Sony makes some of the best noise-canceling headphones and earbuds money can buy — the WH-1000XM3 and WF-1000XM3 are widely considered to be the gold standard in each of their respective product categories. Not content in its dominance of the general-purpose market Sony has added a pair of fitness-oriented ANC buds to its lineup in the WF-SP800N (killing it with these names) and for $200 they offer almost everything you could ask for in a pair of gym earbuds. 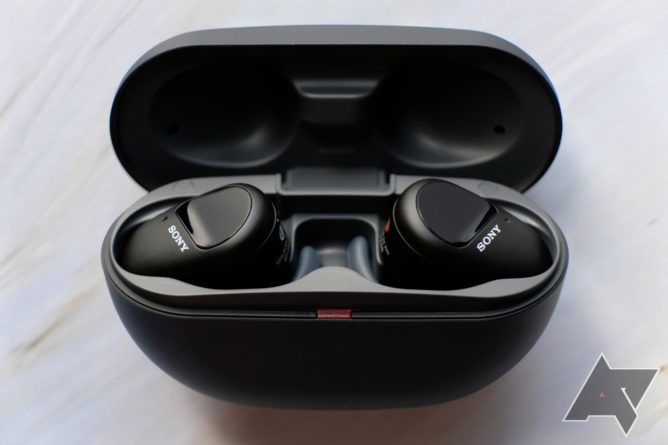 If you're a tech-as-fashion-accessory type, the WF-SP800N are not for you. As much as I love their functionality, I can't get over how goofy Sony's earbuds always look. Next to something sleek and modern like the new Pixel Buds or Galaxy Buds+, they're patently ridiculous — like what you'd get if you'd asked someone 20 years ago to sketch what they thought a pair of earbuds would look like in 2020. They're fairly similar to the WF-1000XM3, sticking pretty far out of your ears and extending toward your mouth like the Bluetooth headsets of yesteryear. The case is a bit ungainly, too: it doesn't look quite right from any angle. Still, it's small enough to stick in most pockets.

Looks aside, the hardware is great. The buds have noise canceling, and are able to detect when they're in your ears to automatically pause playback. And unlike the WF-1000XM3, they're IP55-certified, so you can get as sweaty (or dusty, I guess) as you please while running with them. 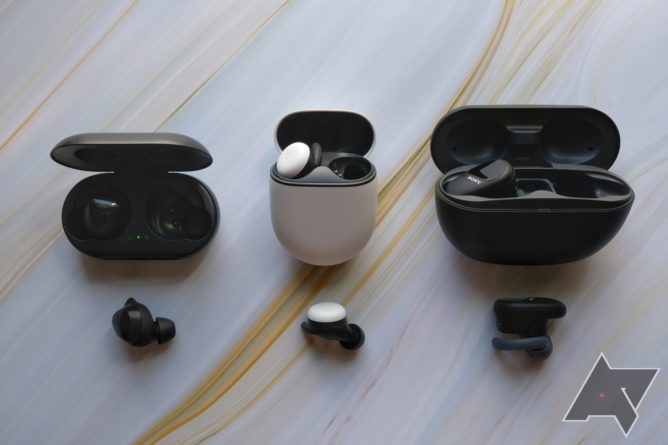 Along with the buds and their charging case, Sony includes a charging cable, three different sizes of ear tips, and one additional pair of stabilizing fins. Those fins are great for keeping your buds in place as you hike or jog, but in my experience, both included sizes tend to get uncomfortable after a few hours of wear. You can remove the fins entirely, but because of the earbuds' bulk, that compromises their stability considerably.

The WF-SP800N sound really nice. Although they are part of Sony's EXTRA BASS™ line, they're not as bassy out of the box as the WF-XB700. Unlike with those less expensive earbuds, though, Sony's Headphones Connect app lets you adjust EQ here, so you can crank bass pretty high if that's your thing, or tune the it down for a more accurate profile. I'd call their performance for calls above average for true wireless headsets; callers never complained that I sounded distant. Of course, I haven't been able to test them in the bustle of a coffee shop. There's no aptX support, if you care about that, but audio latency is still effectively zero. 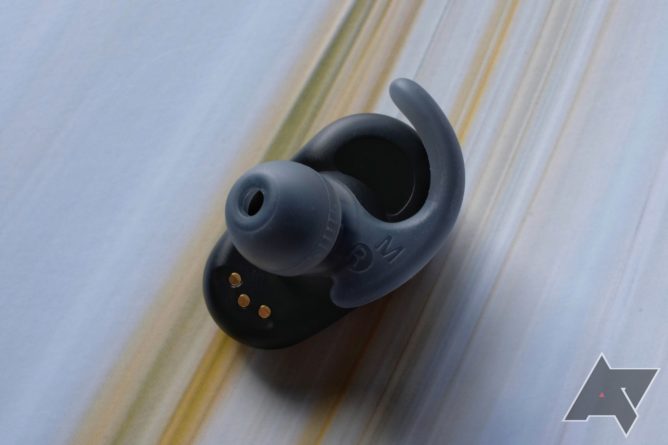 They lack the WF-1000XM3's dedicated QN1e noise-canceling chip, but the WF-SP800N do have active noise cancellation. While it can't compete with over-ear ANC headphones like Sony's or the Bose 700, it does help the buds block more external noise than pairs without ANC. It's not very good at blocking high-frequency sound, but the drone of domestic HVAC or the bass of a TV on two rooms away is satisfactorily muted. I'm itching to test it in a crowded gym (that is, after all, what these earbuds are for), but alas.

Even on top of ANC, the WF-SP800N have plenty of bells and whistles. There's in-ear detection to pause playback when a bud is removed — though, unfortunately, only the left earbud can operate on its own. They've also got Google Assistant integration — complete with in-ear translation and notification readouts — and fast pairing, very handy features I'm coming to expect from all earbuds in this price range. 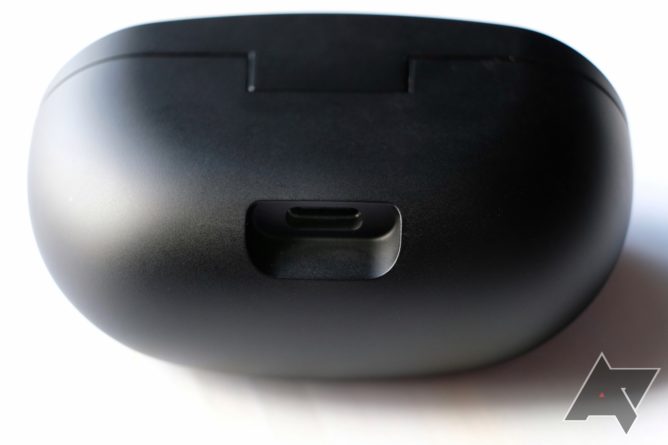 Battery life is excellent at nine hours with ANC or a whopping 13 without — Sony has dethroned Samsung as the ANC battery king. The buds are comparatively huge, though, so battery life really has no excuse not to be great. The case contains just one additional charge, which is a little disappointing considering how chunky it is. Also disappointing: it lacks wireless charging.

If you want workout-friendly ANC earbuds and don't mind their looks, yes. The WF-SP800N sound very nice, fit securely, and have plenty of features. Noise canceling isn't as robust as what you'd get from over-ear headphones (including Sony's own), but, being earbuds, these are much less inconvenient to lug around.

At $200, the WF-SP800N are within spitting distance of Sony's WF-1000XM3, which retail for $230 (and are frequently discounted). The XM3 eke out better sound and noise canceling thanks to specialized hardware, but the 800N offer water resistance, a more secure fit, and markedly improved battery life. Which will be a better fit for you is down to your use case: shorter, stationary listening sessions? Go for the XM3. Marathon earbud use (either literal or figurative)? The WF-SP800N are likely the play for you.

You want to drown out noise on your runs.

Water resistance and super-long battery life don't matter to you. Opt for the similarly-priced WF-1000XM3. 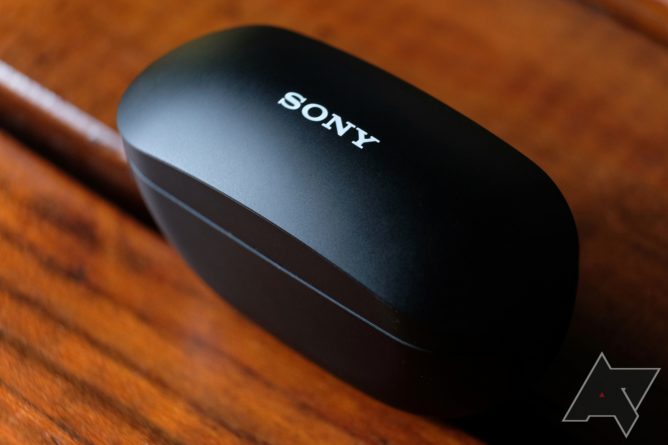