Earlier this month, an update to the Chromecast built-in app on Android TV finally brought with it speaker grouping, but it was removed soon after. It turns out this update introduced another feature that went unnoticed until 9to5Google spotted it: Chromecast audio streams no longer need to remain in the foreground to keep playing, they now support background playback.

This won't work if you have the latest stable v1.44 of the Chromecast built-in app on your Android TV. You need v1.47, which is available once you join the app's beta program or if you sideload the latest APK from APK Mirror. 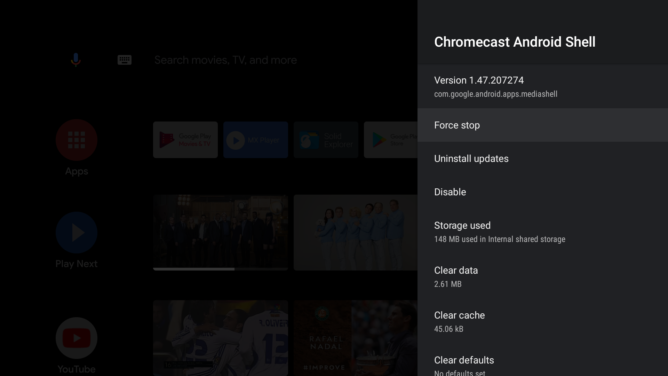 Once it's installed, you'll notice that you can back out of any audio stream you've cast onto your Android TV, and it'll keep playing in the background. A little notification pops up on top of your homescreen showing the currently playing audio with the option to open or stop it. Your TV remote's play/pause buttons work in the background too, but not skip or rewind ones. 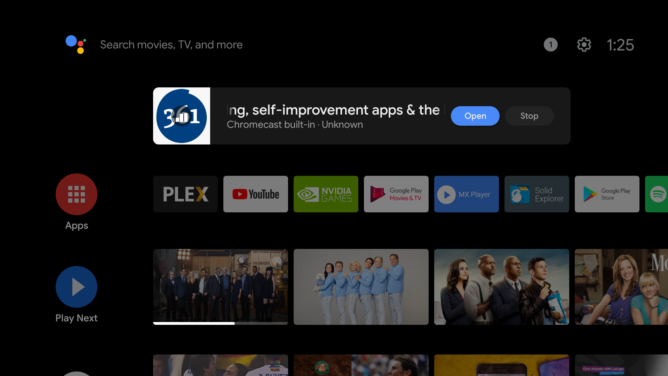 I tested this with both the YouTube Music and Pocket Casts apps on my phone, casting the audio to my Shield TV, and it worked as described above.

The Google app's dark theme is officially rolling out in stable this week, but only on Android 10