Once you receive the redesign, you'll notice that the always accessible search bar up top has been removed, making way for a simple "Google Photos" header that also loses the hamburger menu. This top bar is followed by the familiar Memories section and your most recent images further below. With the hamburger menu and the search bar gone, the bottom bar has seen a rearrangement. It has increased its number of items from four to five, namely Photos, Search, For you, Sharing, and Library. That means you have to head to another tab to search for your images, which is a decidable deemphasis of the feature. 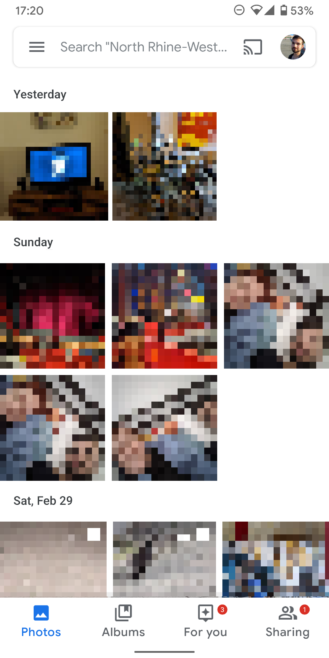 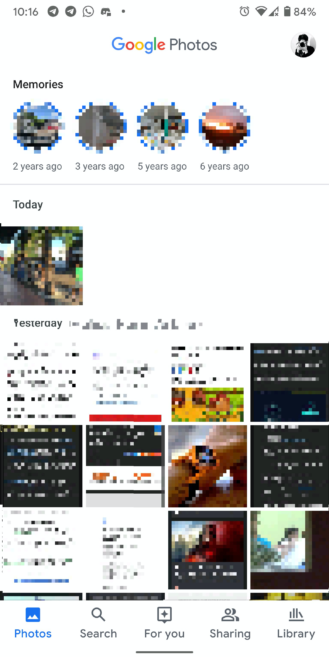 When you tap the search tab, the keyboard won't immediately open. You'll instead see a few suggestions that are visually much more pleasing than the ones you'd receive in the old interface. People & Pets previews are much bigger, and places and things suggestions are accompanied by photos. This makes the tab look pretty much like the old album tab that (weirdly enough) gave you access to these sections, too.

When you scroll down, you also get specific search terms in the form of categories, like "screenshots," "selfies," "videos," and more. You can additionally easily access recently uploaded photos there, which helps you find those five-year-old images you've just uploaded from your computer — previously, you had to use a URL hack on Google Photo's web interface to make them surface. Google actually promised to add this feature to the app, so it's great to see it's now there. 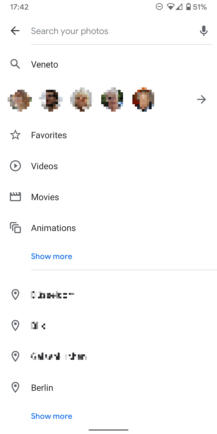 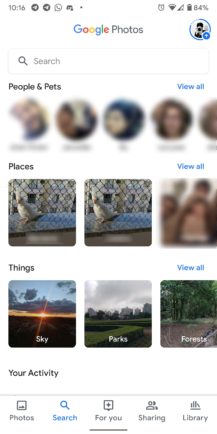 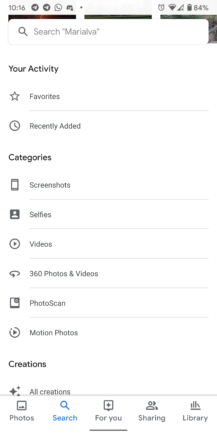 The album tab is gone in the redesign, but its content lives on in the new Library section that also collects some items that were previously in the hamburger menu, like device folders, the archive, trash, and some "utilities" — we guess the latter gives you access to tools like "Free up space" and "Manage your library," which you could previously find in the sidebar, too. The photo book store might be located there, as well, (Update: It's not in the account picker.) 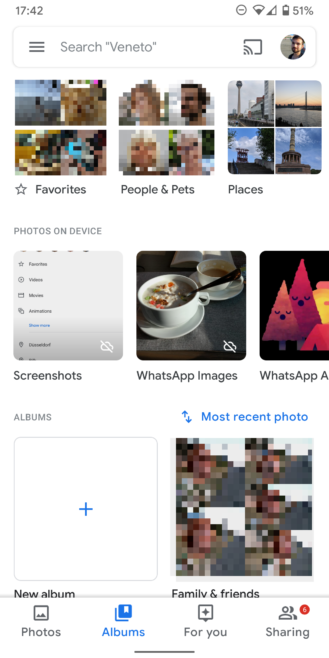 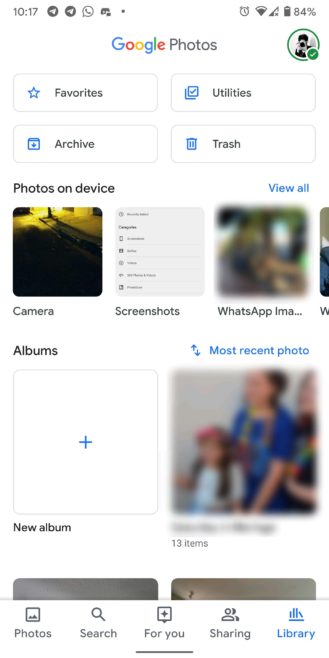 The interface is rolling out as a server-side update, so there's nothing you can do to get the new UI right away. In fact, it looks like a very limited release as none of us at here Android Police have received it yet — we've got to thank our tipster Thiago for sharing the screenshots. It might help if you use a recent version of the app, though, so be sure to check if you've got the latest release from the Play Store.

We've got some more screenshots of other parts of the app. Despite Google's substantial improvements to the system share menu with Android 10's recent feature drop, the Photos redesign keeps its custom implementation for sharing. Like other Google apps that have received the new account picker, Photos' top right menu has now additionally gained a settings shortcut, a help & feedback entry, and an option to free up storage, along with the existing backup status. The photo books entry isn't in there. 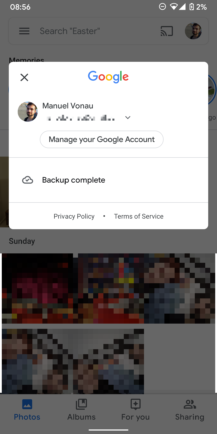 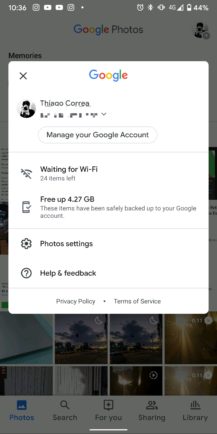 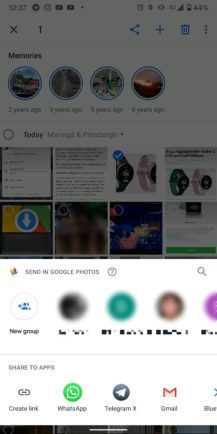 Google wouldn't be Google if it didn't test eleventy different versions of a UI redesign before settling for one. As such, a variant with only four tabs has surfaced that moves the sharing icon from the bottom bar up to the top left, where the hamburger menu used to sit. We'll see which version sticks, eventually. Thanks: Tommaso! 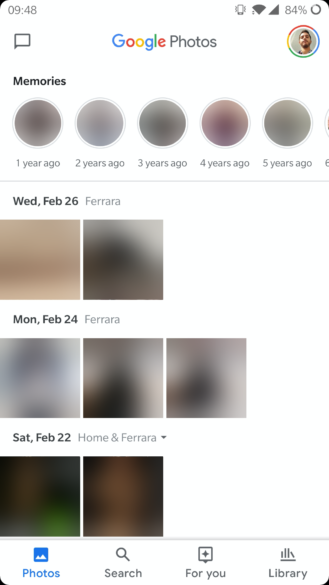 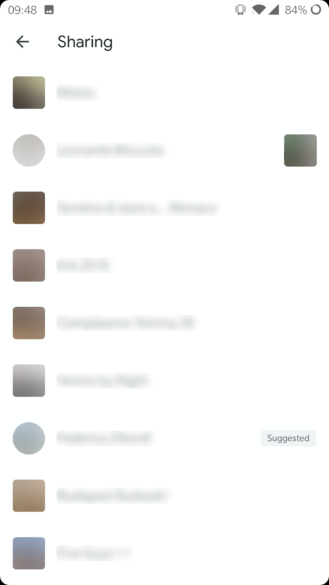 Yet another variant has also been spotted in testing for Google Photos. This one also forgoes the Albums tab in exchange for a new Library tab, as the previous tests did, but the For you tab is now under Library -> Utilities:

This change is almost assuredly controlled by a server-side flag in limited testing, and Google Photos must have hundreds (if not thousands) of different possible feature flag combinations at this point. As always, there's no telling which changes Google will ultimately settle on, but the company's clearly rethinking the app's interface, especially when it comes to that bottom navigation bar. 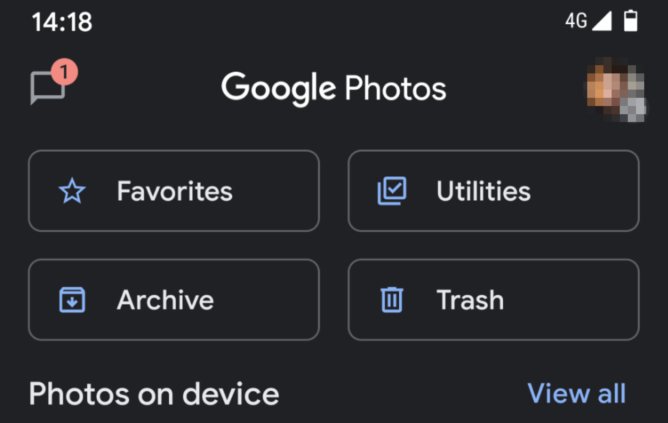 "For You" content is found under "Utilities" in the "Library" tab.