Most proper EQ apps only work with rooted devices, but as it turns out, rooting isn't necessarily a prerequisite. There have even been some rootless apps like Music Equalizer for a long time, but many of them are rather clunky to use. Thus, a new app called Wavelet decided to go ahead and try to occupy that easy-to-use niche. It comes with a sleek interface that offers extensive customization options and a library of 2,000+ headphone profiles that helps you get the most neutral sound possible with the option to fine-tune, and it can even enhance some phone speakers. 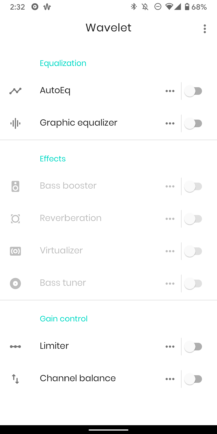 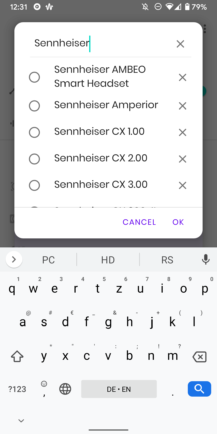 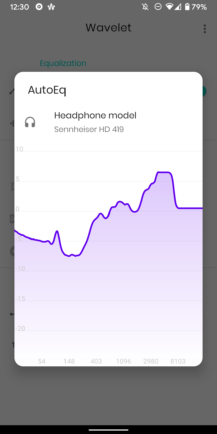 Wavelet's AutoEQ is based on an extensive library on Github, built to make headphones sound more neutral.

Walvelet's headlining feature is the integration of AutoEQ, an extensive community project hosted on Github. It's focused on tuning headphones to sound as neutral as possible, canceling out any manufacturer-specific pre-set equalization. Currently, more than 2,300 headphones are supported out of the box. If you're particularly sensitive, you may experience some distortion, as with any EQ, but it should be inaudible for most people — someone looking for neutral sound on Android will certainly benefit from the app.

The EQ hooks into the audio sessions music and video apps create when they start playing music or other content. Some applications use an older implementation, though, so if Wavelet's interface shows up empty while you're playing content, tap the three-button menu in the top right corner and try the legacy mode, which is missing some features. This is necessary for Tidal, YouTube, Soundcloud, VLC, PowerAmp, and some others.

Wavelet's interface is as simple and straightforward as it gets. Tap AutoEq and search for your headphones. You can then fine-tune the recommended adjustments or just turn on the EQ via the toggle next to the entry. There's also a Graphic equalizer option below it that allows you to use and play with presets like bass/treble boost/reduction, loudness, vocal boost, and more. Further below, you can turn on and adjust the limiter, which is particularly useful when you deal with songs with severely varying volumes. You can also modify the channel balance, which is great if you're hearing isn't 100% even on both ears or there are some hardware issues with your headphones. More information on all of these settings are available on the app's Github page.

I'd love to see an option to revert to the default settings, but other than that, the UX is easy enough to grasp, even for people who may not know too much about audio. 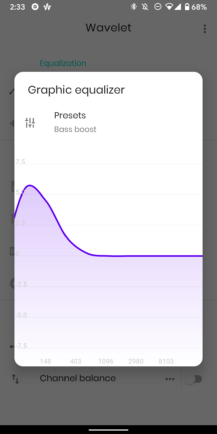 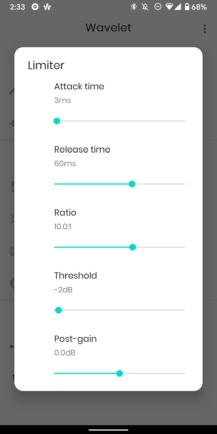 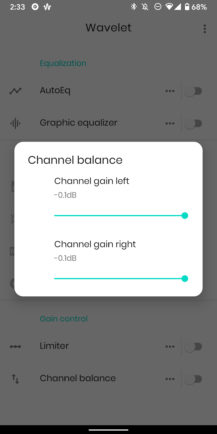 Further options in the app.

There's only so much an EQ can do to improve poor hardware, and I personally prefer the more bassy tone that my Sennheiser HD 419 headphones produce by default, even if I recognize it's mushier than the recommended AutoEQ setting. I've found myself gravitating to a combination of AutoEQ and the bass boost option in the graphic equalizer, but I'm not 100% convinced I'm happier with that sound. Other people may still prefer the flatter, more neutral listening experience the EQ enables, so if you're interested, just test the app for yourself.

It's available on the Play Store and over at APK Mirror. Basic functionality is free, but reverberation, a virtualizer, and bass tuner effects are locked behind a $5.49 in-app purchase.

Nokia 5.1 Plus handsets are starting to receive Android 10