For some reason, Pixel phones tend to exhibit the strangest bugs, and we might have just run into yet another weird one. Pixel 2 and 2 XL owners have been reporting for more than two years that some images available through the Google Wallpapers app make their SystemUI crash repeatedly to the point of a device shutdown. With no chance to change the wallpaper in that timeframe, they have to factory reset their devices to make them functional again.

A tipster reached out to us with a detailed report on the issue. He says he first ran into the problem when he activated the daily wallpaper function in the Cityscapes section of Google's background app. After a few of the images changed automatically without hiccups, he ran into one picture that caused his SystemUI to crash repeatedly, followed by a complete shutdown and a boot to the recovery mode with a message saying that the data on the phone may be corrupt. While it was possible to boot the phone again, the SystemUI crashes persisted and hindered our tipster from entering his PIN code, let alone change the wallpaper. 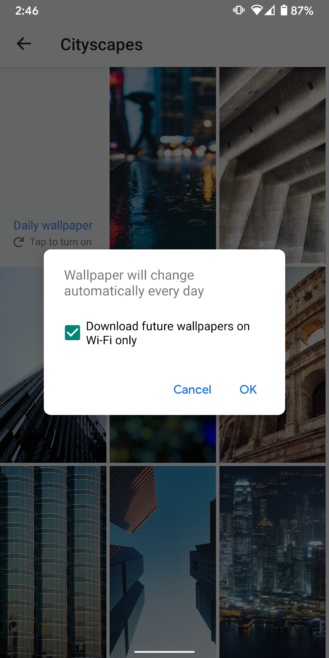 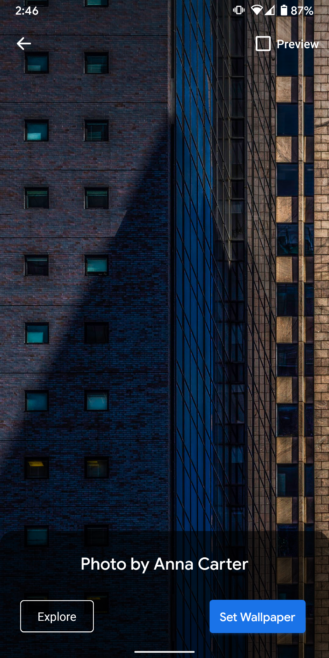 Rebooting into safe mode also didn't help, as the wallpaper remains active there. The image didn't even automatically refresh the next day, possibly because of the SystemUI crashes. The tipster also couldn't change the wallpaper via ADB, as he would have had to unlock the phone before ADB access is allowed. Since our tipster's phone isn't rooted and the bootloader is locked, he also didn't have any other means to enter the phone. Thus, a factory reset was the only solution, complete with the ensuing data loss.

Other Pixel 2 owners on Reddit report that they've run in similar issues. In a two-year-old thread, people speculate that images with wide color gamut extending over the sRGB space may be the culprit. The Pixel 2 seems to have trouble with these when you want to use them as wallpapers, and instead of refusing to work with these images straight away or converting them, the SystemUI simply crashes.

There's even an entry in the Google Issue Tracker regarding the topic. Some people here speculate that it's a size problem on top of the high-gamut woes, and one person even reproduced the issue on a Pixel 3 XL and an emulator, suggesting that it might be more widespread and extend to other phones than just the Pixel 2. While I couldn't recreate our tipster's issue with his specific wallpaper on my Pixel 3, I'll use the daily changing option for a while to see if that leads to any crashes. Unfortunately, Google marked the Issue Tracker report as "Won't Fix (Not reproducible)," so it's been pending without progress since the days of Android 8.1.

@madebygoogle Pixel 2 XL in infinite SystemUI crash loop after setting daily wallpaper in the Google's Wallpaper app. I can't use the phone at all now. Thanks, Google! Love your products... https://t.co/MfCB6MeXVQ #madebygoogle #googlepixel #pixel2xl

The SystemUI issue affects many people, and there are reproducible reports, even if the culprit isn't 100% known. Since the problem has been lingering for a while and locks out owners from their phones and data saved to it, it's time for a thorough investigation from Google. People need to be able to rely on pre-installed software, especially if can make their phone temporarily unusable.

Wallpaper removed and fix in the works

A week after we first reported the problem, Google has finally reacted and removed the wallpaper in question from its app, as stated in the corresponding Issue Tracker item. The company is also working on a preventative fix for an Android update.

Thank you for taking the time to report this issue. We have removed the wallpaper in question from the app and will roll out a preventative fix in a future Android release.