Google's Play Music & TV service has been long overdue for an update and revamp, especially on Android TV. The app has stagnated behind its counterparts, like the Play Store and YouTube, which got an interface uplift on Android TV in the past months, but it should be getting an overhaul according to new leaked screenshots.

The redesign seems to target the Android app on phones, tablets, and TVs, with the latter being the most interesting. The screenshots look a little like YouTube does now on Android TV, and are very similar to the revamp that rolled out to Roku two years ago, almost to the day. You'd think a two-year-old UI is not fresh, but it's not as bad as the current interface — I don't recall it being updated in, oh well, forever. The app even lacks account switching, a feature all of Google's services offer in some (convoluted) form on Android TV. It was actually one of my biggest complaints when I talked about Android TV's abysmal support for multiple users. 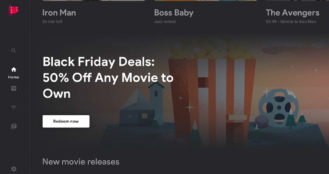 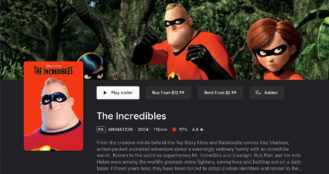 The leaked screens show a smaller dark side bar, with a homescreen for new releases, offers, and in-progress movies and shows. There are separate sections for TV shows, browsing by genres, and your library. Listing pages also look fresher. There's no word on whether multiple accounts would be supported, but we're hoping they are.

It seems @GooglePlay Movies & TV for #AndroidTV is finally getting a major UI overhaul. It does look a bit like YouTube in those renders from last year, so it may not be the final design. Hopefully it's launching soon. pic.twitter.com/9tX4hywUHF

However, this is only still a rumor, and we don't know whether the UI redesign is happening for real. If so, other unknowns remain, such as when it will roll out and whether this is the final interface we can expect or if it'll be a different one. We'll keep an eye out and let you know once we have more details.