I've been very clear about my love for Samsung's One UI, but not everyone feels the same way, preferring a more Pixel-like experience. Thankfully due to the inherent flexibility Android affords, that's something easily accomplished. I'll be using my S20 Ultra for this demonstration, but these steps can be used on any Samsung device running One UI 2.0.

Hex Installer is one of the best tools for customizing One UI. It allows you to create a custom theme with custom accent colors or making UI elements less rounded, matching the Note series. The themes you create are recognized by the built-in themes app, so applying it doesn't require modifying your phone in any way. The app uses plugins, modules that can be downloaded through the Play Store to apply specific styles to your theme. In this example, we'll be using the AOSP Q Experience plugin to achieve a stock appearance.

Once both apps are installed, head into Hex and press edit. From there, enter the plugins menu and choose AOSP Q, then go through the various menus and tweak things to your liking. There's a lot that can be changed, and we don't have time to delve into everything today. If you want a basic AOSP look, just leave everything as it is once the plugin is selected, press the install button, and follow the instructions provided by the app. Hex will set you back $2, which is more than reasonable for an app this powerful. 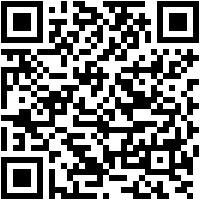 Something to note right off the bat here is that you can't use Android 10's navigation gestures with third-party launchers on Samsung phones. Google implemented it for Pixels late last year, but Samsung devices won't be able to until the release of One UI 2.5 later this year. You can still use Samsung's gesture system or the traditional navigation buttons, of course.

If you want the true Pixel experience for your homescreen, then Lawnchair Launcher should be your first port of call. Based on the Pixel Launcher, Lawnchair offers extensive customization along with standard Pixel features like at a glance and Google feed integration.

For your icons, you'll want to head into Lawnchair and change the adaptive icon size to round. You can leave things there if you wish, but I like to use a Pixel-style icon pack too. My favorite is Pixel Icons, which is regularly updated and boasts more than 3,000 icons.

To complete the homescreen, you'll want a nice wallpaper to finish things off. STOKiE is one of my favorite apps, featuring thousands of wallpapers from hundreds of devices, including Pixels. Open the app, choose Google from the list of manufactures, and select a Pixel. All of the wallpapers from your chosen generation of Pixel will be there to choose from. 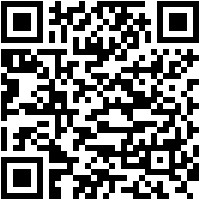 If you aren't a fan of Samsung's gesture navigation and prefer the old-school buttons, you can change them to look like Pixel buttons. I've praised Good Lock a lot since I joined the Android Police team, and with good reason. Offering custom ROM levels of customization without rooting your device is something other OEMs don't come close to matching.

Installing NavStar allows you to tweak your navigation bar, add extra buttons, set it to auto-hide, and change the design of the buttons. One of the included styles closely resembles that of stock Android, if not perfectly. Switching themes is as simple as tapping the one you want and leaving the app.

Good Lock and its modules are available on the Galaxy Store, or from APKMirror here: Good Lock, NavStar.

Follow these steps and your Samsung phone will look and feel more like a Pixel, if that's your thing. Although I usually prefer to keep things as Samsung intended, the nice thing about Android is that you don't have to agree with me. It only takes a few taps to change the experience to your liking

How to transfer your Google Play Music library to YouTube Music