TCL has released plenty of smartphones under the BlackBerry and Alcatel banners, but last year's Plex was the company's first self-branded phone. Next week, two new devices join the young family: the super-cheap TCL 10L and the mid-range TCL 10 Pro. At $449, the 10 Pro gets a lot right — but unpolished UI and shoddy image processing hamper what could have been an interesting player in the budget space. 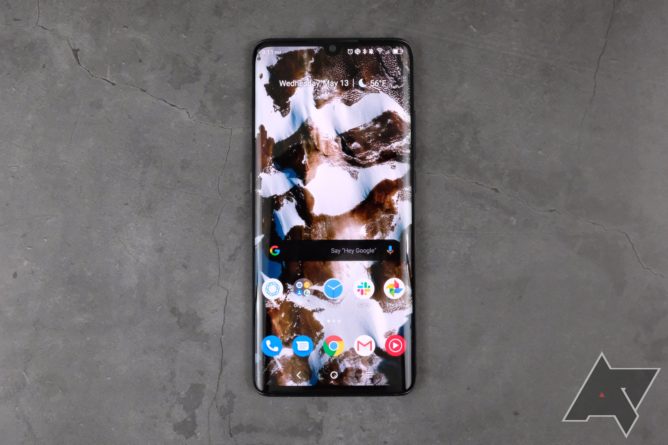 The 10 Pro feels about as good in the hand as a $450 phone can. It's got a frosted glass back (just for looks — no Qi here) and an aluminum frame, and it's big, with a 6.47-inch display. That size is, to me, the sweet spot for large phones — any bigger would be too big. The panel is 1080p and AMOLED and perfectly serviceable, with punchy colors and adequate brightness, even outdoors. There's a notch for the front-facing camera, and while that look is pretty tired in 2020, I don't hate it here. There's also a fingerprint scanner under the glass, a rarity at this price point. It's slow, but accurate enough to not be a frustration. 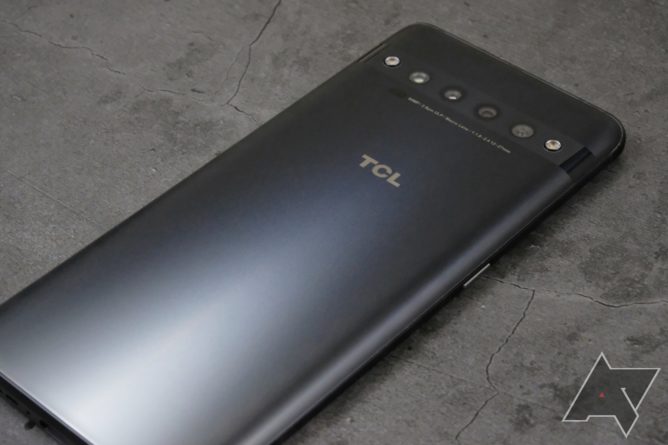 The "Ember Gray" finish is a little boring.

On the side opposite the power and volume keys, there's a customizable hardware button that you can set to do just about anything, with three actions possible at any given time (assigned to press, double-press, and long-press); I've been using it primarily as a silent mode toggle. There's also a headphone jack, a Micro SD card slot, plus an even more niche throwback feature — an IR blaster to control your TV and other appliances. 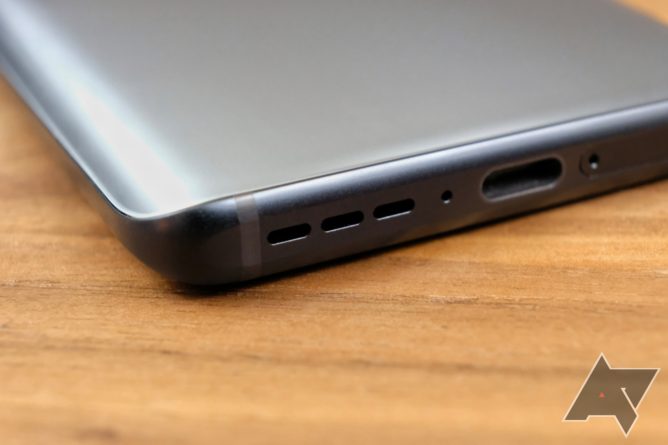 The 10 Pro comes with the normal literature, a USB-C charger, and a clear TPU case (nice!).

I don't love what TCL's done with Android 10. It won't be alien to anyone familiar with Android, but the whole UI has a patina of budget awkwardness over it. There's the usual stuff: duplicate apps (including cruddy Gallery and Notes apps) and bloatware (Facebook and Netflix, among others). There are also more exotic annoyances like a lock screen that, by default, doesn't show any notification content, and gesture navigation that pushes the keyboard all the way to the bottom edge of the screen, more or less forcing you to relearn how to type.

Software is a bit goofy. Note how low the keyboard is in the second screenshot.

Then there are benign but nonetheless grating issues like an unnecessarily large quick settings panel and a pop-up the first time you open each app asking whether you want to let it open in the background. There aren't necessarily any software deal-breakers, but there's a ton of irritating quirks.

There's also the question of updates. With the 10 Pro, TCL is only committing to a single OS update (to Android 11). That's something, but at this price, you're probably not buying a phone to use for a single year.

Performance, on the other hand, is completely okay. The mid-range Snapdragon 675 has enough oomph to power my normal phone usage, and the included six gigabytes of RAM were never a source of frustration; apps were rarely booted out of memory. More than ever, I'm questioning the practical benefit of bleeding edge specs.

Battery life is another strength. Granted, I've been spending a lot more time on Wi-Fi than usual (as many of us have), but the 10 Pro's 4,500 mAh cell has reliably lasted me more than 24 hours on a charge with mixed use, with screen time over six hours.

There are four cameras on the back of the 10 Pro: primary, ultrawide, macro, and a dedicated sensor for low-light video. I'd have happily taken a zoom lens over the low-light, the macro lens, or even the wide-angle; I want pictures of faraway things much more often than I do very wide or tiny ones. At press time, by default, photos from the 10 Pro have a gaudy TCL watermark, but it can be disabled in the camera settings, and the company tells me it'll be off by default following a planned update. Results from the cameras here are mixed. While it's fun to be able to frame a shot in so many ways, even in ideal lighting conditions, TCL's image processing struggles with color, sharpness, and dynamic range. Photos are generally okay at a glance, but punching in is a nightmare, even on shots taken at the primary camera's full 64-megapixel resolution (it kicks out 16-megapixel images by default). 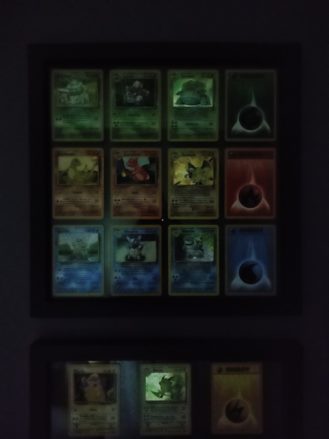 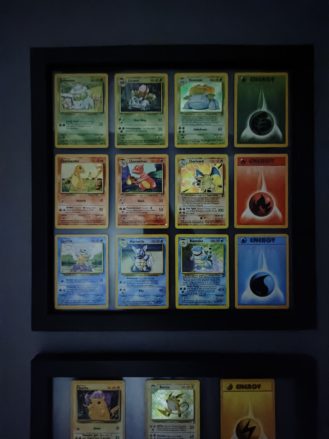 TCL's low-light setting, Super Night mode (above), does manage to pull more detail from dark scenes than auto mode, but results still aren't good enough to, say, post on Instagram. Shots can also take five or six seconds to take, which is wildly inconvenient, especially given their quality.

I wouldn't. For $450, you're getting a big phone with solid performance and battery life, but camera performance and software disappoint. TCL also currently only guarantees a single OS update, effectively negating the biggest reason to buy a new phone over an older model.

You can get the T-Mobile version of the OnePlus 6T for $350 — and, despite being nearly two years old, it has better cameras, a better chipset, and more RAM than the TCL 10 Pro. There's also the recent Samsung Galaxy A51, which is a very solid option at $400. If you're not married to Android, the iPhone SE is another great pick, also at $400. And while we don't know everything about it just yet, the Pixel 4a is just around the corner, and it's sure to be competitive with the 10 Pro on price.

You want a brand-new large phone with good performance, build quality, and battery life on a budget.

You're hung up on camera quality or thoughtful software design. You won't find them here. 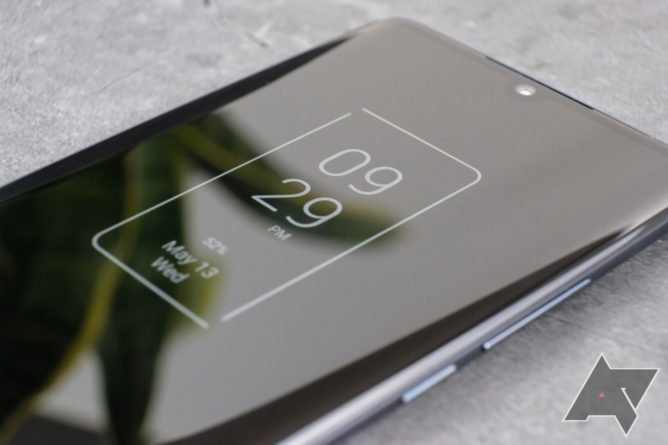 You can now talk to JustWatch on Google Assistant