Someone call the plumber because Samsung has sprung another leak. Coming on the heels of the Galaxy Fold Lite rumors, it looks like a new contender from Samsung will be entering the budget arena soon. The A21s allegedly features a 6.5-inch hole-punch display, 48MP camera sensor, and a low price tag.

The rumored A21s might have a big 6.5-inch, but the resolution is just 1600 x 720, which sounds like it could be a little grainy. At least there's a hole-punch selfie camera in the left-hand corner to maximize the screen area and add some 2020 style. Maybe the leaked Pixel 4a wallpapers will look good on it? 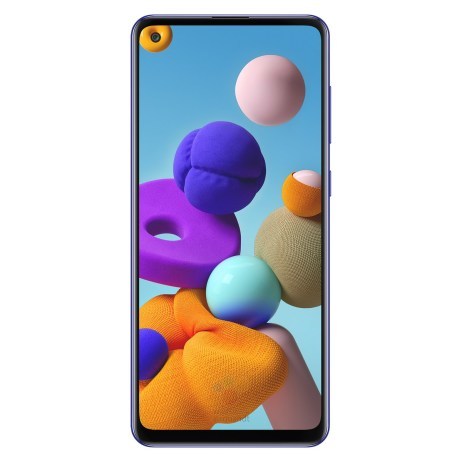 Inside, the leak claims Samsung will use a new in-house SoC—the eight-core Exynos 850. Paired with 3 GB of RAM, this should be fine for normal usage, although it certainly won't be a gaming powerhouse. Storage comes in 32GB and 64GB options, and because this is a Samsung phone, you can add more with microSD card support. It has four cameras, including a 48MP main lens and a wide-angle. There's also NFC, Bluetooth 5.0, and *gasp* a headphone jack. The device will come in three colorways with a starting price around €199, placing it solidly in the budget market.

Samsung makes a lot of phones at a lot of price ranges, and most of them are pretty successful. When Corbin reviewed the recently released A51, he found the cameras to be a bit lacking but praised the overall hardware. The A21s is likely to continue this trend when it's released, but it will face some stiff competition from the upcoming Pixel 4a.