Apple CarPlay has been supported on the company's Boom Box system since mid-2018, so the arrival of Android Auto compatibility is more of a long-awaited update, rather than a surprise. Before now, it wasn't uncommon for bike owners to rip out the integrated systems in Touring motorcycles and replace them with Auto-compatible head units.

It appears the next motorcycles to get Android Auto are Honda's Gold Wing bikes, according to a press release from the company. Current models should receive an update that adds Android Auto to the built-in entertainment system in mid-June of this year. 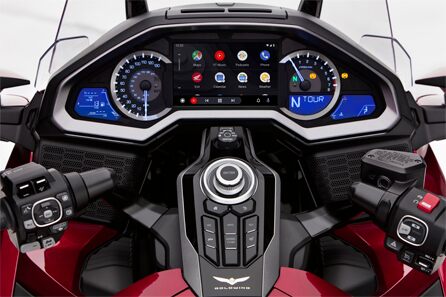 Enjoy this low-res rendering from Honda.

As with the Harley-Davidson bikes, the Gold Wink motorcycles already supported Apple CarPlay, but better late than never, right?