Poco’s first phone created quite a stir back in 2018 when it came out rocking the then-flagship Snapdragon 845 chip for an astonishingly low price tag of about $300. It took the Xiaomi spin-off close to two years to deliver its hotly anticipated follow-up, which finally landed on a global stage today. Named F2 Pro, the 2020 Poco flagship has received a serious spec bump from the previous model but has lost the price advantage that helped the brand stand out in its early days.

Xiaomi has lately started slapping the Poco label onto its Redmi phones to market them outside China — a strategy it also adopted for the mid-tier Poco X2 a while ago. The smartphone maker has taken the same approach for the Poco F2 Pro, which is nothing but a rebranded Redmi K30 Pro that debuted in March.

The only difference we could pick out is their software: the F2 Pro uses the Poco launcher, which looks closer to stock Android even though it’s still based on MIUI. Another possible change is that the Redmi model is IP53 rated, but Poco doesn’t advertise any form of water resistance for its latest flagship. It's highly unlikely that the Poco uses a separate assembly line from the K30 Pro just to avoid having protection from liquids, so chances are the F2 Pro supports the same kind of water resistance and the manufacturer just cheaped out on an official certification. Barring these two, everything else looks like a copy-paste job — even the color options haven’t changed.

Announced in 2018, the F1 wasn’t particularly a looker with its broad notch and plastic back panel, but that dated design did help the company keep prices low. With the 5G-enabled F2 Pro, Poco is flipping the situation by going for more premium build materials and a clean front that isn’t marred by a notch or a camera cutout, which does feel like a big upgrade over the visibly mediocre F1. On top of that, the device earns some extra brownie points by doubling base storage and using a newer liquid cooling tech. 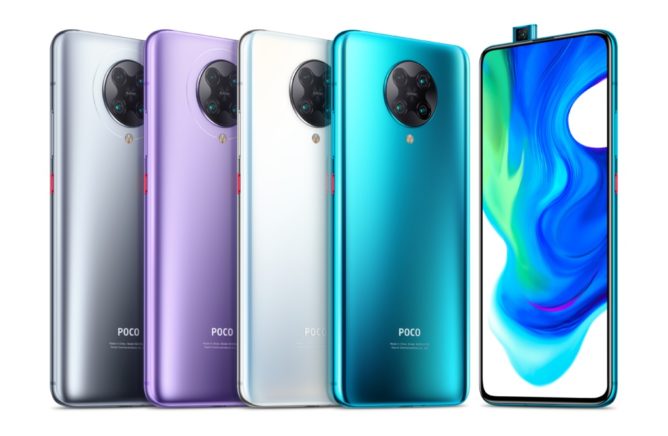 Interestingly, Xiaomi did announce the phone’s 'global availability' in partnership with two Chinese mass-scale online retailers AliExpress and Gearbest, likely in desperation during the ongoing pandemic. Going by this logic, every little trinket available on these two stores (and a thousand others) can claim to have an international reach, but this is hardly the sort of mainstream retail availability shoppers expect. By suggesting people to take this route, Xiaomi puts the burden on end-buyers to deal with the hassle of overseas shipping and import taxes, likely without being entitled to any after-sales support. Not to forget, Gearbest underwent a major data breach last year, so maybe hold off on going this way.