The Newton Mail journey has been something of a rollercoaster ride. The innovative mail client had something of a cult following which it clearly wasn't able to convert into profit so its developers announced that it would shut down back in 2018 right after an unpopular price hike. It was then revived by Andy Rubin's Essential in 2019, but we all know how that worked out. Just when we thought it might have been gone for good, Newton Mail has now been acquired by a couple of users who couldn't bear to see it die.

In a post on Medium, Maitrik Kataria explains that he and Justin Mitchell have teamed up to purchase Newton Mail's parent company CloudMagic and outlines plans to restore Newton Mail to its former glory. It wasn't an easy process, by the sounds of it, as they weren't the only ones bidding for the IP, but they won out and have laid out their plans for the future of the business.

First of all, they're instituting a contingency plan to ensure the app's existence isn't threatened once more. They're going to open-source Newton Mail so that it can be continued by the community should anything go wrong. Kataria and Mitchell have vast experience building software products for startups, and they're pledging to go back to basics so that Newton Mail can be lean and profitable. Customer satisfaction will be the main focus, and the original $50 per year pricing won't be increased as it was under previous management.

The new owners also plan to substantially improve support for and communication with users with a new SaaS approach (Software as a Service). It goes without saying that listening to your customers is a good idea, and thankfully, they seem to understand that from the get-go. In terms of new features, there's an aggressive plan to implement those most requested — such as dark mode and fixing Superchargers — within the next six months. One of the first changes Kataria and Mitchell have announced is an immediate policy change moving the service towards GDPR compliance, which is reassuring. 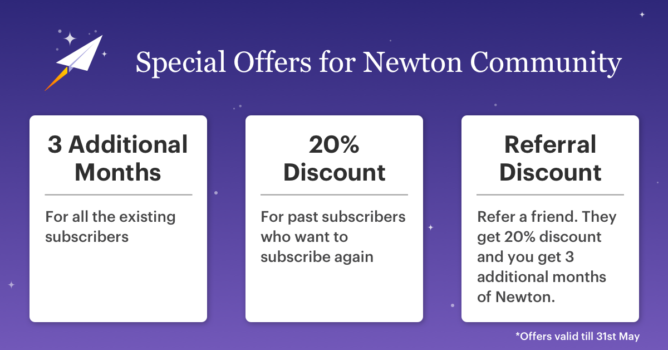 To get things off to as good a start as possible, current subscribers will be given three extra months for free while those who have previously canceled can come back into the fold with 20% off. Referring a friend will nab you three more months of Newton for free, and your pal will get 20% off too. For more information, see newtonhq.com. Here's hoping this is more than just another false dawn for fans of the service — we'll certainly be tracking its progress with interest.

Pixel 4a launch could be postponed to early June