Since then, Fossil has released a few new watches based on the Gen 5's hardware, like the larger Garret HR and Diesel On Fadelite. The Skagen Falster 3 is the latest variant, and for fans of the minimalist design of Skagen's watches, it's a significant upgrade — the Falster 2 was one of the last watches with Qualcomm's older Wear 2100 CPU.

There's nothing groundbreaking about the Skagen Falster 3, but if you're looking for a minimalist Wear OS watch, there isn't a better option.

For all intents and purposes, the Falster 3 is a lightly-modified Fossil Gen 5 smartwatch. The key difference is the watch body — instead of the bulkier lugs and raised bezels that Fossil's traditional-looking watches have, the Falster line has slim lugs that stick out from the top and bottom of the case, with no raised bezels.

The Falster 3 is ever so slightly thinner than Fossil's Gen 5 smartwatches. All current Gen 5 styles have a 44mm case size with a 12mm thickness, while the Falster has a 42mm case with a depth of 11mm. There are also two designs available: black with a leather strap, and silver with a blue silicone mesh band. Speaking of which, the Falster 3 uses standard 22mm watch bands, so there are plenty of third-party replacements if you ever want to swap out the band.

The rest of the hardware and design is identical to the Fossil Gen 5. You get a Snapdragon Wear 3100 CPU, 1GB of RAM, 8GB of storage, two customizable side buttons, NFC for Google Pay, a speaker, a heart rate sensor, and 3 ATM water resistance. The only feature missing that Wear OS technically supports is LTE connectivity, but that would make the watch larger and raise the price.

In the box, you get the watch, a quick start guide, and a magnetic USB charger. There's no USB wall adapter included, but any old USB Type-A charger will work.

If you've used one Wear OS watch, you've just about used them all, but the platform still shines the brightest with the increased RAM and storage on the Skagen Falster 3. Wear OS generally works well on the Falster 3, with better performance than the Fossil Sport and all other watches with under 1GB RAM. 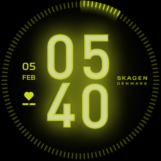 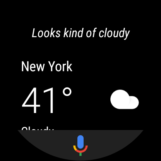 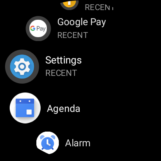 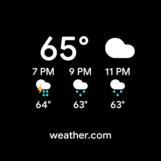 Two of the Fossil Gen 5's exclusive software features have been ported to the Falster 3. First, the watch can act as a speakerphone for calls on both iOS and Android, while most other watches can only do that when paired to an Android phone.

The battery mode selector from the Gen 5 is also present. 'Daily' keeps everything on (except always-on display), 'Extended' disables all radios and features except Bluetooth (you can only turn on the watch by pressing the side button), 'Time Only' shuts off Wear OS entirely and just displays the time, and 'Custom' lets you turn on/off each feature individually. 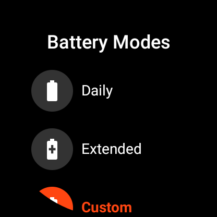 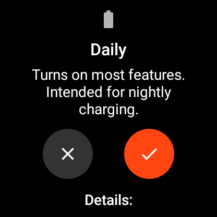 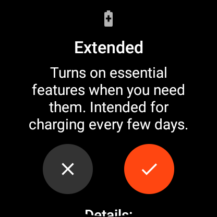 I like to keep everything enabled on Wear OS, including tilt-to-wake (which is disabled by default), and even doing that the battery only dropped to around 40-50% after roughly 12 hours of use. Most people could squeeze out two days of use in the Daily mode, and the Extended mode increases that estimate by about a day.

One downside to the Falster 3 compared to the Gen 5 is that there are fewer included watch faces. Thankfully, there's still a nice variety of digital and analog designs. I ended up sticking with the default 'Digital 3' option, since I like big numbers.

Everything else works as expected for a Wear OS watch: you can ask Google Assistant questions, check notes with Keep, track workouts with Google Fit, and browse the Play Store for more apps and watch faces.

Probably. If you're in the market for a Wear OS watch, the Skagen Falster 3 is definitely one of the best options available. It has all the hardware and software features of the Fossil Gen 5, fitted into a more minimalist design. There's a lot to like with the Falster 3, even with the usual caveats about the minimal effort Google is putting into the development of Wear OS.

The main downside right now is the price: at an MSRP of $295, it's $50 more than the current cost of the Fossil Gen 5. It's possible the Falster 3 will go on sale a few months after release, just like the Gen 5 did, but for now the Falster remains the pricier option.

I've continued using the Skagen Falster 3 for almost the entire time since this review was first published (though I did go back to the Fossil Hybrid HR for a little while). I still think the Falster 3 is the best-designed Wear OS watch, though I'm a bit disappointed that the price is still almost $300.

The overall experience of the watch hasn't really changed at all since my initial review — the software is still okay, and the hardware is holding up. I mainly use my smartwatches for notifications, and even in the regular battery mode with everything turned on, the Falster 3 always lasts me all day. 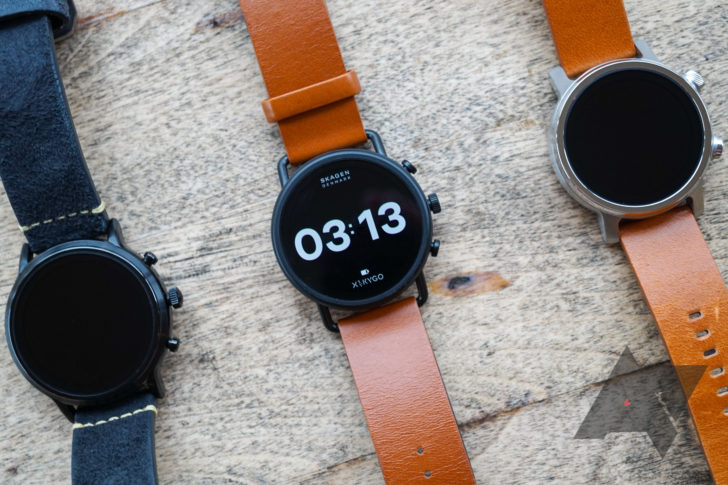 It's worth noting that one hardware issue with Fossil's recent watches has started to crop up — the charging rings on the back have become detached for some people. There are reports of it happening with the Skagen Falster 2, Fossil Gen 5, and other models. I have yet to encounter the issue on any of the watches I've reviewed, but if it does happen to you, contact Fossil's customer service to get it repaired.

Your home is an obstacle course, but that's no hurdle for the Roborock S6 MaxV and its ...

Weekend poll: Do you use widgets on your home screen? And if so, how many?