Wireless chargers come in several shapes and sizes over the years, from stands to pucks and even orbs, but the mechanics behind how they work can make them kind of a pain. Positioning needs to be just so, or the coil on your gadget won't line up with the coil in the charger, and nothing happens. Multi-coil chargers have been a thing for a while, but the new Zens Liberty steps things up drastically, with sixteen coils stacked and staggered across its face. You can pretty much just dump your phone wherever, and it'll charge. It even looks pretty dang snazzy if you opt for the glass-topped version, but you'll pay €199.99 (around $215 right now) for that privilege. The charger is a big, flat rectangle, with a plastic base, rubber feet, and an anodized aluminum bumper in some kind of bronze/brown/purple — it's a good color. It accepts power from a USB Type-C input in the rear center, and has an extra USB Type-A output under a rubber plug on the top corner. A softer rubber bumper rings the glass top on our model, raising phones the tiniest bit so they don't directly touch the glass. (The wool version doesn't appear to have that, the top is just wool.)

Although it might look it, the charger is not too heavy, but it is substantial. I don't really think that pictures quite do it justice, the metallic sheen of the copper coils is tough to capture, and it looks even better in person. We reviewed the more expensive glass-topped version, which exposes the interior array of charging coils, and I think it's definitely worth the extra €50 over the more pedestrian black wool version. 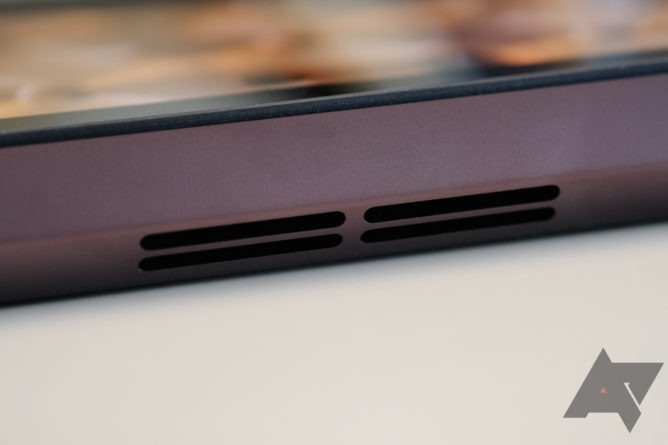 On the front center is an exhaust vent, and a series of perforations on the bottom along the wide rear rubber foot serve as intakes. The fan doesn't always kick on — headphones, for example, aren't enough to trigger it  — but it does turn on for phones. I'd assume it takes a certain amount of wattage (and, therefore, heat) to trigger it.

I wouldn't call it loud, but you can hear it in a quiet room, and I think it's just a bit too noticeable to put on a bedstand unless ambient noises don't really bother you.

In the box, you get the charger itself, a 1.5m USB Type-C to C cable, a 60W USB PD power adapter, and the expected manuals, guides, and warranty cards.

We don't have a lot of hardware on-hand to properly measure wireless charging metrics (It's actually pretty hard to do), but I did everything I could to try to get it to behave strangely. And, as expected with that goal, it did. 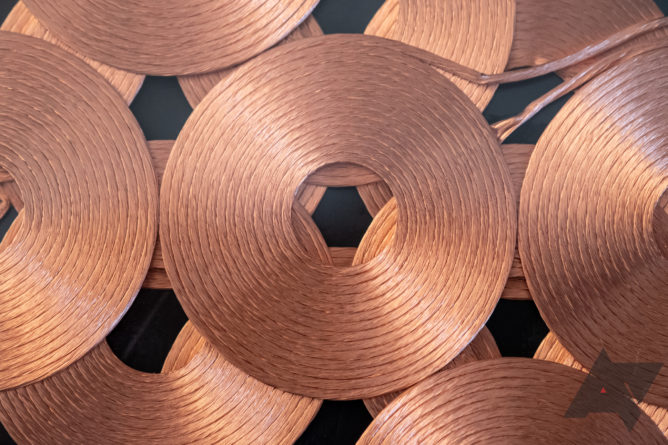 The charger really didn't like certain phones, like my Galaxy S20, which would oscillate between charging and not charging several times before ultimately settling in with an absurdly low rate — regardless of whether I had the setting for wireless fast charge enabled or disabled on-device.

It also didn't like certain phones when in cases in particular positions — perhaps to do with the stacked nature of the coils, which results in variable distance, depending on where you place your phone on the charger.

The last big issue was that charging speeds were inconsistent. And, though that might have more to do with the phones than the charger in many circumstances, I can't precisely measure exactly what rates I saw to verify things with accurate numbers. Ampere is really the only tool I have for measuring wireless charging performance, and it can't give me enough details to determine the precise wattage — though I can use it together with some rough estimations based on capacity and percentage points over time for relative comparisons.

Phones like the Pixel 4, iPhone 11 Pro Max, and OnePlus 8 Pro topped up fast, while Samsung phones varied from relatively fast to absurdly slow. It even played nice with less demanding hardware like my Galaxy Buds+ case, which can be charged wirelessly, and I'd assume it would also work with other Qi-compatible headphones. 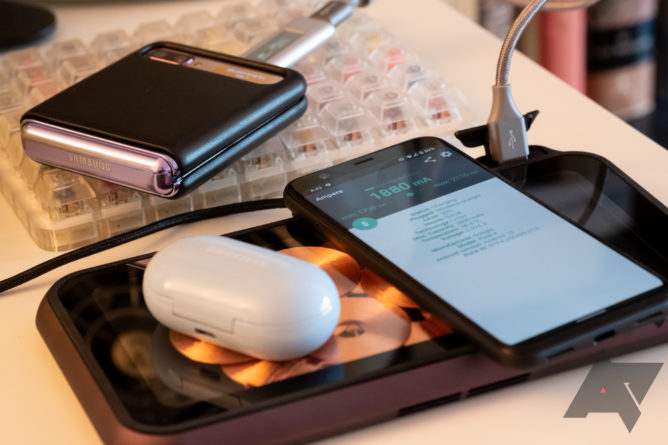 When charging two devices wirelessly, it has more than enough headroom to hit whatever maximum it can for both devices — even if you add a third to the mix with the USB Type-A port. I measured the Type-A port as maxing at 1.5A (5V) and it didn't have issues charging any devices in my tests. It didn't appear to support any proprietary specs like Qualcomm's Quick Charge, this is just your basic, standard USB power output. 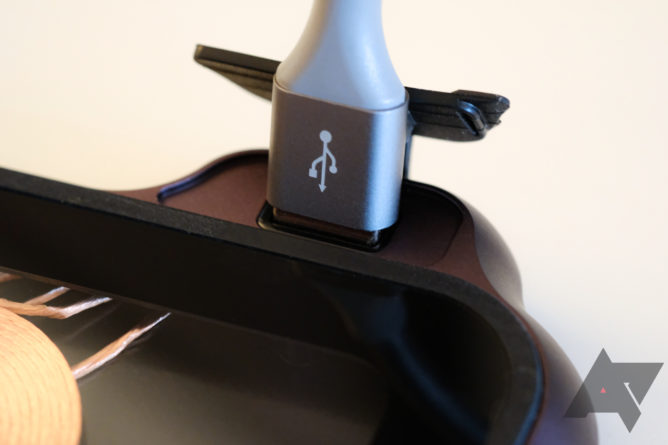 The company also makes a stand for the Apple Watch that plugs right into the USB port for a seamless look, giving Apple users a sort of AirPower clone, if they want it.

Maybe. If money is no object and you want frankly the coolest and most flexibly useful wireless charger I've ever seen, the glass-topped version is a must-buy. It looks fantastic, and the ability to top up two devices without worrying about positioning is a huge convenience. But that comes at several costs — even beyond price.

The built-in fan is just a bit too loud to use on your bedstand, and that's probably one of the most ideal spots to put something like this, where just dumping your phone imprecisely onto a slab before you crawl into bed is a real convenience. We also noticed inconsistencies when used with certain devices, like the Galaxy S20. And, of course, it costs way too much money, starting at €149.99 for the wool-topped version and €199.99 for the super snazzy glass version.

Just looking at the price tag, this charger clearly isn't for most people, but it's unarguably the most stylish wireless charger I've ever seen. I expect to see quite a lot of these on desks in backgrounds of future TechTuber videos. 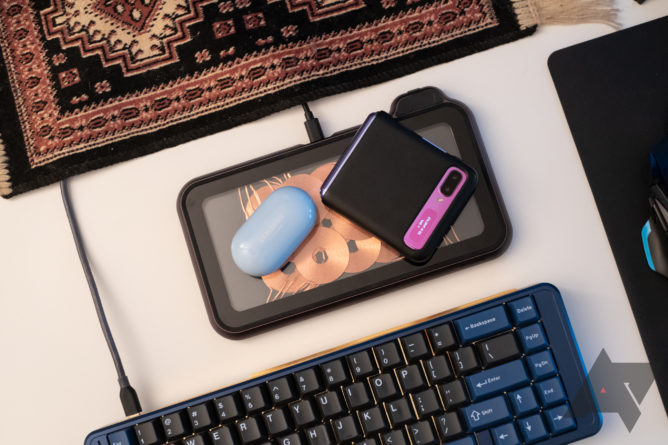 In my opinion, if you're willing to spend the cash, the only version you should consider is the more expensive transparent glass model, which shows off the individual charging coils in a way that's down-right artistic — at least, in our geeky sensibilities.

Android Police is now on the Mastodon social network