While Stadia's launch last year arguably packed fewer features than we initially anticipated, Google is hard at work to add long-promised capabilities. This Tuesday, the company announced that it would roll out wireless Stadia controller support for laptops and desktops, and it looks like the capability is now already widely available. Just like always could on Chromecast, you can finally enjoy Stadia wirelessly on your computer using its first-party hardware.

Many people report seeing a controller icon next to their profile picture in Stadia on the web, and clicking it opens the familiar pairing interface known from Chromecast — turn on your controller, punch in the displayed code, and you're all set to play wirelessly. A little controller emoji in Stadia's browser tab lets you see that it's connected properly. 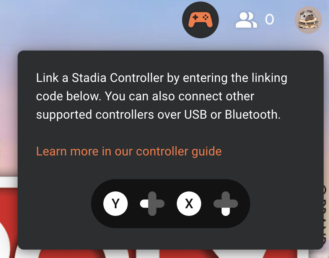 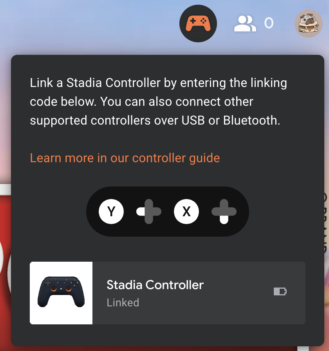 While Bluetooth controllers have always been supported on Stadia, the platform's own input device primarily relies on Wi-Fi to achieve lower latency. Even though it also has a Bluetooth antenna built-in, you always had to physically connect it to your computer to play a game on Stadia.

People on Reddit are already building creative solutions to extend Stadia to currently unsupported platforms like iPadOS. Someone mirrored their macOS screen to their iPad and played a game on it in another room thanks to the controller's Wi-Fi capability. While latency is probably horrible in this setup, it's certainly an interesting experiment. Let's hope iOS will soon be on board, too, and I wouldn't mind wireless controller support on my Pixel (there's a workaround, though, so there's that).

Delta adds support for biometric unlock to its Android app

Xiaomi MIUI 12's 'super' wallpapers have been unofficially ported for other phones (Update: ...