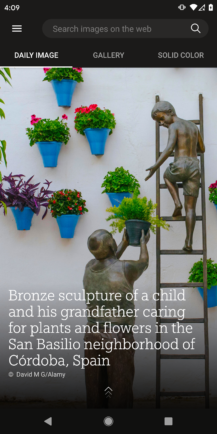 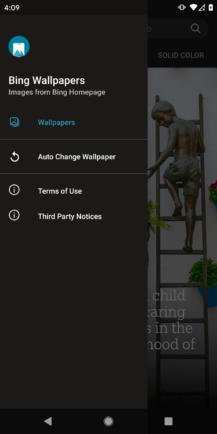 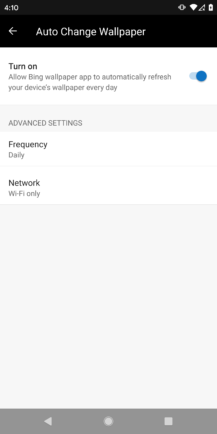 The main selling point for the Bing Wallpapers app is its set of daily images, usually a collection of photos of well-photographed scenes from around the world. The app updates each day with a new set in a vertically scrolling list so you can choose your favorite to turn into a wallpaper; or if picking one for yourself is too much effort, you can set the app to automatically update the wallpaper with the featured image of the day. That option is somewhat hidden in the navigation drawer, but there is a screen for setting the update frequency and whether it's allowed to use mobile data when it gets a new image. 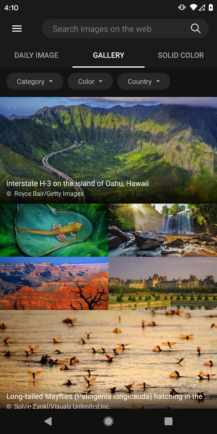 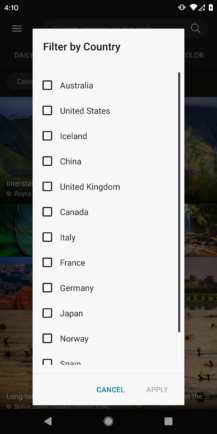 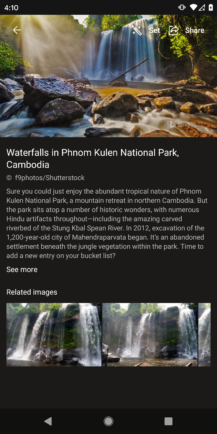 There's also a gallery of previously featured images that can be filtered by category, primary color, and country of origin. Tapping on any of these images will bring up some background information on the photo, buttons for sharing or setting it as a background, and related images from Bing.

Early reviews on the app have brought up one reasonable complaint with regards to panoramic wallpapers. When you're setting a background, it is just a single-screen crop of the current image. In other words, it doesn't produce the parallax sliding effect that some people want from a wallpaper. Perhaps this will be supported in future versions.

The Bing Wallpapers app is free and doesn't include any ads or in-app purchases. If it's not available to you from the Play Store, as it evidently isn't for many, you can also pick up the latest version from APK Mirror. Google Authenticator gets its first update in years, finally lets you transfer accounts between ...