The trailer above may look extremely cinematic, but this is actually what Forza Street looks like in action, with tons off quick cuts that purposefully hide the course's corners from the player. Unlike the mainline Forza games on PC and consoles, Forza Street isn't much of a racer. I'd describe it as a F2P drag racing game that's similar in style to the CSR series. This means you won't have direct control over your vehicle (that's right, no steering), and so are limited to the use of two buttons, the gas and a boost.

Each race starts out with a mini-game where you'll have to time the amount of gas given at the starting line so that you take off with some speed. Then you'll have to contend with numerous timing-based events as you turn each corner (which are often hidden from view, forcing course memorization for adequate progress), essentially timing when and where to take your thumb off the gas or boost. At the very least, there's a solid selection of cars on offer, so I guess that's a draw, but really the gameplay is boring and often aggravating, thanks to the always-moving camera.

Forza Street is expected to land on Android as a free-to-play release, and so it's monetized just as poorly as you would expect. Loot boxes are present, along with a stamina system and multiple types of in-game currency. There's also an excruciatingly long forced tutorial that hides all of these shady mechanics from the player in order to get them hooked on the gameplay (if you can call it that) before the hammer drops. As expected, the title's IAPs range up to $99.99 per item, so it's clear the game deviates very little from its inspiration as far as monetization is concerned.

The many ways you can spend your money

I would also like to point out that Forza Street wasn't always called Forza Street. Microsoft originally released the game under the name Miami Street for the Windows 10 platform, a little less than a year ago. Despite many positive reviews on the Microsoft Store, it would seem the top review sums up the experience as "embarrassing to the Forza brand," and I have to say I wholeheartedly agree. The game is a passionless clone that was originally released as the generic racer Miami Street, but then Microsoft decided to slap the Forza name on the title, and now it's being used as a sales prop for upcoming Samsung devices.

Here's a few promo shots from the Play Store

So there you have it. Forza Street began its life as a generic clone, and it will soon be coming to the Google Play Store as well as Samsung's Galaxy Store. While I can't say I will be looking forward to the release since I've already had my fill of its uninspired timing-based gameplay, I suppose if you are a huge CSR Racing fan, or simply enjoy exploring racing games that provide a solid selection of vehicles, then you may find a few hours of fun inside of Forza Street. So if you're eager to take a look for yourself, feel free to pre-register through the Play Store widget at the bottom of the page so that you'll receive a notification whenever the game is launched on Android this spring.

Forza Street is coming to Android on May 5th

The official Facebook account for Forza Street has revealed that the drag racing game will be released on Android on May 5th. We already knew the game would be launched sometime this spring, but now we know the exact release date. Forza Street will be available on both the Google Play Store and the Samsung Galaxy Store upon release, and for the first thirty days after launch, players will receive a Ford GT, along with other incentives.

As I detailed in the article above, Forza Street primarily plays like a CSR Racing clone. So despite Microsoft slapping the Forza name on an existing game (Miami Street), it's clear that Forza Street plays like any other generic mobile drag racer, and of course, it's a racer that's filled with greedy monetization, and you don't even get to steer your car. Essentially this is a casual game where you'll swipe on the screen to time your turns, and that's really all there is to it. Suffice it to say it looks as though Microsoft is a few years late in its effort to capitalize on a franchise that's already fallen out of fashion. Of course, if you'd like to check out Forza Street upon release to make up your own mind, you can pre-register through the Play Store widget at the bottom of the page so that you'll receive a notification on release day.

Forza Street races its way onto the Play Store 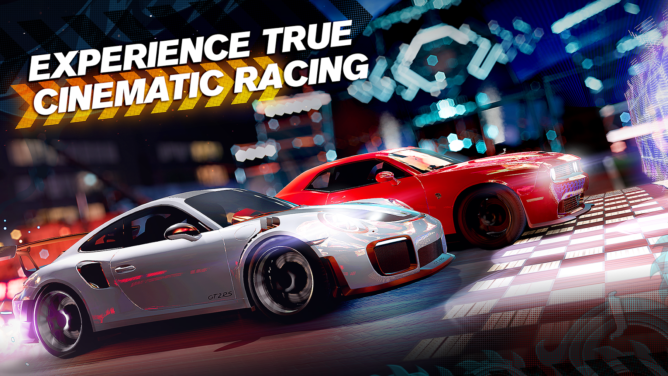 Just as promised, Microsoft has officially released its CSR Racing clone Forza Street on the Google Play Store. Last month we learned the drag racing game would arrive today, and Microsoft has clearly stayed true to its word, delivering a mobile racer with Forza branding. For the most part, the game plays just like a title in the CSR Racing series, and so you won't have direct control of your car, and will primarily tap on the screen to time when to use your breaks or gas, which is about as interactive as the game gets. I suppose this simple setup works well for mobile play, but it hardly compares to any other title in the Forza series, probably because Forza Street actually started its life as a generic CSR clone, and only recently did Microsoft rebrand the game with the Forza name.

Since Forza Street is a free-to-play release, it's filled to the brim with in-app purchases, which just so happen to range all the way up to $99.99 per item. Luckily there are no advertisements to be seen, which is surprising for a branded release, though this is a game built around tap controls, so it lacks physical controller support.

All in all, Forza Street is a mediocre free-to-play release that Microsoft has rebranded with the Forza name in order to make extra cash from fans of the series. If you enjoy casual mobile drag racing games like CSR, then you'll probably enjoy Forza Street for copying a familiar formula. So if you'd like to check it out for yourself to make up your own mind, feel free to grab the install from the Play Store widget at the bottom of the page.