Samsung released the Galaxy Tab S5e last year, filling a niche that Samsung seemingly made for itself. Despite that, it's reviewed extremely well with users, and maintains the quality and build we all expect of Samsung by now. If you're in the market for a tablet, the company has made a major MSRP cut for the 128GB version.

The Galaxy Tab S5e has a 10.5" OLED display, a 7,040mAh battery, 4GB of RAM on models with 64GB of internal storage, and 6GB of RAM on the 128GB models. It's thin, light, snappy, and the perfect size to binge your media on; snap on a keyboard and you have a perfectly serviceable work-device as well. 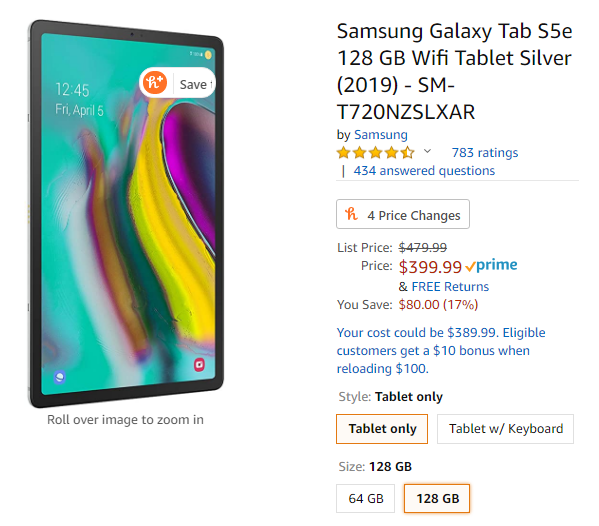 Things have changed since we wrote about this deal last week which looks to have made way for a reset of sorts. The 64GB model is out of production and out of sight at most major retailers, leaving the 128GB version as the only model. It just got an MSRP change of $80 down to $400.

Consider that this year's $350 Galaxy Tab S6 Lite comes with an LCD screen as opposed to the Tab S5e's OLED panel. At a $50 premium, you might be better off with some older specs if you plan on using a slab to chill out with movies.

Lenovo's first gaming phone leaks with a pop-up camera... on the side