Long associated with compelling personal audio products from the Walkman to studio headphones, Sony's made something of a reputation on the back of its sound credentials. The same has quickly become true of its wireless headphone and earbuds portfolio, being well-known for their great sound (and terrible naming conventions) in premium products like the WH-1000XM3 and WF-1000XM3. With its $130 WF-XB700 true wireless buds, the company takes aim at a more budget-conscious product segment. I really like them — but stiff competition and a pronounced dearth of bells and whistles makes them tricky to recommend.

In keeping with Sony's true wireless earbud design legacy, there's something decidedly alien about the WF-XB700's aesthetic. The buds themselves and their case have unusual, oblong shapes that I don't find very appealing. Each earbud has a sort of flat, upside-down-egg-shaped protrusion that sticks out of your ear. That part houses the battery and one button per bud for media control. The case they rest in is a little bigger than I'd like, but it's still pocketable thanks to its curvy lines. It's also pretty funky, though, being symmetrical across only one axis. I guess you could charitably characterize the design overall as "organic," but I think "weird" is more apt. 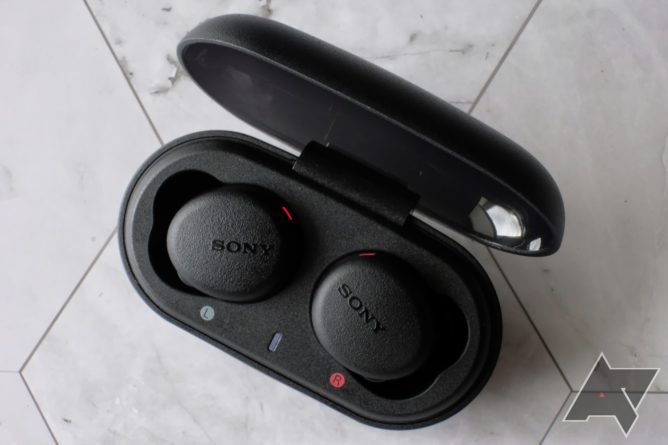 Those charging lights are visible through the subtly translucent lid — a neat touch.

Material choices are equally strange. The buds and case are both cast in a cheap-feeling, textured plastic that seems beneath a $130 product from a company as big as Sony. These aren't reasons not to buy the WF-XB700, obviously — but I can't help them coloring my general opinion about the earbuds.

There aren't any surprises in the box: the buds, the case, three additional silicone ear tip sizes, and a short USB-A-to-USB-C cable. Standard stuff.

The "XB" in WF-XB700 stands for "EXTRA BASS™," and they certainly earn the designation — I don't know that I've ever heard such deep, booming bass from earbuds. The sound has a sort of movie theater flavor to it, if that makes sense: low frequencies rumble prominently in soundscapes. All that low-end representation doesn't come at much expense to highs and mids, either. If you want accurate sound, you won't find it here, but it's a dramatic, generally enjoyable profile if you're into a more bass-heavy sound. There's no aptX support, unfortunately, but I never noticed any audio-video delay.

They work fine for talking to folks, too. Callers could hear me fine, although background noise was more prominent than if I'd been talking without earbuds.

There's no noise canceling, but that's not unusual at this price point. Consequently, though, battery life is solid: you'll get up to nine hours per charge, with one additional top-up housed in the charging case. Given the case's size, I would've liked more capacity there, but plugging in after 18 hours of use is hardly a burden. IPX4 water resistance is included, and that should be plenty to stop sweat from shorting the buds during a run. 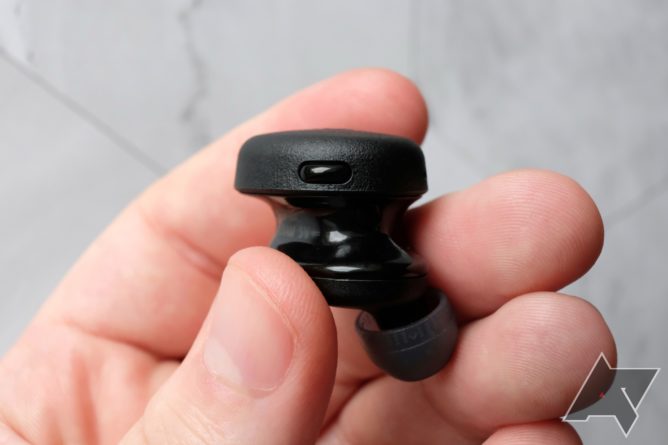 My most missed feature in the WF-XB700 is in-ear detection to pause music automatically when you take the buds out. Other earbuds in this price segment offer it, and it's a bummer not to have it here. Again, that's not a deal-breaker, but it's the kind of niggle that's grating in earbuds that cost well over a hundred bucks.

You control playback with two physical buttons, one on each earbud. That's not something I generally enjoy; pressing on something that's in your ear is uncomfortable. Here, though, the buttons are on edges of those weird flat egg shapes that stick out of your ears, which makes activating them a squeeze rather than a press. The controls aren't very intuitive; there are presses, long-presses, double-presses, and triple-presses, and none of them are customizable. But all those different actions mean you can play/pause, skip forward and back, adjust volume, and summon the Google Assistant, all without having to touch your phone. Once you're used to the unconventional setup, it's really convenient.

Maybe. Two years ago, these earbuds at this price would have been a revelation. Even now, I really like them. They look a little weird, but they're comfortable, fit securely, and are very fun to listen to. But today, the true wireless market is saturated, and I'm not sure punchy bass is enough of a unique selling point — especially not at $130.

It's great for consumers that "too much strong competition" is a reason not to vehemently recommend an all-around good product, but that doesn't change the fact that it is. The WF-XB700 would be a hard yes at $99, but given their position in the current market, they're just okay by comparison. For $20 more, you could get the more feature-rich Soundcore Liberty 2 Pro or Samsung Galaxy Buds+ — when they're not on sale. And if you're on a tighter budget, there are plenty of cheaper options. 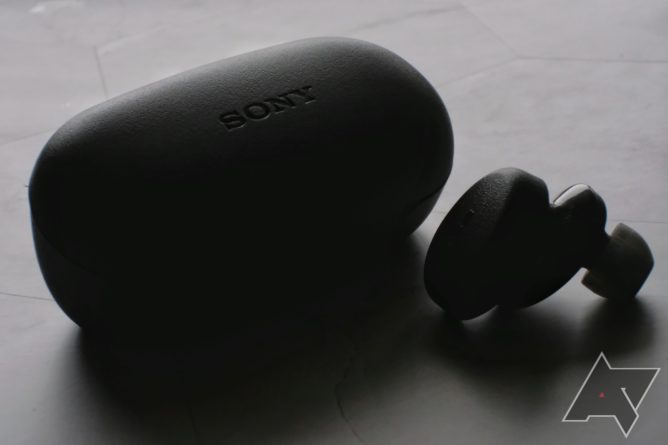