Julio Lusson, one of the YouTubers at TecnoLike Plus, the Cuban venue which previously published a full hands-on "review" of the Pixel 4a back in March, has just published a set of photo comparisons to Twitter, including two photo samples that he claims are from the Pixel 4a.

The photos take the form of a quick comparison between the Pixel 4a and the Xiaomi Redmi Note 7, with Lusson confirming the Pixel 4a's photos are the ones on the left among the samples provided.

We've also embedded them just below, in the same order, for a closer look: 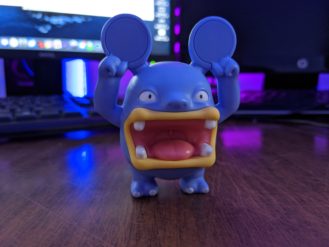 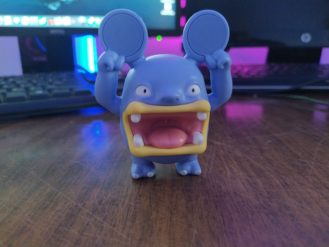 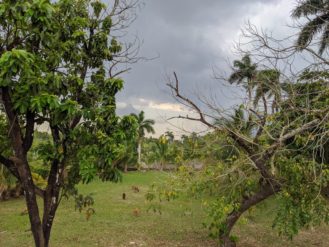 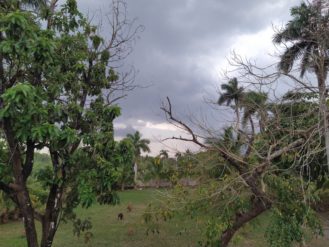 It's tough to judge these two pairs of photos. Between Twitter's compression and the reference we have to compare it with (most reviews claim the Redmi Note 7 merely offers a "decent" camera), any real judgment is premature. Still, we can look at them in isolation.

In broad strokes, you can sort of tell they were taken on a Pixel, if you're familiar with Google's processing. The photo of a Loudred figurine (it's a Pokémon) seems just a tiny bit under-exposed, which is typical of Google's cameras. Edge sharpening doesn't look overly aggressive, and fine processing isn't either muddy or offensively noisy outside a very close crop. Comparing it with the Redmi phone is, frankly, a bit of a joke.

The second pair of photos is a little more interesting, since we can see they went for very different color balance/temperature, and there's no way to know which is right. But on a close crop, the Pixel preserved much more detail in the grass and palm fronds (perhaps just a bit oversharpening). And even though the lighting should have been adequate, the Pixel is far less noisy and muddy on a crop. Again, the Pixel beats the Redmi pretty handily — assuming its choice in colors was correct.

These photos come from the same people that did the review based on leaked hardware earlier this year (above).

There are a lot of reasons to take these photos with a grain of salt. While this is the same person that brought us the Pixel 4a leaks on YouTube earlier, his reputation as a source is still mostly recent. That's not to mention the fact that we're looking through the veil of Twitter's image compression. The Pixel 4a could also be running pre-production software, or could have some form of modified pre-production hardware that won't appear in the final retail version. Still, it looks like Google's next Pixel will have the same great camera the product line is known for.

More camera samples, including a full camera review have been published by Lusson. Although the video is in Spanish, important visuals cross any language barrier, and translated subtitles are available.

Camera samples published to an image gallery in collaboration with XDA Developers are just below: Note that the phone has been verified as running pre-release software, so the final results may yet vary from what you see here. Still, these samples further demonstrate the sort of Pixel-level camera quality we've come to expect, and which the earlier examples hinted on. With these news samples, that show off Astrophotography mode, Night Sight, and the software digital zoom, any lingering questions regarding the Pixel 4a's camera performance can be set aside: It's as good as you'd expect.

From parts to performance, the Pixel 4a looks set to have the same great Pixel camera experience we're used to from Google.

Wunderlist is set to die this week, consider these potential replacements