Not too long ago, the weather app Dark Sky saw its Play Store ratings decimated overnight after its acquisition by Apple and the subsequent scrapping of the Android app was announced. Another popular meteorological app is seeing a similar trend for its app ratings, although for entirely different reasons. Instead of improving the user experience, a recent major update to Weather Underground monumentally degraded the app by dropping several basic and prominent features.

Everything was going well for the Weather Underground app before version 6 came out in December. The previous v5.10 update was released in July and garnered decent reviews, despite a relatively outdated UI. With over 5 million downloads and a 4.5-star rating, the app even earned the Editor’s Choice badge according to its archived Play Store listing. Things went south with the next major version upgrade, though, which brought a whole new interface but broke many existing features. Quite a few avid users of the app have since complained about the missing features on Reddit and in our tips inbox.

One of our readers told us that the newer release got rid of the ability to rearrange tiles manually. In an official note from January, the app maker did admit to putting out a half-baked app with missing features because “various factors” forced it to do so.

You can get the Weather Underground app either from the Play Store, using the widget below, or APK Mirror to check for yourself. And in case you’re looking to try out something else, then check out some of our weather app and widget recommendations.

While it remains true that when it was first released late last year, version 6 of Weather Underground lacked several of its iconic features, the developer has since reinstated many of them with subsequent updates. The company reached out to us to clarify that most of the features we initially reported as missing are present in the newer versions of the app, barring the option to rearrange tiles. We’ve removed the inaccurate content from the post.

Even so, many of the recent Play Store reviews for the app amount to one-star ratings, so it’s clear Weather Underground still has plenty of work to do to get back to where it was, at least in the eyes of its long-time users. 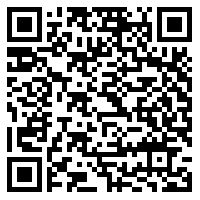 Google Meet will be free for everyone, starting in May