The Five Nights at Freddy's survival horror franchise is a popular one, which means there are more than a few titles out there already. Ultimate Custom Night is a game that takes all of the best bits from the other titles in the series, which is why the developer labels Ultimate Custom Night as an FNaF mashup. This means you can expect 50 selectable animatronic characters where you can mix and match them to your heart's content, all while selecting your playthrough difficulty to ensure a worthwhile session no matter your skill level.

If you check out the trailer above, you'll see that Ultimate Custom Night offers a wide selection of scary characters to hide from. There are also sixteen themed challenges to select from, and players can expect their favorite voice actors to make a return. Now, the game has been available on Steam since 2018, and over the last two years, the game has amassed thousands of overwhelmingly positive reviews, and so far, the title's Play Store reviews are painting a similar picture, so it looks to be a worthwhile port.

Ultimate Custom Night is a premium release, which means you can pick it up today for $2.99, though it also comes with a single in-app purchase for a Survival Kit, which really isn't all that bad since it's only $4.99. All in all, this is a game that won't break the bank while providing hours of jump scares.

So there you have it. Scott Cawthon's FNaF spinoff Ultimate Custom Night is finally available on Android. For fans of the fright-filled series, this game collects the best bits from earlier releases to come up with the ultimate FNaF experience. So if you're eager to check out how the game plays on mobile, you can purchase the title through the Play Store widget below. 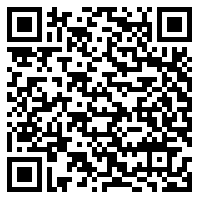