One of the longstanding demands of Google Home users, myself included, has been the ability to control Assistant’s volume independently of the music’s. A new setting has started appearing for iOS users that lets you tweak the volume of your Assistant's voice — but it doesn't really work yet.

In addition to the usual Bass and Treble sliders under the Equalizer settings in the iOS Google Home app, some have spotted a third slider to manually adjust the Assistant’s output level. This slider, labeled Preferred Assistant Volume Level, looks like a visually more polished version of Custom TTS Volume that also appeared on the iOS version of the app about a year ago. 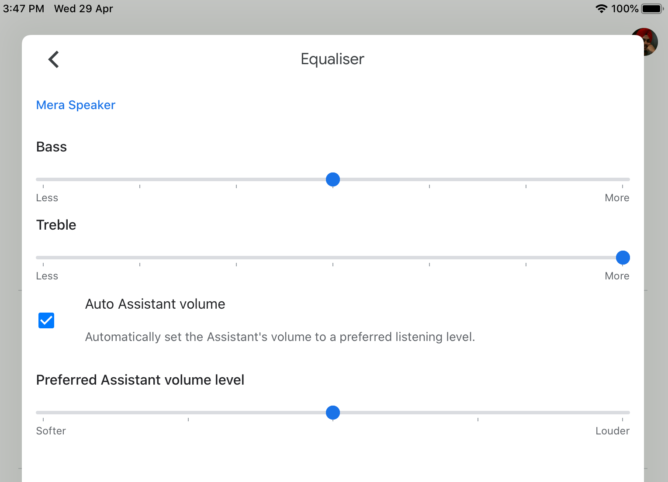 The manual option doesn’t bring about any discernible change in the voice assistant’s loudness, and the setting reverses to its default state as soon as you move to the app’s home screen. There's also a setting labeled Auto Assistant Volume; ticking that box lowered the volume to an inaudible level on one tipster’s smart display, and made it blaringly high on my Nest Mini, no matter the music playback situation or ambient noise. So it seems like, despite having been in development for some time now, the settings still need a bit more time in the oven.

OnePlus 8 and 8 Pro official US pricing

Samsung confirms it will go ahead with Galaxy Note line, another foldable this year