The Fairphone 3 is the perfect choice for somebody who values a repairable, environment-friendly phone, but just like most other handsets, it runs an Android version with Google apps out of the box — not ideal for someone who is additionally looking to take the Californian company out of the equation. That's where a new cooperation with /e/OS, the de-Googlefied Android version based on LineageOS and microG, comes in. The foundation behind it will start selling the Fairphone 3 equipped with its Android fork on May 6.

That's a big step for /e/, as the non-profit had previously only sold refurbished Samsung phones with its open-source OS. It also shows Fairphone's continued commitment to open-source software, as it offers its own Fairphone Open OS for its second-gen handset. 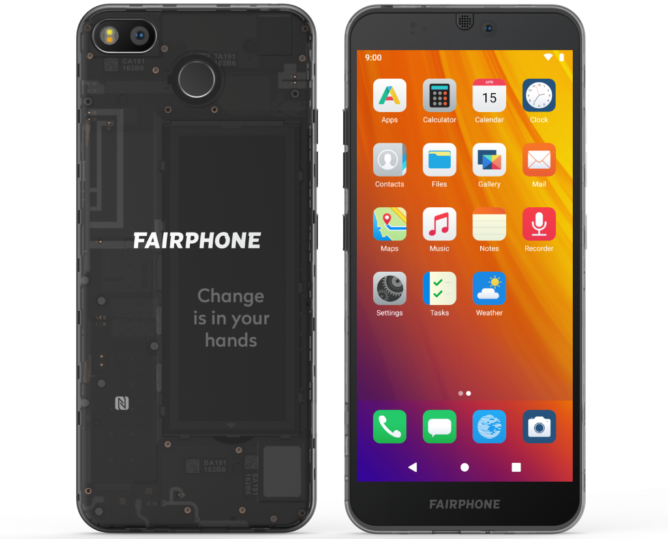 The cooperation between the two European entities is only possible thanks to an EU antitrust ruling in 2018 that had Google change its licensing practices. Instead of forcing OEMs that want to use the company's services on some of their handsets to stick with its approved Android versions exclusively, manufacturers are now allowed to run forked versions of Android in the EU regardless of which other devices they sell.

Fairphone and /e/ OS have teamed up to introduce the first privacy conscious and sustainable smartphone on the market. Listen in as we chat to @gael_duval, the founder of /e/ foundation: https://t.co/nku38Ih3sr pic.twitter.com/eVXgpjWfOP

/e/OS phones are currently only available for purchase in Europe, and the same is true for the Fairphone, which will be sold for €479.90 — a ~€30 premium over the regular version. If you're just interested in the OS itself, you can also install it on the regular Fairphone 3 or one of the other 91 supported smartphone models, just like any other custom ROM. Android versions range from 9.0 Pie to 7.0 Nougat depending on the device.

OnePlus 8 Pro review, two weeks later: Better with time, but keep an eye out for some issues

OnePlus 8 and 8 Pro official US pricing