The OnePlus 8 launches this month — both unlocked and from not one, but two carriers in Verizon and T-Mobile. We've already reviewed it, and it's a really solid phone. We've got our qualms, though. Here are five of the best and worst things about the OnePlus 8.

With a Snapdragon 865, eight or 12 gigs of RAM, and UFS 3.0+ storage, the OnePlus 8 feels eager to perform tasks you ask of it. The only performance edge the Pro has over the vanilla 8 is faster RAM — the OnePlus 8 has LPDDR4X RAM, whereas the 8 Pro uses LPDDR5. The difference is pretty minor, though, and you definitely won't be wanting for speed on the non-Pro OnePlus 8. 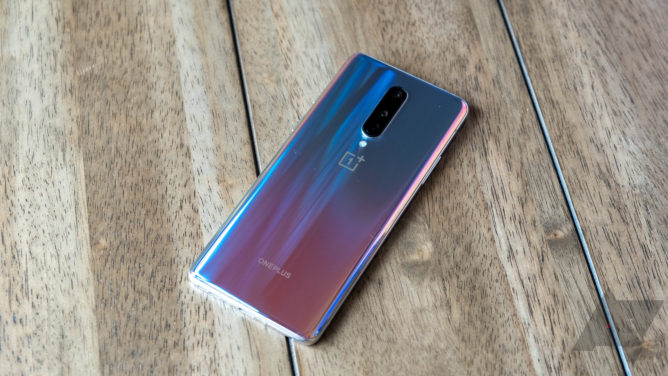 Have you seen these colors? OnePlus has had some neat finishes in the past, but its new Interstellar Glow and Glacial Green colorways are next-level. Glow is pretty fingerprinty, but if that's something you're willing to tolerate, you'll have a phone that really stands out (if you rock it naked or with a clear case, anyway).

5G is going to be the next standard for wireless connectivity, and the OnePlus 8 is the first phone where it doesn't feel like a super-premium novelty. Starting at $699, the 8 is the most affordable 5G-compatible phone you can get — although "affordable" becomes a relative term in this price range. The Verizon model even supports the super fast, super impractical mmWave standard (and, consequently, costs an extra hundred bucks).

In a huge win for both OnePlus and consumers, the OnePlus 8 is being offered by both Verizon and T-Mobile. Retail presence and the ability to pay for the phone in installments on a phone plan mean the 8 will be available to more people than any previous OnePlus device. 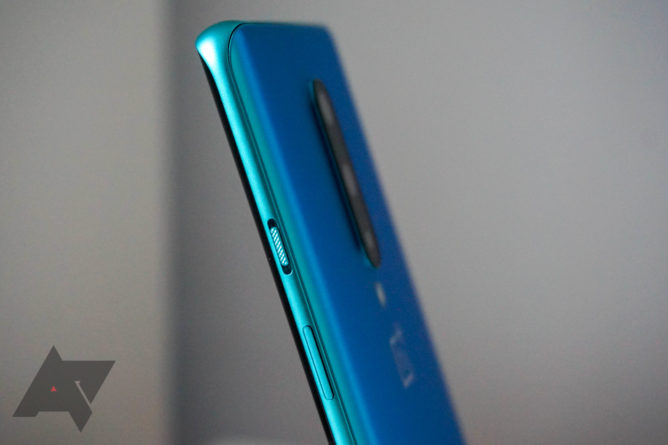 In typical OnePlus fashion, the 8 includes a couple of enviable features in Warp Charge and a physical alert slider. With the bundled USB-C charger, the OnePlus 8 can pull 30 watts at its peak — which will see significant charge added in just a few minutes. The alert slider, with silent, vibrate, and ring settings, is super smart, and it continues to be weird no other Android OEMs are doing it.

This one is tough. On the one hand, you'll have a hard time finding a better Android phone for $699 new. But last year's OnePlus 7T launched at $599, a full $100 under the new 8. OnePlus cut its teeth as a bargain alternative to the big guys — and now it's more or less become one of them. A lot of longtime users feel betrayed by OnePlus's new pricing model, and it's hard to blame them. 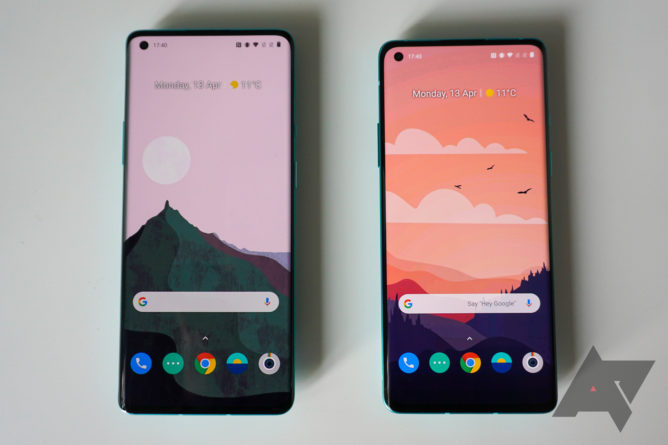 OnePlus touted the regular OnePlus 8 as its smaller option this year, and that is technically true — it looks relatively dainty next to the monolithic 8 Pro. Still, with a screen a hair over 6.5 inches, the thing is hardly compact. If you like your phones as big as you can get 'em, this won't be an issue for you, but it's a shame there's no meaningfully smaller option this year. 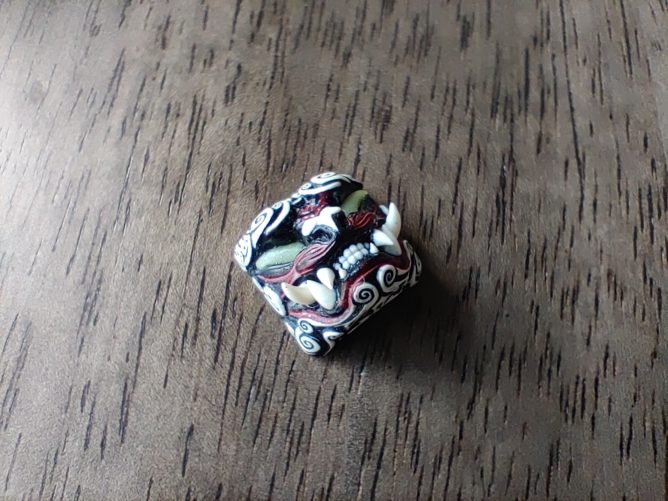 The OnePlus 8 has a dedicated macro camera — which is already of dubious valuable considering the wide lenses in both the 8 Pro and last year's 7 Pro can produce some pretty solid macro photos. But the sensor for the 8's macro lens is also just two megapixels, and the photos it produces are about as good as you'd expect. 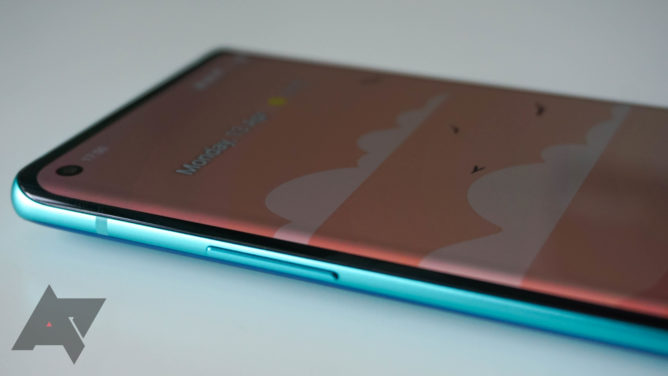 The OnePlus 8's screen wraps around the sides of the phone. It looks neat at a glance, but it distorts the image at the edges of the display, and it's bad for usability — you'll absolutely get unwanted touches. Samsung started the whole curved screen thing, and even its new phones have dialed it back. OnePlus, please nix this for the 9 series.

There isn't any! By popular demand, the 8 Pro is OnePlus's first phone to include wireless charging, and it's almost alarmingly fast with the $70 proprietary charger — but the lesser OnePlus 8 didn't get Qi at all. Support for even 10-watt wireless charging really isn't too much to ask in a device that starts at $699.