Samsung makes some of the best Android-compatible smartwatches around. Last year the company released the Watch Active, a smaller sports-focused watch, and followed it up a few months later with the Active2. Both watches are still excellent, and now they're heavily discounted at multiple retailers.

First is the original Watch Active, which now costs $119.99, a savings of $80 from the original MSRP. While the Fossil Sport has dropped below that price a few times, the Watch Active works significantly better than that watch, thanks to the highly-optimized Tizen OS. It also has wireless charging (though only on Samsung-made pads), 5ATM/IP68 water resistance, and an NFC chip for payments. You can read our original review here, but keep in mind a later update added a 'touch bezel' and other features. 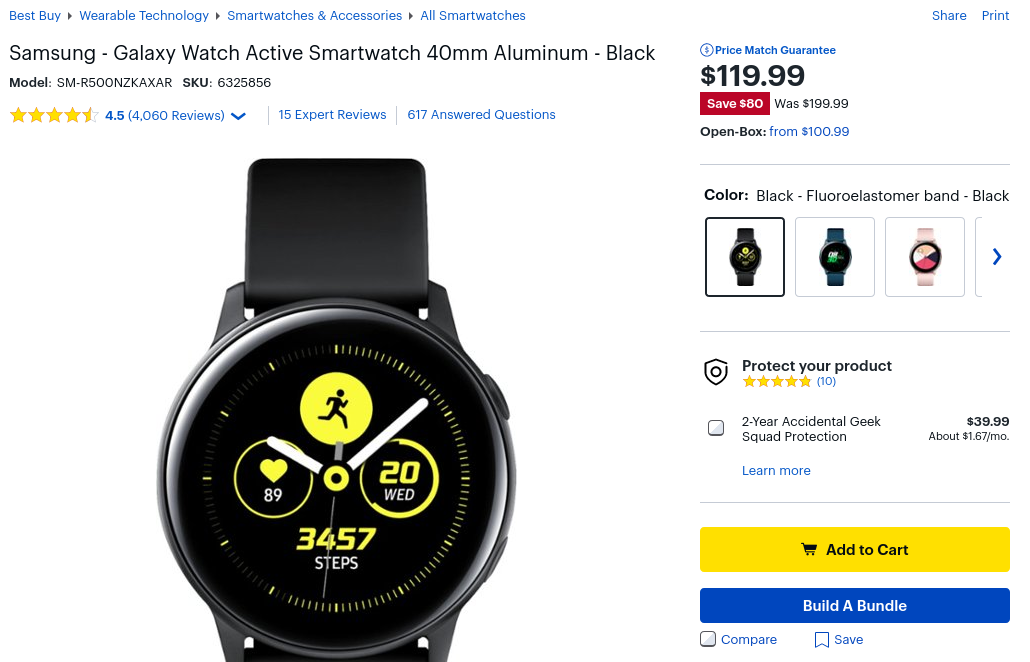 Next is the Watch Active2, which is now $50 off on all configurations — the 40mm version is $230, and the 44mm version is $250. They key difference between it and the original model is slightly better hardware and the larger screen option, which is great for reading notifications. It also shipped with a 'touch bezel' feature that allows you to swipe along the edges to scroll through apps, but it's a bit clunky, and was later back-ported to the original watch. You can read our original review here. 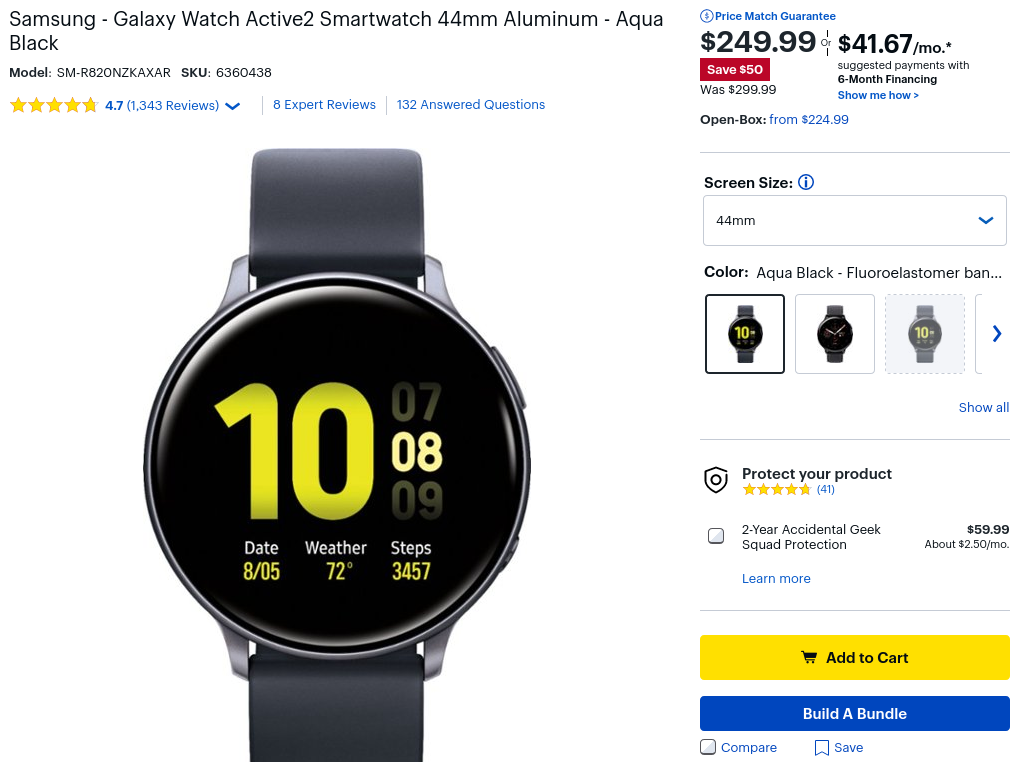 You can buy either watch from the links below. Best Buy appears to be the only store with the Watch Active for $130 (others are selling it for $150+), but several retailers have the Active2 starting at $230.