Raw Fury has announced today that it will release the indie adventure game Kingdom Two Crowns on the Play Store on April 28th. This title will serve as the sequel to Kingdom: New Lands, and since Kingdom Two Crowns has been available on Steam since 2018, we already know this sequel is a quality followup. Players can expect the same foundation of strategy mixed with exploration as the original, and this time around local co-op play is a major focus, even for the upcoming mobile version.

The trailer above provides a quick glimpse of what to expect from Kingdom Two Crowns. Clearly, the 2D pixel-based graphics are very detailed, making for a fantastic looking title. Of course, if you're curious how the game plays, it's basically a colony simulator where you'll build a kingdom by hiring peasants who will be used to grow your city by providing them with the proper tools — a similar setup to the original. There's a new campaign mode in the mix where fledgling monarchs will get to build lasting kingdoms throughout the multiple-stage campaign. Plus, there's now a local co-op mode where players can team up to play together locally through split screen play. There's even a co-op mode where you can play together on the opposite sides of a table, which differs from the traditional split-screen setup by displaying the second player's section of the screen upside down.

We already know that the Android version of Kingdom Two Crowns will be officially released on April 28th, though there is currently no word about how the game will be monetized. Seeing that the first title arrived on Android as a premium release, it's my hope the sequel will also land in a similar fashion. So far, the Play Store listing for Kingdom Two Crowns doesn't mention in-app purchases anywhere on the page, which is a good sign.

All in all, Kingdom Two Crowns looks like a quality sequel to Kingdom: New Lands. I'm especially excited to try the new co-op play, which looks like the perfect mode to jump into with family while the world's self-quarantining. So while we still have four weeks to wait until Kingdom Two Crowns is officially released on the Play Store, if you're eager to get your hands on this one, you can go ahead and pre-register through the Play Store widget at the bottom of the page so that you'll receive a notification whenever the game officially arrives.

Kingdom Two Crowns’s tailored touch controls make it easy to recruit new units, develop advanced technologies, and discover secret areas of the world from atop your steed. With an atmospheric pixel art aesthetic and ambient soundtrack, the game delivers a relaxing yet challenging experience on your campaign to build a realm that stands the test of time.

And you don’t have to rule alone! Choose a solo experience, or reign together with a friend in local drop-in/drop-out co-op multiplayer. In the mobile edition of Kingdom Two Crowns, you can rule the land sitting next to your fellow monarch in classic split-screen, or across from them on opposite sides of your device in the custom mobile tabletop co-op feature.

Kingdom Two Crowns will launch on mobile devices with local co-op available; online co-op is planned for a future update.

Just as promised, Raw Fury has published the indie adventure game Kingdom Two Crowns on the Google Play Store. We learned at the beginning of this month (April 2020) that the followup to the successful strategic base-builder Kingdom: New Lands would arrive on April 28th, and Raw Fury has indeed delivered. This means you can pick up Kingdom Two Crowns starting today for $9.99, which is $10 cheaper than the positively reviewed Steam version. This sequel brings with it a brand-new campaign mode as well as cooperative play where you can work with a friend locally in a classic split-screen or tabletop view.

In celebration of the launch on mobile, a free new update inspired by the gothic horror action-RPG Bloodstained: Ritual of the Night is available starting today. This update will allow players to switch between four monarchs from Bloodstained, and each character will bring a unique trait to the table.

So if you're eager to check out what Kingdom Two Crowns has to offer in its mobile form, you can purchase the title through the Play Store widget at the bottom of the page.

Kingdom Two Crowns: Dead Lands, a free new update for the hit micro-strategy game Kingdom Two Crowns inspired by the gothic horror action-RPG Bloodstained: Ritual of the Night, is available today on Nintendo Switch, Xbox One, PlayStation®4, and PC via Steam. In addition, Kingdom Two Crowns has officially launched today on iOS and Android featuring all content from the Dead Lands expansion, marking the game’s debut on mobile devices.

Kingdom Two Crowns: Dead Lands adds a dark new setting that influences how you rule your Kingdom. For the first time, players can change their mounts as they explore and expand their realm, as well as switch between four new monarchs from Bloodstained: Ritual of the Night, each with a uniquely powerful trait. These new playable characters include Shardbinder Miriam, the demon hunter Zangetsu, summoner Gebel and alchemist Alfred. Fans of both series will discover other surprises, too!

Kingdom Two Crowns arrives on iOS and Android today featuring all Dead Lands content, as well as special customized co-op modes, tailored touch controls, and support for wireless gamepad controllers on iOS 13, Android 10 and up. It is available to purchase on the App Store and Google Play.

Published globally by 505 Games, Bloodstained: Ritual of the Night was created by legendary game developer Koji “IGA” Igarashi and his studio ArtPlay. The cover illustration for Kingdom Two Crowns: Dead Lands, with Miriam riding the mythic demon horse Gamigin, is drawn by ArtPlay’s Mana Ikeda, who created the original package illustration for Bloodstained: Ritual of the Night.

Raw Fury is a boutique indie (un)publisher founded in 2015 by Jonas Antonsson, Gordon Van Dyke and David Martinez. We don’t care about genres or mechanics. We care about experiences and emotions. We want to help developers make magic. https://rawfury.com

505 Games, a subsidiary of the Italian entertainment company Digital Bros., is a global video game publisher focused on offering a broad selection of titles for players of all ages and skill levels. The company publishes and distributes premium and free-to-play games on leading console, PC (Steam and GOG) and handheld platforms as well as for mobile devices and social networks.

505 Games has offices in California, United Kingdom, France, Germany, Italy, Spain, China and Japan. The company works with a network of distribution and sub-licensing partners in all other markets. For more information on 505 Games and its products, please visit 505games.com.

Bloodstained: Ritual of the Night is developed by ArtPlay, Inc. and published by 505 Games, S.p.A. 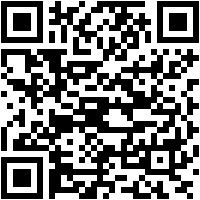