Phones are only getting pricier as the years go on, so selling your old handset is one of the best ways you can recoup the increasing cost of upgrading. And unless your phone is absolutely ancient, there's a good chance it's worth going through the trouble of selling it. And best of all, it's something you can feel at least kind of good about, because you'll be giving your old phone a second life with someone else (or having it e-recycled), and that's a lot better than having it slowly rot in a landfill for decades.

In this post, we'll go over the best ways to sell your Android phone, with a priority on getting the most money out of your old device. This is not a sponsored post, no sites or services paid us to mention them here.

If you're getting ready to sell your phone, see this guide for steps on making sure your data is properly backed up.

To back up our claims, we compared the values of a few different phone models on four different services: Swappa, Walmart, Amazon, and Best Buy (the latter three being trade-in programs). Here's the breakdown:

Comparing the selling/trade-in value for popular phone models. Prices are for carrier-unlocked devices (except where otherwise stated) in "good" condition. Prices checked on 3/31/2020.

The value goes down if your device has extensive damage, or is locked to a certain carrier. Generally, Swappa comes in at #1. Amazon, Walmart, Best Buy are farther down, which makes sense — you don't have to go through the effort of selling the device to another person.

Almost anyone will tell you that Swappa is the best service for selling old electronics. You don't have to spend an hour creating a listing, or dealing with complicated selling steps — everything is about as simple as it could possibly be while not ripping anyone off. 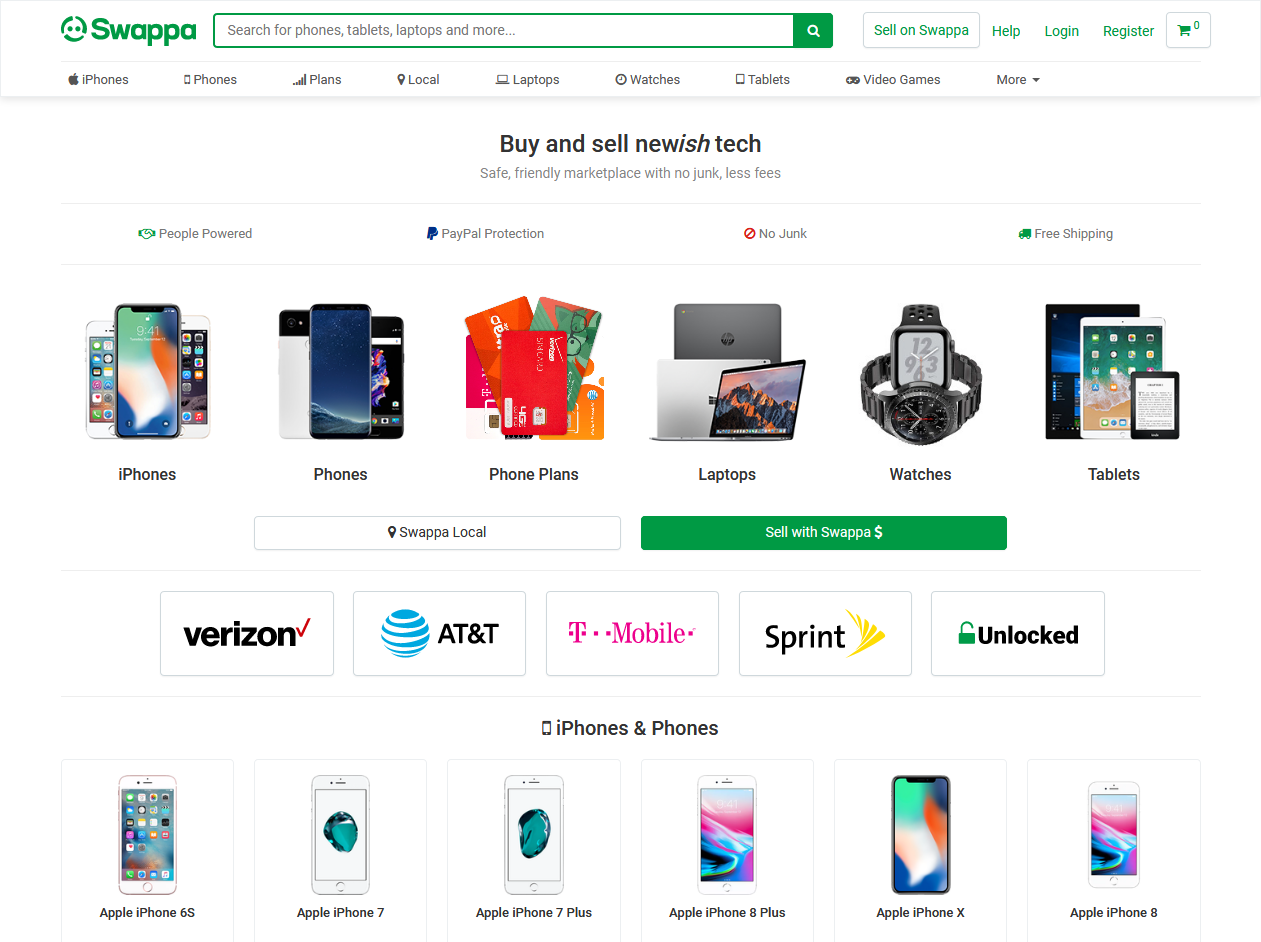 Here's how it works: you find your device using the site's search function, then create a listing. Since Swappa already has all the basic info, all you have to do is upload a few pictures, the IMEI number, and any details about the physical condition. Potential buyers can leave comments on your listing, asking for more details or (more often) requesting a lower price.

When someone buys your device, the buyer pays the listing fee, and you get paid instantly (payments happen through PayPal, just like eBay). After that, all you have to do is ship it and add the tracking number to the listing panel. You can find more information about the process here. 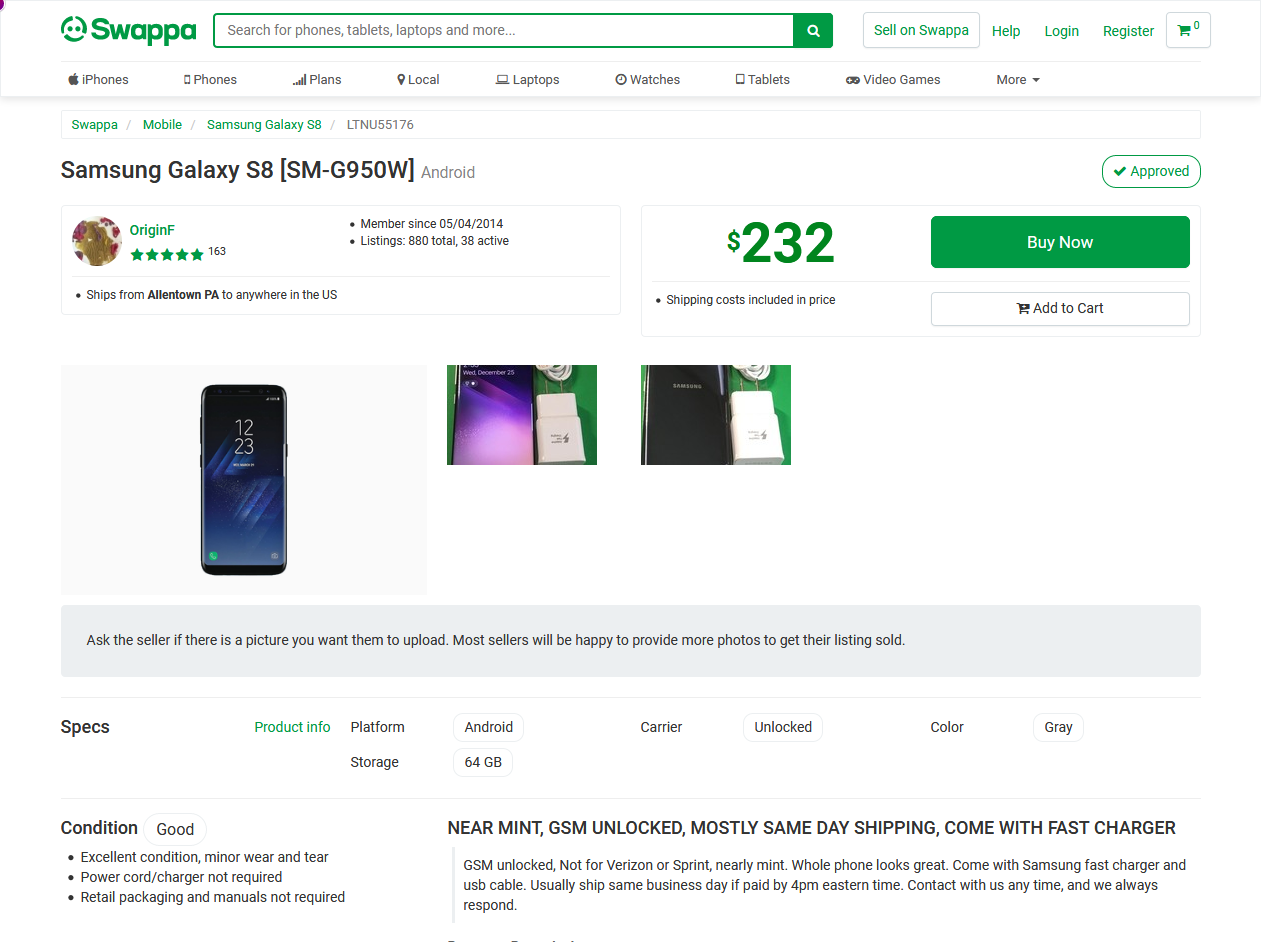 I've personally sold a few devices (phones, games, a Chromebook, etc.) on Swappa, and I've only ever had a problem once, when a buyer complained that I didn't list the network compatibility for a OnePlus 5T I was selling (which doesn't work on Verizon, and a Verizon subscriber bought it without checking first). Swappa support had my back, though, and I didn't have to accept the return or refund the purchase.

The major catch with Swappa is that you can only sell devices in the site's database. If you have a niche/unpopular device, you might not be able to list it.

Did you know Amazon has a trade-in program? You can send in your old phones, tablets, computers, video games, books, and other stuff, and receive digital gift cards in exchange. Super simple. 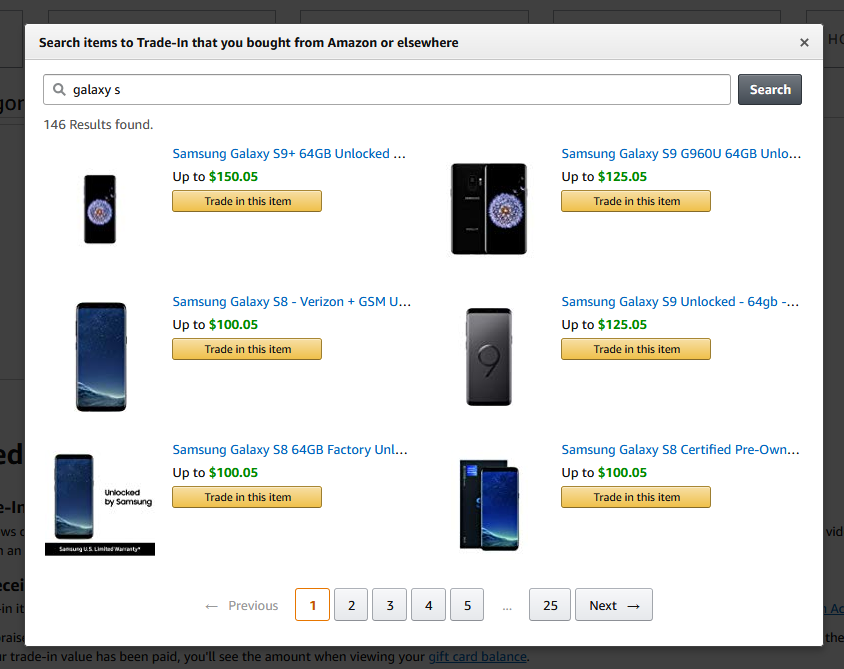 The initial process only takes about five minutes: go to Amazon's trade-in page, find your device, fill out the details, and print the shipping label. The site will give you a value for the trade-in, and in some cases, the company will return your device for free if it doesn't meet the required conditions (the page will say if that's an option). After that, just put the phone in a box, slap the shipping label on, and drop if off at your nearest UPS Store. 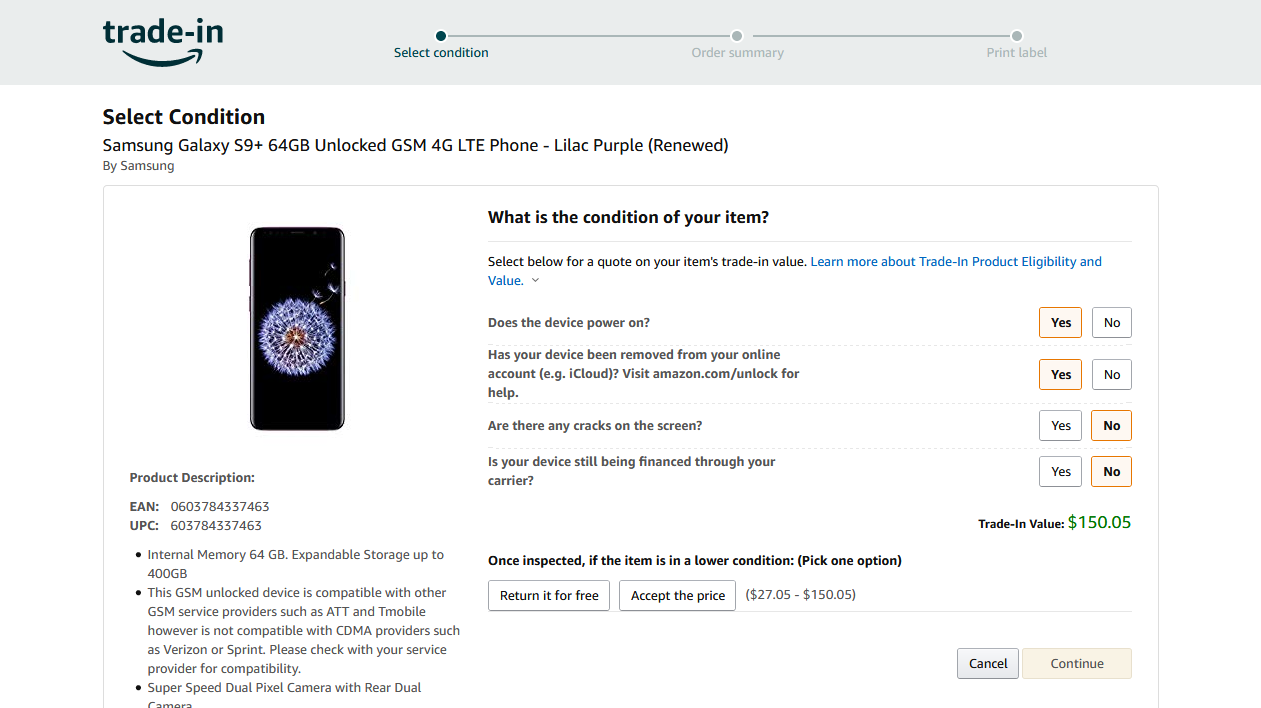 While you won't get as much money through Amazon as you would selling on Swappa, trade-in values are still fairly generous (as long as your phone is in good condition), and you don't have to pay for shipping or interact with sellers. While Swappa is generally painless, it doesn't get any easier than Amazon.

The major catch with Amazon's service is that you can only pick devices listed in the Trade-In Store, and there a lot of phones missing compared to Swappa. For example, I could trade in just about any recent Samsung phone, but I couldn't send in a Moto G7 Plus, OnePlus 6T, or Google Pixel 3a (as of 12/29). Even many devices sold through Amazon's store aren't available for trade-in.

There are a few other services that might be better options than Swappa and Amazon, depending on what type of phone you have and how much effort you want to put into the process.

Best Buy has a trade-in program similar to Amazon's, with a different selection of phones available. If Amazon won't accept your phone model, or if you'd rather have a Best Buy gift card over an Amazon one, it might be worth checking out. Even if your phone isn't accepted for a trade-in, you can still e-recycle it and get a few bucks (I did this with an old netbook and got $15).

Walmart also has a trade-in program, with most the same advantages/caveats as the other services. The value actually exceeds what Amazon and Best Buy offer in some cases, but I haven't personally tried it.

Finally, Gazelle has been a popular service for years, accepting old electronics in exchange for cash.