A handful of reports regarding a fragile camera cover on Samsung's $1,400 Galaxy S20 Ultra have surfaced, claiming that it breaks more easily than expected. Those affected claim a range of issues from hairline fractures to more dramatic shattering, like you can see just above. While reports don't seem especially widespread, and none of us here at AP with devices have had any problem, there are enough of them to make it seem like this is A Thing.

The timeline for reports stretches back to just shortly after the phone's launch, with many claiming the glass has cracked even without any apparent trigger. No bumps or drops, they simply pull it out of their pocket one day or pick it up off the charger and discover a crack — or worse. (However, others do admit to potential causes, merely claiming it couldn't have been significant enough to cause the damage observed.) In many cases, this interferes with the proper operation of the camera as well, with issues like focus and the headlining zoom feature no longer working as reliably. 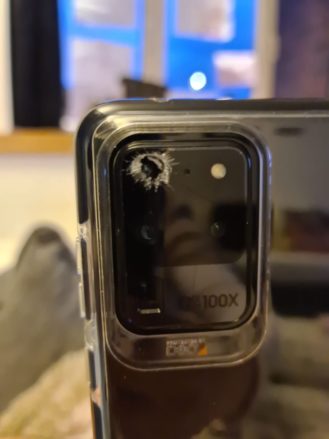 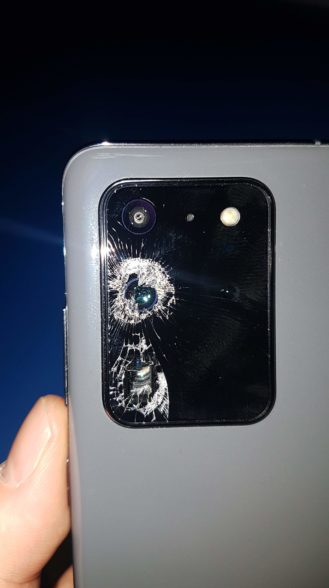 SamMobile reports that Samsung is charging customers from $100-$400 to fix it out of pocket, and forum representatives claim that the damage isn't covered under warranty, regardless of how it happened. At least one forum post has already been purged by Samsung's moderators — even if it may have been legitimately off-topic in some way, it's not a great look.

Some speculate that this is simply a symptom as cameras and the rear glass get larger in general, with even Apple's iPhone X picking up similar reports.

We've reached out to Samsung for more information regarding these reports, and we'll be sure to update our coverage if we hear anything back.