Hot on the heels of Dark Sky's demise on Android, AccuWeather is testing a brand-new UI for its app. The latest beta comes with a more prominent 60-minute forecast and adds a bottom bar for easy access to hourly and daily forecasts as well as a radar view. The more modern interface and the focus on short-term forecasts might make the app a somewhat capable replacement for Dark Sky in the long run (though AccuWeather does have a history of selling user data, so keep that in mind).

Before you start the weather service after getting the update, you'll notice the redesigned icon that's basically an inverted version of its predecessor: An orange sun sits on top of a white background. When you tap it, an on-boarding experience explains the most significant changes to you, and then you're taken to the brand-new interface that uses an approximation of the current color of the sky as a background for the whole app. 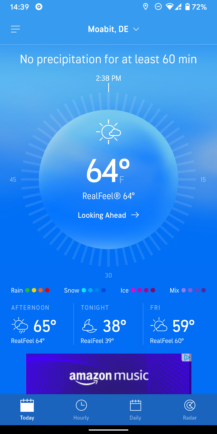 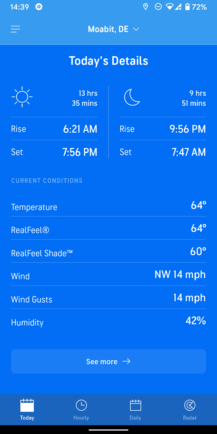 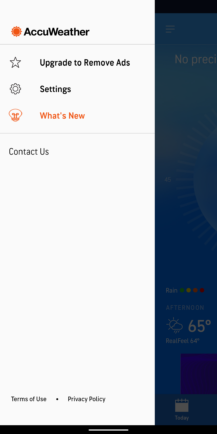 The current temperature is displayed in the form of a clock that shows you a forecast for the next 60 minutes (the old version hid a similar UI called MinuteCast at the bottom of the front page, too). You'll see colored bars along the circle that indicate which conditions are to be expected, explained by a legend below. When you scroll down, details on sunrise and sundown as well as on the temperature, the wind, and the humidity become visible. There's also information for those with allergies. The hamburger menu in the top left corner lets you upgrade to premium to remove ads, go to settings, and see what's new. Next to it, you'll see your current location, but you can also search for other places by tapping it. 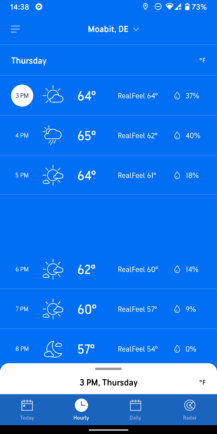 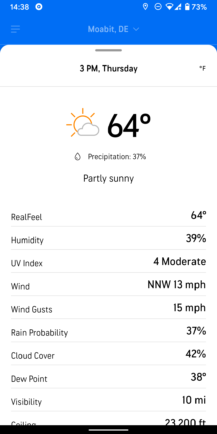 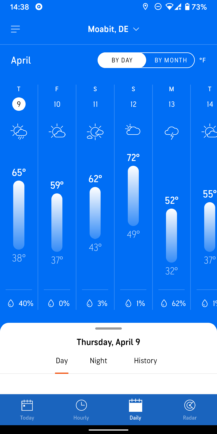 The other bottom tabs largely resemble the top bar navigation of old. You have access to hourly and daily forecasts, though the individual sections do away with the line diagram that used to sit at the top of both pages. Instead, the hourly forecast shows you a list-view only, while the daily forecast has been fully turned into a bar graph or an optional monthly overview. The radar page is mostly unchanged and still lets you choose which mapping layers you want to see. 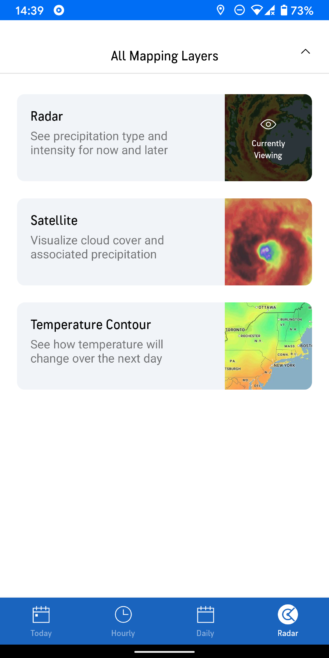 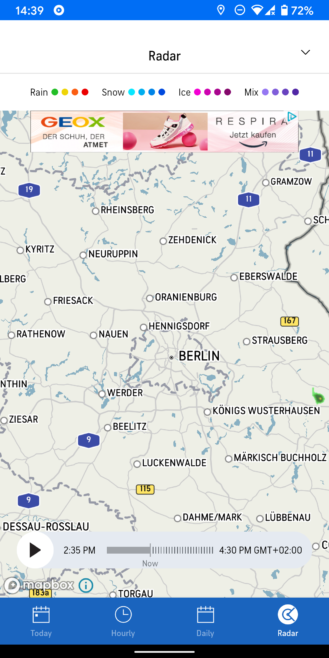 There are also some removals and issues. The widgets are gone, and the persistent temperature notification is nowhere to be seen. However, the app still retains an "on-going notification" category in the system preferences, so the latter will probably make a return, and it's likely the widgets are also currently being redesigned. The beta has an abysmal performance, too. Animations and transitions are anything but smooth and come with a lot of jitters. Hopefully, that will change before the redesign hits the stable channel. 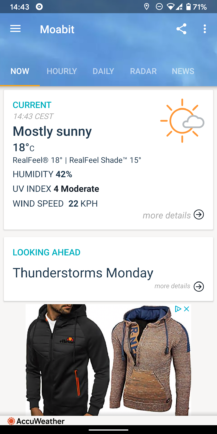 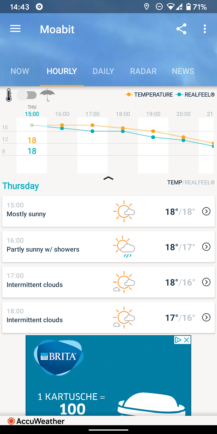 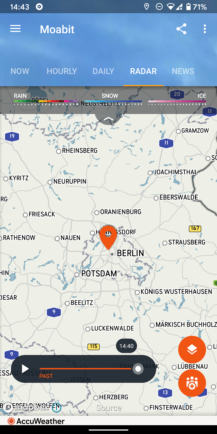 For comparison: The current interface in the stable release.

You can get the new interface by signing up for the beta on the Play Store or by downloading it from APK Mirror.

Persistent notification and the first widget are back 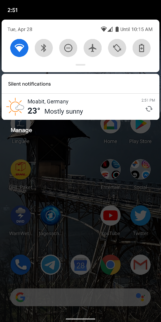 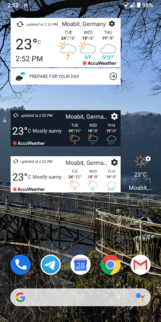 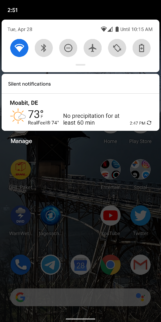 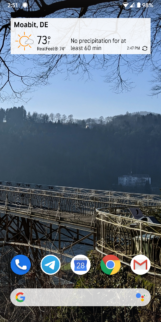 While the AccuWeather beta initially shipped without widgets and the persistent weather notification, the latest update to version 6.3.28 changes that. The persistent notification is more detailed than ever and also includes AccuWeather's "RealFeel" temperature alongside a 60-minute precipitation forecast. Unfortunately, the new release only adds back one widget that looks just like the notification, but since AccuWeather changelog states that this is its first widget, we can assume that more will follow before a stable launch. Scrolling has become much smoother compared to the first beta, too.

The release should roll out via the Play store as usual, but you can also grab it from APK Mirror. Thanks: Moshe!