The OnePlus 8 series is finally here, with two models to choose from and a higher price tag than ever. Meanwhile, Google's Pixel 4 has been on the market for around six months, but a new model is likely going to arrive in the fall. If you're looking to replace your phone, it might be tough to decide whether to buy the OnePlus 8 now, or wait for the Pixel 5 later this year.

The answer to that question depends on what you want most in a phone, and of course, how long you can wait. There's also last year's Pixel 4 to consider, but we'll focus on the 2020 flagships here.

If current leaks and rumors are any indication, the OnePlus 8 series and Pixel 5 could be very different from each other in the hardware department. The key factor right now is the choice of processor: while the OnePlus 8 includes the latest 5G-capable Snapdragon 865 processor (and a much higher price tag, to go with it), the Pixel 5 is expected to go with a cheaper Snapdragon 700-series CPU. If true, the OnePlus 8 will be noticeably faster than the Pixel 5, especially with intensive tasks like gaming.

Note: None of the Pixel 5 specifications have been confirmed.

We also know some details about the camera setup. The OnePlus 8 has three rear cameras: a 48MP main lens, a 16MP ultra-wide camera, and a marginally-useful 2MP macro lens. According to an APK teardown by 9to5Google, it seems likely that the Pixel 5 will retain the same two-camera setup as last year's Pixel 4: a primary lens with a telephoto. Google could have more changes in the works, but that's what we know right now.

OnePlus and Pixel phones have always offered a similar software experience, and that likely won't change this year. The OnePlus 8 runs OxygenOS, a custom version of Android 10 that keeps the stock look and feel while adding a handful of useful features. Google also maintains a minimal software experience, though the Pixel 5 will almost certainly launch with Android 11. 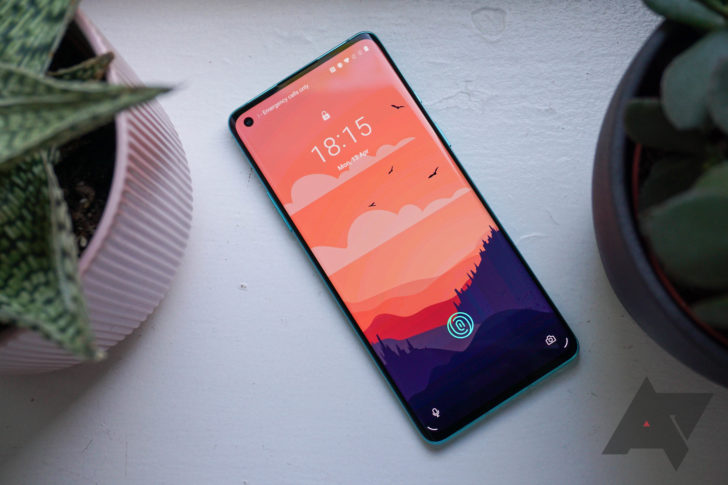 If a clean and fast Android experience is what you're after, the OnePlus 8 will likely satisfy you just as much as the Pixel 5. The only major difference is with security updates — while Pixel phones receive security patches every month as soon as they are released by Google, OnePlus only sends out updates every other month. Check out our security update tracker for more details.

As different as the OnePlus and Pixel 5 will likely be in the hardware department, they could end up with very similar prices. The OnePlus 8 starts at $699 for 128GB storage and 8GB RAM, with the 256GB/12GB RAM model jumping to $799. We have all the details about pricing here.

Official prices for the Pixel 5 won't be available for several more months, so we can only make guesses right now. The Pixel 1 and 2 were $699 at launch, while the Pixel 3 and 4 started at $799. A price hike to $869 or $899 might be expected, but given the rumors of the Pixel 5 using a cheaper Snapdragon 700-series processor, it's more likely that the Pixel 5 will stay at $799 (or go even lower).

While the Pixel 5 will likely have a similar software experience as the OnePlus 8, the gap in hardware could be significant. We already know the Pixel 5 will almost certainly have a lower-power processor, and it's unclear if it will bring 5G support (not that 5G really matters for most people right now), so if performance is your #1 priority, it doesn't make sense to wait for the Pixel 5.

However, the Pixel 5 will probably come out ahead of the OnePlus 8 in the camera department. Google's photo processing produces more accurate and sharper images than what you can get from OnePlus phones, and with six months to go, there's plenty about the Pixel 5's camera that we don't know right now. The Pixel 5 will also likely have wireless charging support (since the Pixel 4 has it), which the OnePlus 8 lacks.

The crossover of OnePlus phones into high-end flagship territory, combined with the Pixel 5's rumored hardware downgrades, makes the choice between the two brands more confusing than ever. However, no matter what you decide, you'll certainly end up with a good phone.

An unnamed Samsung phone with a pop-up camera just leaked