It's frustrating when a much-hyped tech product is announced months ahead of its eventual release, and it's something Google doesn't often do. Yet that's exactly what's happened with the second-gen Pixel Buds that were announced in October last year. All the other items from that event came out long ago, and now it's finally time for Google's true wireless earbuds to go on sale.

An update to the much-maligned first-gen Pixel Buds, the 2020 version does away with the wire altogether while retaining the same Google-y design aesthetic. They're not cheap, at $179, but there are some premium features thrown in to sweeten the deal. Fast Pair should make connecting them to your phone much easier than before, thankfully. Google has also done some interesting things with beamforming mics and a special jaw movement sensor to hopefully improve call audio. If you misplace an earbud you can ring them with the Find My Device feature, which will no doubt come in handy.

Adaptive Sound is similar to a feature on the Google Home Max that is able to change the volume to mitigate against unexpected noises in your surroundings. And since it's a Google product, Assistant integration is a guarantee — you can use the 'Hey Google' hotword to wake the Assistant and do a bunch of things. Hands-free navigation, replying to text messages, controlling music, and all that jazz. One feature that's carried over from the first-generation and hopefully a little more refined this time around is real-time translation; it always looks great in demos, at least.

The new Pixel Buds cost $179 and the white model can be bought today from the Google Store and other retailers, including AT&T, Best Buy, Target (from early May), T-Mobile, US Cellular, Verizon, and Walmart. In the US, Oh So Orange, Quite Mint, and Almost Black will also become available soon, but colors will be limited when the buds go on sale in other countries.

If you get them, you'll need the app to get the most out of them. Find out what Google designers and engineers have to say about them in this blog post. And take at our full review to see what Taylor makes of them. 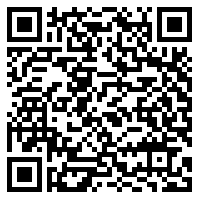