Rumors and leaks have been calling for DJI's next aerial drone to make an appearance in the company's April 27th announcement, and now it's official. The Mavic Air 2 is coming to market with some notable improvements over the original Mavic Air, and a few changes that set it apart from the original in some interesting ways.

Changes have been made to virtually every part of the Mavic Air 2. The body is larger and heavier than before, weighing in at 570g compared to the 430g of the original. Part of the increase comes from packing in a 3500 mAh battery, up from 2375 mAh. This will give the new model a much more useful 34 minute max flight time, whereas the predecessor topped out at just 21 minutes.

Things have improved for video as well. The original Mavic Air could already hit 4K @ 30 fps or 1080p @ 120fps. Both of those frame rates have been doubled in the Mavic Air 2, giving pilots the potential to capture up to 60fps in 4K, and 240fps in 1080p, and the max bitrate has been bumped to 120 Mbps (previously 100 Mbps). DJI's Hyperlapse mode can also hit up to 8K.

There are also some notable intelligent features to help with flight safety. Advanced Pilot Assistance (APAS) 3.0 improves the object avoidance system, and there's a new featured called AirSense that detects ADS-B signals to prevent collisions with larger aircraft like planes and helicopters. And of course, all of DJI's semi-automated flight modes like ActiveTrack and Quickshots are here so you can rely on some automated flight patterns. 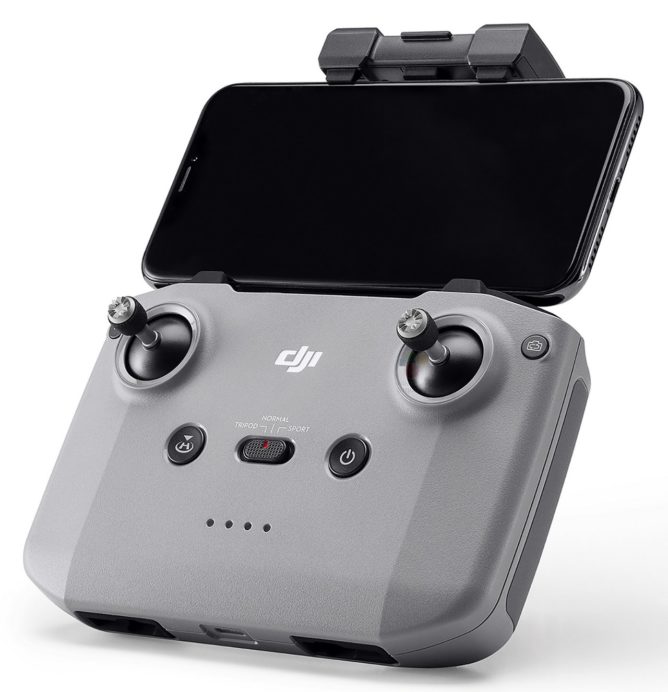 Separate from the drone itself, the controller has also gone through a big change. DJI is trying out a design that looks a lot more like its Smart Controller. It doesn't have the folding arms to hold a smartphone like previous versions, but instead adopts a spring-loaded hone clamp like we've seen in many other accessories. The new design isn't look quite as ergonomic, but it places your smartphone north of the controls, so it's a more natural place to keep watch.

The Mavic Air 2 won't replace the Mavic 2 Pro (or Zoom), but it does borrow a lot of the design and features that make them so popular; and it puts more distance between the Air line and last year's Mini, which was released to squeeze just under the new 250g restrictions in Canada and some other countries.

You can order the Mavic Air 2 now for $799, or pick it up with the Fly More Combo for $988. It's not much, but you can knock off another $10 with my referral link. Shipments will begin in about a week, and due to supply shortages caused by the covid-19 coronavirus outbreak, DJI is limiting orders to a single unit per person for now.

You can now video record Google's 3D animals and objects