YouTube's comment section has always felt like an afterthought on mobile — you have to scroll all the way past video recommendations to see it. Whether that's good or bad depends on how much value you see in comments, but we can all agree that the current interface is far from great, and YouTube saw fit to change it. The company has announced that it's adding a comment section preview right below a clip's description, expandable by tapping on it. There are also general changes to the watch page, like bigger Up Next thumbnails and the inclusion of community posts along these.

In the future, comments are collapsed into a preview that shows you a selection of top comments. Google emphasizes that these are automatically selected based on interaction and engagement, and that comments pinned by creators won't necessarily show up there. They will be visible at the top once you expand the section, though. As always, the video continues playing while you sift through other viewers' opinions.

This redesign has been in the works for a while already. We've first seen it as a button sitting between like and share, and then in the form Google has now settled on. 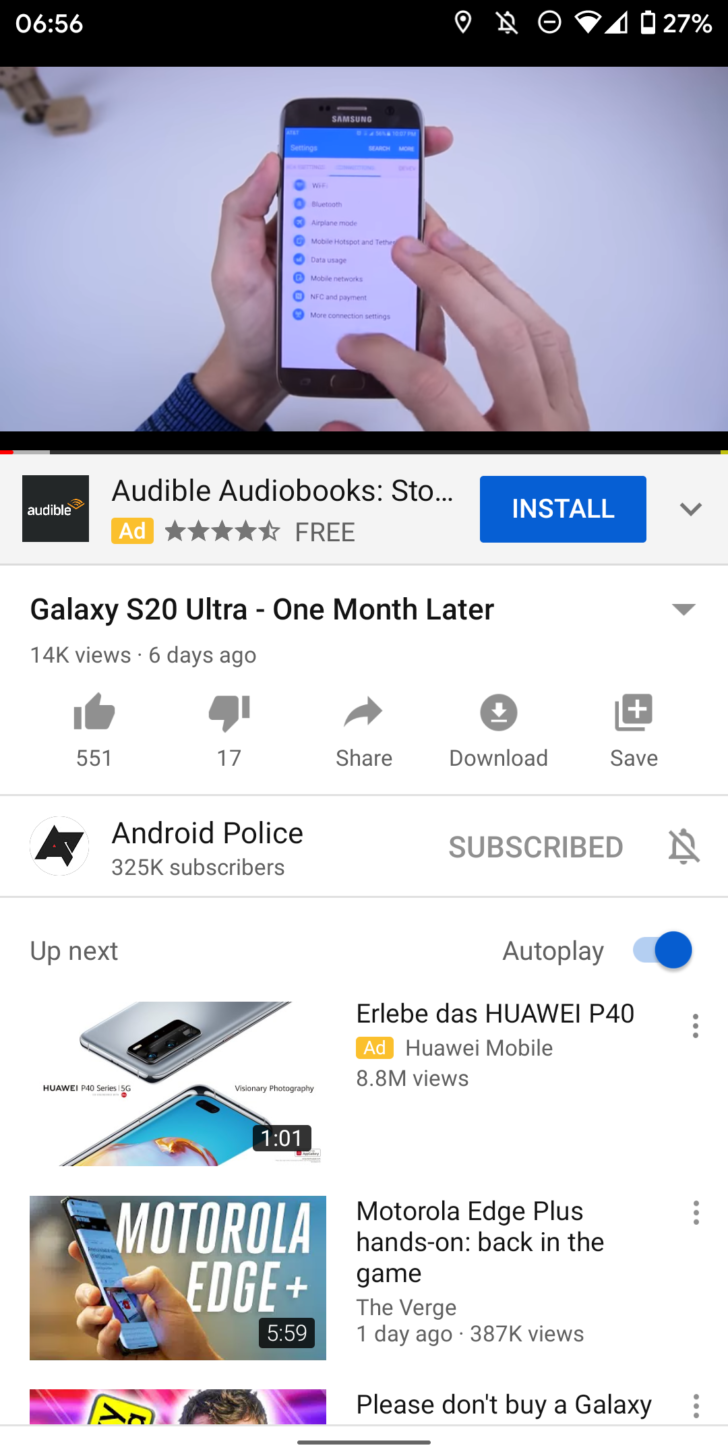 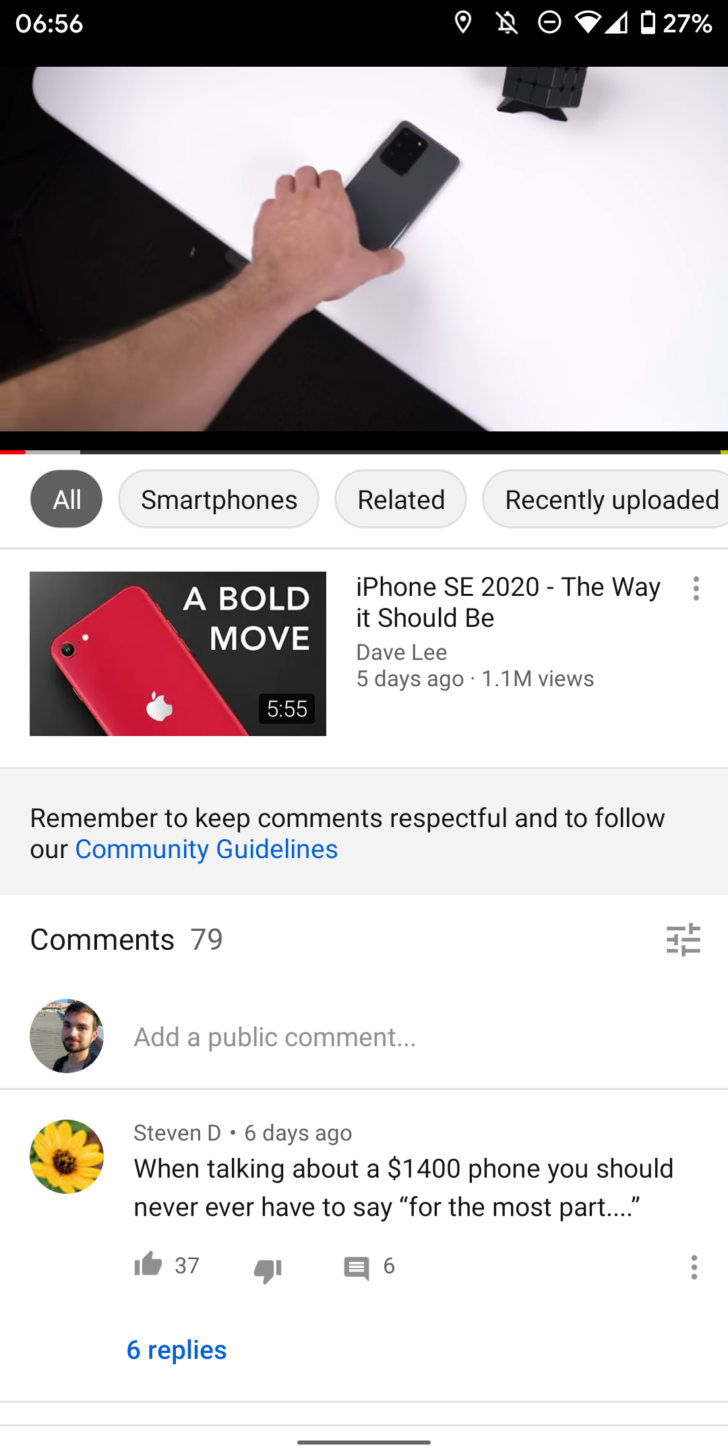 Another noticeable change has been made to the Up Next section. Video thumbnails now take up the full width of the screen, letting you see longer titles in full. They're joined by new types of content, such as community posts and YouTube Mixes, which are "tailored playlists created by YouTube featuring videos from the channel you’re watching, or that you recently watched."

The changes are rolling out via a server-side update "over the next few days" on Android and iOS, so there's not much you can do to receive the new interface faster. It's always a good idea to stay up-to-date, though, so be sure you've downloaded the most recent version of YouTube from the Play Store or APK Mirror.

LG will reveal its Velvet flagship on May 7

How to hide, favorite, and share photos from your Google Nest Hub (and other Smart Displays)