Sony makes some of the best noise-canceling headphones around, especially the WH-1000XM3 (which is overdue for a replacement). The WH1000XM3 is a premium set of headphones that regularly goes for around $300, and competing products like the Bose QuietComfort 35 II and Jabra Elite 85h aren't far behind. While Sony doesn't have a sequel to the WH-1000XM3 ready yet, it does have a new budget alternative: the $200 WH-CH710N.

The Sony WH-CH710N offers nearly everything I want out of a pair of headphones, and it does so at a price range that isn't ridiculous. While the sound quality isn't mind-blowing, there's still a lot to like here.

The Sony WH-CH710N is pretty much your standard black over-ear headphones. It's all plastic, with an adjustable headband and leather ear cups. Sadly, Sony is only selling this in a black color ⁠— although this isn't part of the same product line as Sony's popular WH1000XM3 headphones, it would have been neat to see the same silver/white color option. 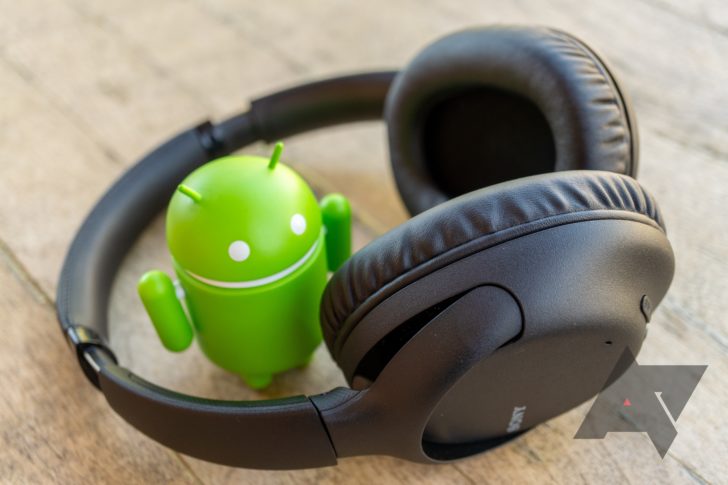 On the left ear cup is the power button (which you hold down to enter pairing mode), the USB Type-C port for charging, and the 3.5mm jack for optional wired audio. You can also tap the left cup to pair the headphones with your phone or tablet, via the NFC chip inside. The right ear cup has volume up/down butons, the play/pause key (which activates your phone's assistant when held down), and the switch for active noise cancellation. 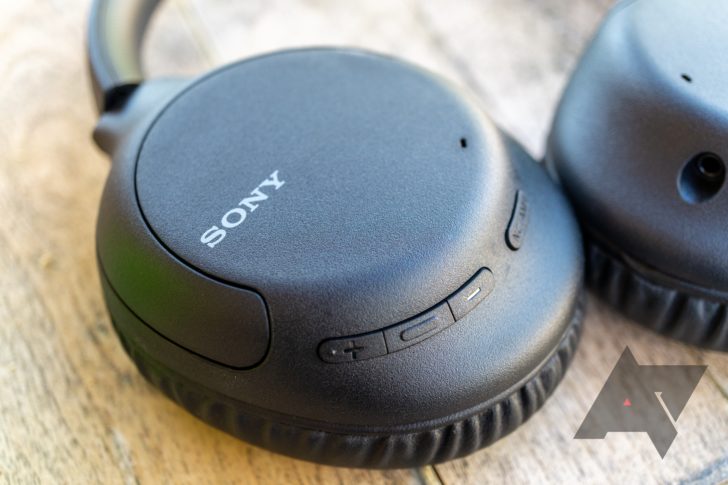 As for battery life, the headphones can last up to 35 hours on Bluetooth, or up to 50 hours on a wired 3.5mm connection (with noise-canceling on, in both cases). You can also get around 60 minutes of playback time after only 10 minutes of charging, but the headphones don't seem to support any kind of quick charging. Sony says it takes around seven hours to reach 100% capacity, which seems about accurate in my testing — even at low battery levels, the WH-CH710N only pulled around 2W from my wall adapter. Even if it's not fast, it's great to see a USB-C port on these headphones. 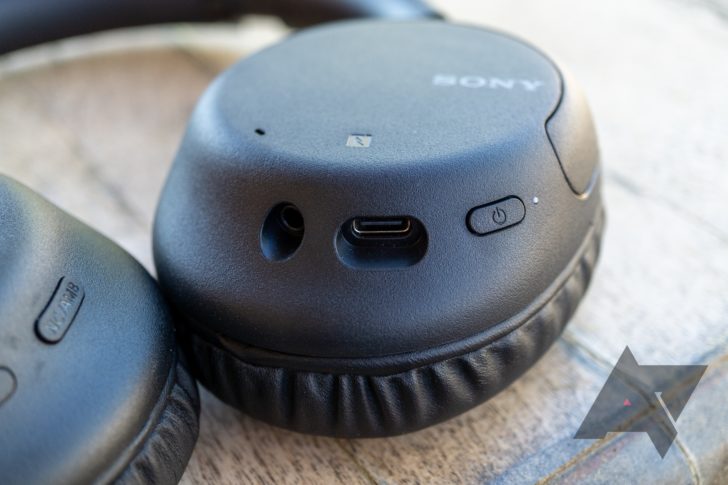 In the box, you get the headphones, a USB Type-A to Type-C charging cable, and a 1.2-meter 3.5mm audio cable.

I'd sum up the Sony WH-CH710N's sound quality as "fine." If you don't have any premium headphones, or you primarily use earbuds, the WH-CH710N is definitely going to be an upgrade. The immersion from the noise-canceling feature also helps — during an episode of Archer, I thought I heard rain outside my window, but it was just in the background of the show. 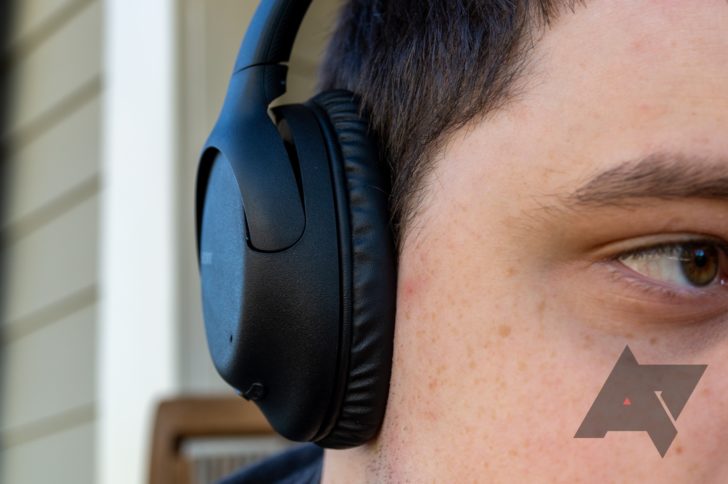 However, when I tested the WH-CH710N against my Audio Technica ATH-M40x, I noticed that audio from the Sony headphones sounded more compressed and tinny in comparison. The bass in music still delivers a punch, but vocals and higher frequencies don't sound amazing. Again, the Sony headphones still sound good in isolation, and I don't think anyone except audiophiles (or someone used to more expensive headphones) would be unhappy.

Active noise-canceling is why most people would be interested in the Sony WH-CH710N, and I'm happy to report it works well. As with other noise-canceling headphones, voices and other irregular sounds are only muffled, but ambient noise (rain, air conditioners, etc.) is completely blocked out.

These headphones also have a built-in microphone, and while it's best suited for talking to your phone's virtual assistant, it's passable for calls. You might want to use a dedicated headset for anything more than the occasional video chat, though.

Yes. While the Sony WH-CH710N doesn't have the mind-blowing sound quality that more expensive headphones might offer, the excellent noise-canceling, USB Type-C charging, great battery life, and relatively low price make up for it in my book.

Compared to Sony's more expensive headphones, you don't even lose smaller features like NFC pairing. If I absolutely had to nit-pick, I would say the small control buttons take some getting used to, but that more or less applies to all headphones without touch gestures.

Alternatively, if you're looking for something even cheaper, the Plantronics BackBeat Pro 2 usually costs around $120-150 and also offers active noise cancellation. You can see our review of it here.

The OnePlus 6 and 6T Open Beta program is over