LG's smartphone business has been in trouble for some time thanks to uninspiring hardware, dated software, and a dismal record on updates. The most recent LG flagships — the G8X ThinQ and V60 ThinQ — launched with dual-screen gimmicks that tried to piggyback on the folding phone fad, but neither have enough going for them to turn the company's fortunes around. Oh, those name surely don't help either. We now know that the G series is to be replaced by something entirely new, and LG hasn't been shy about giving us more details.

Originally teased a couple of weeks ago, the Velvet represents a new direction for LG that's far more focused on the kind of sleek design, modern design language we've seen rivals embrace in recent years. The rear glass and screen curve in together symmetrically, and there's an appealing "teardrop" camera arrangement on the back.

The video confirms a rumor we've been hearing about more than one flagship phone this year, that the LG Velvet will be using Qualcomm's snapdragon 765 rather than 865 chipset, which still supports 5G and performs well but at a lower price tag. Aside from the more forward-thinking design stylings, we can also glean a few other things details from the video — it'll have three rear cameras, arranged with the flash in a teardrop formation, it features what appears to be a dedicated Assistant button like other LG phones, and there's a headphone jack once again on the bottom edge next to the USB-C port. 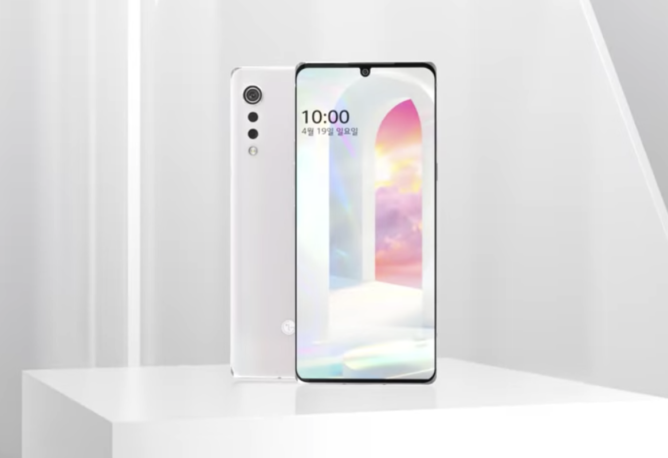 Before you get too excited, there are also reasons to be less enthused. It's disappointing to see another waterdrop notch in the display when hole-punch cutouts are arguably the more fashionable choice in 2020. There also doesn't seem to be much else in the way of innovation, but we can't know for sure until the device is officially launched. LG is expected to reveal all about the Velvet next month, so there's not long to wait.

LG has already revealed a ton of information about its upcoming Velvet phone, but no handset launch is complete without a proper event (except for when hurricanes strike or when you're called Apple). As such, LG has announced a digital unveiling event on its Korean YouTube channel. In the teaser, the company drops some hints on possible color variations while highlighting the Velvet's waterdrop camera design once more. You can tune into the livestream 10 am KST on May 7, which is 6 am PST May 6.

Some OnePlus 8 Pro pre-orders have screen issues, but fixes are coming