Total Commander (or Windows Commander back in the 90s) is one of the best-known orthodox file managers out there and made the jump to Android back in 2012 (check out our hands-on for some nostalgia). Version 2 followed soon after in the same year, and apart from a visual update to make it fit better within Holo and Material Design, the basic interface has been the same up until today. Version 3,0, which has been in beta since 2018, doesn't change that, but at least it packs a slew of new features compared to Total Commander 2.91. 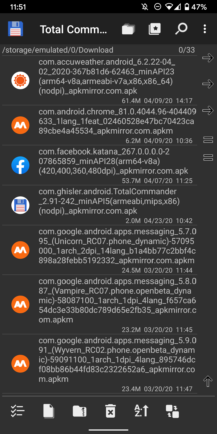 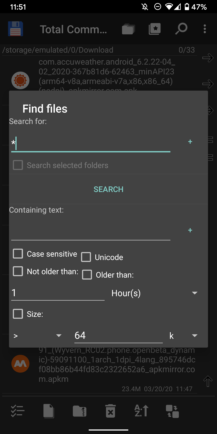 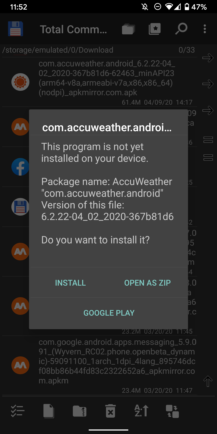 First and foremost, Total Commander 3.0 packs full support for Android 10 and its new face and fingerprint unlocking API. The app is also now capable of saving and installing split APK files and vastly expands the amount of compressed formats it can work with in addition to zip and rar: rar5, 7z, tar, gz, z, bz2, arj, lzh, iso, img, and cab. People who use external keyboards get some love thanks to shortcut support, and the media player's notifications have been improved. While you can manually change between dark and light mode (in addition to a whole theming section in settings), the app doesn't respect Android 10's system-wide dark theme yet. Check out the full official changelog below for all the minuscule additions and tweaks:

One advantage Total Commander has over other solutions is legacy support. It runs on Android versions as old as 2.2 Froyo, first released in 2011. It's also completely free to use. The aging interface with its unlabeled, non-standard icons isn't too intuitive, though, and even features like cloud storage integration, FTP connections, and ZIP support aren't exclusive to it anymore. But once you dive deeper, you'll find a lot of powerful extensions and functions that you don't see elsewhere. Someone who hasn't used orthodox file explorers at all before might still be better off starting with a simpler application like Solid Explorer — Total Commander is definitively power user and enthusiast territory.

You can download Total Commander on the Play Store, from APK Mirror, or on the project's own website.