While most people think of tethering as creating a Wi-Fi network from your phone's cellular data connection, Android also supports sharing its internet connection over USB or Bluetooth. Those options can be helpful in edge situations (e.g. using your phone as a Wi-Fi adapter for a PC without wireless support), and now there's another choice with Android 11: Ethernet tethering.

To be clear, Android devices have supported connecting to wired networks over Ethernet for years, but now an Android device can serve as the host network as well. The option is greyed out until you plug in a USB Ethernet adapter. 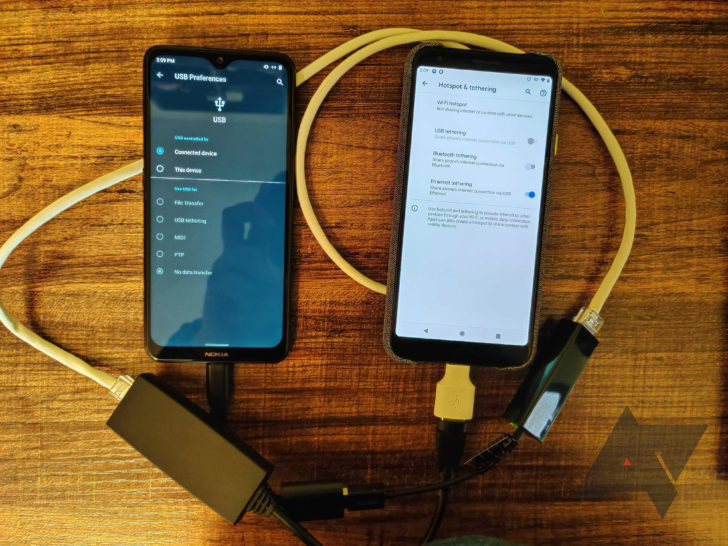 Pixel 3a on Android 11 sharing internet connection over Ethernet to a Nokia 7.2 on Android 10

While most types of devices that can use Ethernet already supported the USB tethering option, there are plenty that only accept wired internet over an RJ-45 LAN port: game consoles, older PCs, and so on. Interestingly, the existing tethering over USB setting doesn't seem to work when the target is another Android device, but the new Ethernet tethering feature does — when each phone has an Ethernet adapter, anyway.

I don't expect this will get much use from most people, but it could come in handy for diagnosing old PCs and other similar devices.

Some OnePlus 8 Pro pre-orders have screen issues, but fixes are coming