Android Auto saw some big changes last summer, including removal of the Google Feed-inspired home screen and the addition of semi-persistent audio controls in the navigation bar. While most of the changes were welcomed, a few things were lost in the transition. Complaints have been stacking up over the sacrifice of calendar integration, or more specifically, that there are no appointment reminders or a convenient way to kickstart navigation to the places you need to go.

From the early days of Android Auto, Google Assistant provided most of the calendar-related features. Notifications on the home screen would alert you to upcoming appointments and provide one-tap navigation. Direct integration with the calendar was implemented later, but didn't result in any significant changes to the experience. 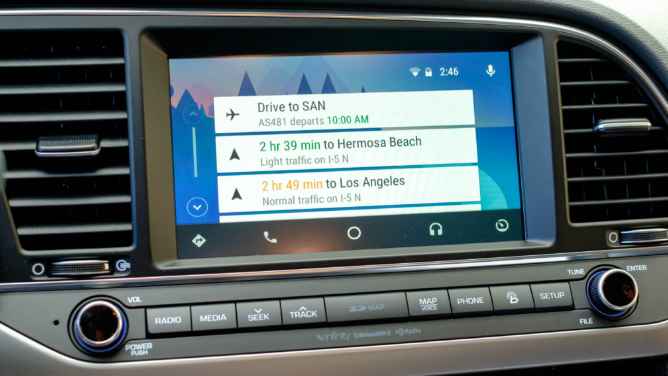 Appointment notifications would appear in the home screen feed, showing your next scheduled event. Some reminders included travel times or recommended departure time if there was a location included in the appointment, and you could tap these cards to quickly launch navigation with Google Maps. There were also a few special cards, like those for flights that included departure times.

The home screen and its feed were removed last year as part of the redesign. Notifications for text messages and missed calls migrated into a dedicated screen — and let's be honest, it's designed to be ignored — while notifications for things like appointments and reminders are effectively unsupported, or at least don't appear anywhere.

If you want to know about upcoming events, you can still ask Assistant with voice commands or run the Calendar "app" from the launcher to get audio-based details about your schedule. Of course, these are intentional actions rather than automatic reminders, so it won't help if you're not regularly checking. Furthermore, these methods don't provide any way to launch navigation to the next destination. 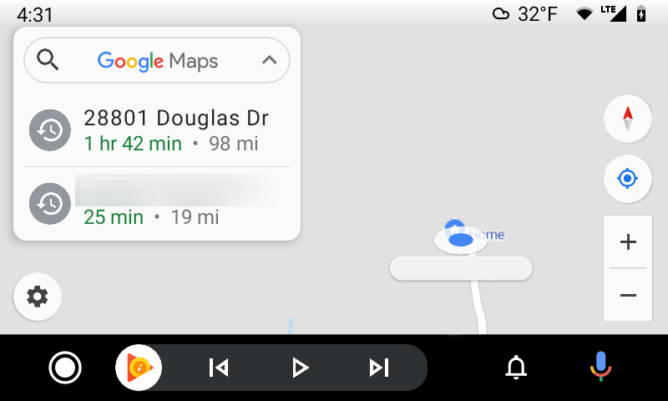 There is an interesting detail regarding navigation. Google Maps may include the destination of your next event in its location suggestions. For example, the screenshot above includes an address for an upcoming event I scheduled at an airport. There are debates about whether these are actually coming from events or if they only show up because they are considered historical searches in Google's properties, like Maps and Calendar. In my own tests, the results were too inconsistent to judge which is true.

Regardless of how the suggestions are chosen, they're not serviceable replacements for the appointment notifications that used to exist. They aren't named or clearly marked as event destinations, so users would need to recognize the street addresses to get much use from them. And again, there aren't any reminders, so you would also have to regularly check the list to see if it has changed.

The loss of appointment support hasn't gone unnoticed, support forums (and our comments) have had a number of complaints from people that miss this valuable feature. Some threads have amassed dozens, or even hundreds of comments and upvotes, and community support members have raised feature requests to the Auto team for consideration.

While there are surely several ways to improve on the appointment reminders, the Android Auto team was onto something really good with the original. It may be able to fit into the notifications screen, or perhaps it could become even better with more direct interface changes, but it would surely be welcomed back by many drivers.