Today Google is releasing its third Developer Preview for Android 11. Unfortunately for the Android enthusiast crowd, all of the headlining tweaks in Google's announcement are developer-targeted, though we're guaranteed to find more changes hidden inside DP3.

According to Google, there are five big changes in Android 11 Developer Preview 3 — and one of them might not be that new: 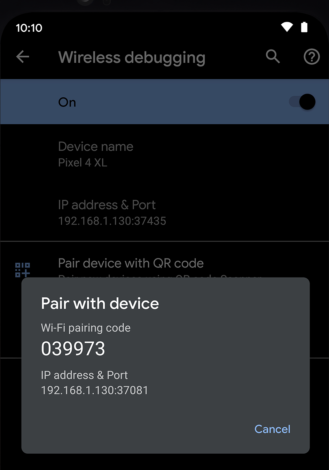 Of course, these are just the changes Google is willing to publicly advertise in DP3. The last releases had several large user-facing changes that weren't formally announced, so there's a good chance we could see more substantial changes hiding behind this list. Anticipate our coverage in the coming hours.

As with the previous Developer Preview images, DP3 isn't meant for the hoi polloi, so you can't just opt in on a web-based form to pull it down, as you will likely be able to do when Android 11 reaches beta. Installing this version still requires clearing the hurdle of manually flashing/sideloading it at least once. But, once you're on the Developer Previews, you'll get OTA updates for subsequent releases (including the X.1 bug fix updates we've been seeing with Android 11 Developer Previews).

OTA and factory images should be live soon, and the update will soon be rolling out for devices already flashed over to the previews. Developers should have access to the updated emulator images and SDK soon as well.

As this is the third Developer Preview, we anticipate the next release will be a more open beta — still not fit for public consumption, but a bit safer and less subject to change compared to these early previews. Developers should also take note that this is the second to last release before Android 11 hits Google's "Platform Stability" milestone with Beta 2, at which point APIs, graylists, and other developer details for the new version will be final.