Samsung's Galaxy Z Flip is getting a new software feature for its "Flex mode," which changes app interfaces depending on the angle of the hinge. An update to the YouTube app rolling out today will deliver new Flex mode tweaks to Google's streaming app, separating video from the description/comments/recommendations while playing content. 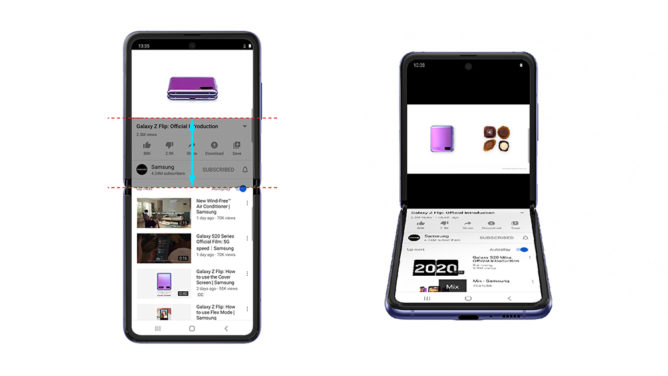 YouTube on the Z Fold normally (left), and when half-folded (right).

YouTube isn't the first Google app to take advantage of Flex mode, Duo already uses it to resize the video feed when you use the base as a sort of impromptu tripod/stand. Videos will expand to fill the roughly square space, so widescreen videos will end up with some pretty strong letterboxing.

The new feature will be delivered via an update to the YouTube app on the Play Store, which will start rolling out beginning today. "Several other innovations," presumably expanding Flex mode's use cases, are also planned for the future.