Motorola has slowly dropped out of the flagship phone race in recent years, but it's coming roaring back in 2020 with the Edge+. It's got all the latest hardware including a Snapdragon 865, millimeter wave 5G, and a gaggle of camera sensors. It also has the curviest curved OLED panel you've ever seen. You'll only be able to see it on Verizon, though. Motorola has a cheaper version of this device called simply the Motorola Edge, but we know much less about its release plans here.

Motorola's Z-series devices used to be solidly in the flagship space, but they've slid into the mid-range more recently. The Edge+ is back to offering a mostly no-compromise smartphone experience with the fastest hardware and mobile connectivity available. There's no Mod connector on the back, though. Motorola has refused to admit Mods are dead, but it really looks that way.

The Edge+ will be a Verizon exclusive in the US, so the company is really pushing the 5G angle hard. This phone has millimeter wave 5G, which will be great for the tiny number of people who have reliable access to Verizon's super-fast network. As Verizon moves toward lower 5G frequencies, the Edge+ will be able to take advantage of that as well. 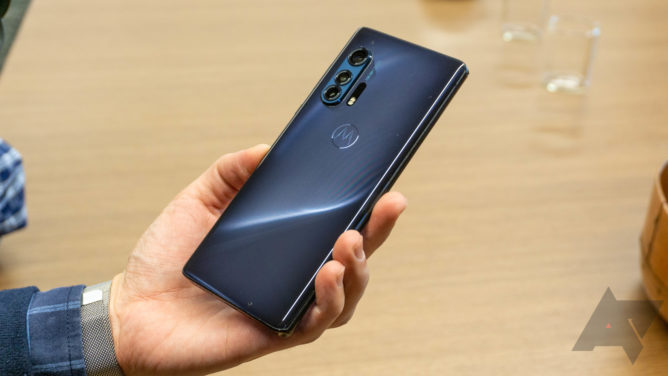 Curved displays might be going out of fashion for Samsung, but Motorola is really into the curve. The Edge+ display curved down 90-degrees on the edges, but you can turn the edge sections off in apps if you want. Around back, the phone has three camera sensors including a 108MP module that bins photos down to 27MP. The Edge+ also supports 18W wired charging and 15W wireless charging.

The Edge+ will launch on May 14th exclusive to Verizon, priced at $999. The Edge+ will be available on multiple Canadian carriers soon, but it sounds like Verizon will be the only option on this side of the border. 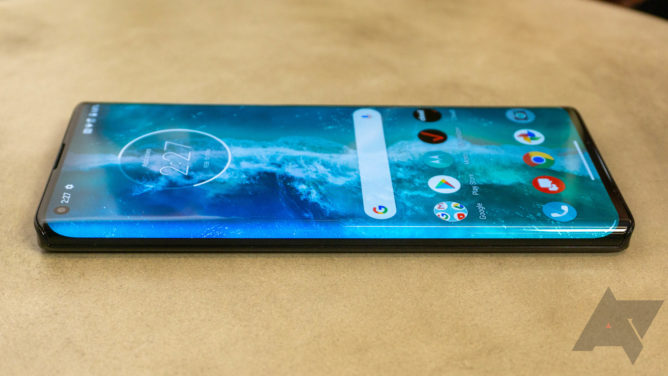 Motorola's other new device won't appear until this summer, and we don't have much else in the way of specifics here. The Motorola Edge is a more down-market version of the Edge with a Snapdragon 765 (no mmWave 5G), 4GB of RAM, a 4,500mAh battery, and the same 6.7-inch OLED. It seems unlikely this will be a Verizon exclusive without millimeter wave 5G, but that's just speculation for the time being.