If you've been waiting for Google to finally start selling its second-generation Pixel Buds, you may need to check your ensemble expectations if you live outside the United States. The company has cut down the number of colors it has listed for the 10 foreign markets the Pixel Buds 2 will be in.

Recent changes to listings outside the states as spotted by 9to5Google have made clear that the true wireless earbuds will have a limited go-to-market outlay. 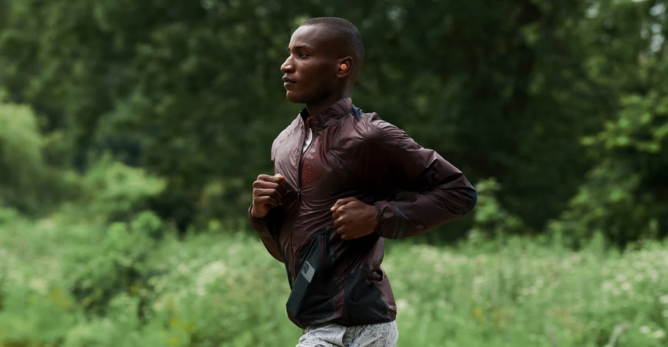 One subtle difference you'll find between the U.S. and international listings is this picture of a jogging man wearing a Pixel Bud. American customers see a version where the bud is Oh So Orange (above) while others will see him wearing a Clearly White bud (below). 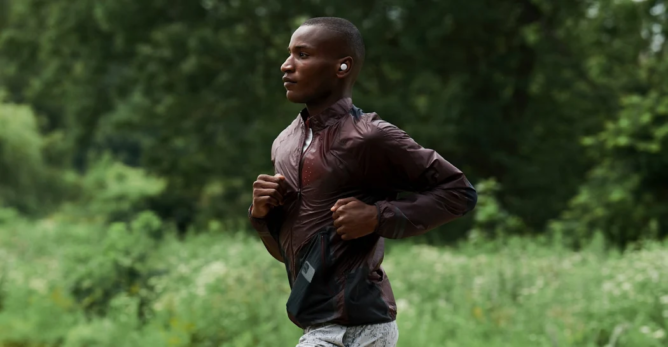 But the most apparent edits to the international store pages are the actual color listings. Google Store sites for Australia, Canada, France, Germany, Ireland, Italy, Japan, Singapore, Spain, the U.K., and the U.S. originally illustrated the Pixel Buds in four colors: Almost Black, Clearly White, Oh So Orange, and Quite Mint. Scrolling down to the bottom of this Google Store Canada page archived on February 9, you'll find a carousel module promoting all four colors.

Today, though, you'll see these colors in the carousel for these countries:

The U.S. is left as the only market to see all four colors while Japan loses out on Oh So Orange, and the other eight countries get only Clearly White.

There's a chance that stock of the other colors will eventually get spread around, but it looks like first buyers will have to get used to a neutral color if they want a pair of Pixel Buds 2. We won't know for 100% certain until Google moves on from the waitlist stage.

This post has been updated with the recent removal of more colors option from the Canadian and UK Stores. Both now only list the white Buds 2, whereas they still had black a few weeks ago. Thanks, Tristian Hill!