If you're a Wunderlist user, you're probably aware the app is set to disappear next month. I've personally used it for years and swore by it. I gave Microsoft's in-house replacement a try, but it wasn't good enough for me, so I had to turn to another solution. However, there's a new player on the market that might be the perfect replacement for Wunderlist, called Zenkit To Do. In fact, it looks so similar to Wunderlist that you might actually think it's just an updated version.

Just like Wunderlist, signing up to Zenkit To Do is dead easy, as you can create an account using your Apple ID, Microsoft, Facebook, or Trello account. Similarly, importing your items from Wunderlist takes just a few clicks for all lists and tasks to be replicated.

If you're switching from Wunderlist, you're probably accustomed to its sleek interface, and you'll be happy to discover Zenkit To Do has a very similar one with customizable backgrounds. Lists are organized exactly like in Wunderlist, including smart ones that group starred items together, tasks due this week, etc. There's even an Inbox, just like in Wunderlist, but, surprisingly, my imported items ended up in a new list called Inbox, instead of them being merged with the main one.

Thankfully, not everything is the same. Like most productivity apps, there's an option to organize lists into folders. These are limited to 20 with a free subscription, but that should be enough for most people. However, there's a 2,400 cap on the number of tasks that can be created (including completed ones), which can be much more annoying depending on your usage. Also, despite looking almost everywhere, I couldn't figure out how to create, rename, or delete folders on my phone.

When it comes to the list view, the layout is again very similar to Wunderlist, with completed items being shown in a separate section underneath the pending tasks, as well as an option to quickly add one using the field at the top. There's a neat option to email or print the list at the bottom, as well as share it with other people. For each task, you can set a due date and reminder, add subtasks, notes, comments, and attachments, just like in Wunderlist — even the layout to add these is the same. When using subtasks, the main list lets you visually see how much has been completed, as the line turns into a progress bar, another feature reminiscent of Wunderlist's desktop version. When completing a task, the app plays a chime to congratulate you — or let you know you've accidentally marked it as done, just like another popular German app that's about to die.

To this point, Zenlist To Do looks like a mere Wunderlist copycat, but that's not necessarily a bad thing for the ones who loved the defunct app — despite the fact that the product team probably wasn't very inspired. Sadly, there are some caveats that make the app come short of expectations. First, there's no widget, something that should be common sense for any list management app. Then, one of the things that made Wunderlist so easy to integrate with third-party apps was its ability to handle emails to lists, a feature Zenlist says is coming soon, but only for people with a paid membership. Similarly, a bunch of other functions that Wunderlist had aren't available yet, such as date parsing, tags, smartwatch support, calendar integration, etc. More annoyingly, the app experience itself isn't enjoyable: it feels like you're using an embedded webpage instead of an actual app, lists take time to load, animations are laggy, etc.

When I learned there was a potential Wunderlist replacement, I was excited about it and thought I might have found my new favorite task management app. Unfortunately, I was disappointed by Zenkit To Do, as it tries a bit too hard to copy Wunderlist, without offering the seamless user experience I loved. It's actually not the first time Zenkit has tried to market itself as a Wunderlist replacement, as it already did so with its standard offering back in November, but now thought it would be a smart move to copy a dying app.

Zenkit To Do does — or rather, will, as most of these features haven't been released yet — have a great argument against some competitors though: Its ability to integrate with the Zenkit Base solution, allowing project managers to coordinate complex matrix plans with Kanban views, while less tech-savvy users can use the To Do app to review their tasks in a simplified manner.

I still recommend you give the app a try if you're missing Wunderlist's looks, but you probably won't be blown away by Zenkit To Do. For my part, I've been using Todoist for a few months now, and have been relatively happy with it, even though I'd still prefer to use Wunderlist if I still had the chance. Until I find a better solution, I'll keep using Todoist, as it's the one that's been easy to integrate with other apps while keeping an intuitive UI. 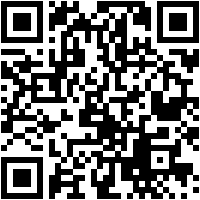