CyanogenMod was the king of custom Android ROMs for years. Not only did it add plenty of great features on top of stock Android (Theme Engine, anyone?), but it also brought newer versions of the OS to devices that were never officially updated. LineageOS has done an excellent job of maintaining that legacy over the past 3+ years, and the project recently released version 17.1 of the ROM, based on Android 10.

So, what is it like to use LineageOS in 2020? Does Lineage's take on Android 10 feel significantly different than the stock OS? That's what I wanted to find out, so I flashed the latest build on my trusty 2016 Google Pixel and had a look.

I was a bit worried that the installation process had become more complicated in recent years, but at least on my Google Pixel, it's no more difficult than flashing a ROM on any of my other Pixel or Nexus devices was. Download the ROM, grab the appropriate Google Apps package (unless you want to go with hard mode), unlock the bootloader, and run a few ADB commands. 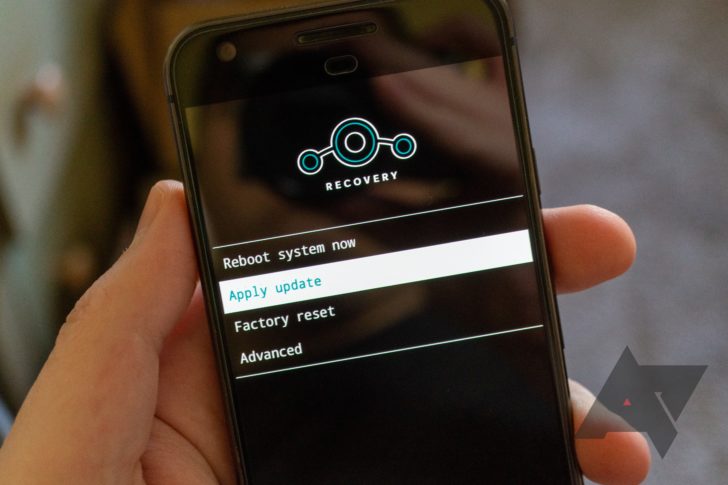 This was my first time trying out Lineage Recovery, the project's custom recovery partition designed to be used in place of TWRP. It's built to handle devices with A/B partitions (a.a. seamless upgrades), and though it was first introduced almost two years ago, only now is it the default choice for all phones and tablets running LineageOS. In the announcement blog post, Lineage said some devices might also support other recoveries, but it would be up to the maintainers:

Lineage Recovery is now the defacto install solution for LineageOS. It will be built by default for all official devices. This was done purely to streamline the process and prevent having to coordinate releases. This is not at all to speak ill of other custom recoveries, they’re great! Several of them even contributed to Lineage Recovery in one way or another. Maintainers will, as always, be able to specify an alternative recovery on their device’s Wiki page, so long as they provide full instructions for its usage.

Lineage Recovery is rather light on features compared to TWRP — there's no file manager, or way to create full system backups — but it works just fine for installing Lineage and keeping it updated. Wiping the stock ROM on my Pixel and setting up Lineage was just as quick and painless, following the official installation guide. 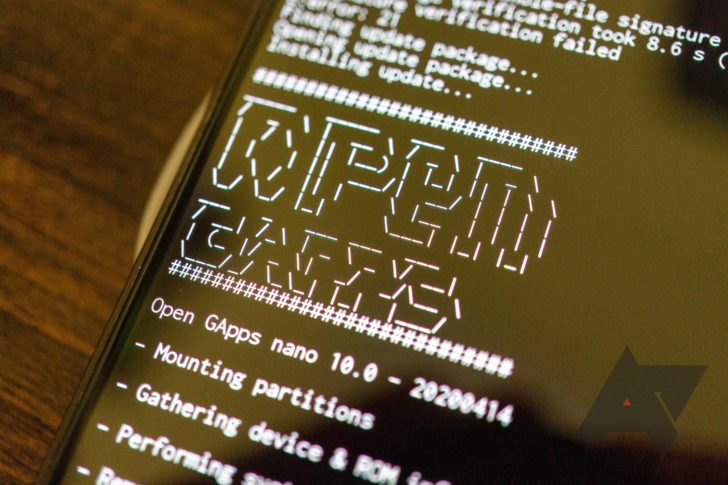 Once I rebooted into LineageOS, the setup process was largely identical to setting up any Android 10 phone — enter a Wi-Fi password, log into Google, you know the drill.

LineageOS still retains the look and feel of stock Android, but with a few added features. I've always preferred the design of stock Android over any OEM skin, so even though some of the functionality I'm used to on OxygenOS and One UI aren't here, I don't really have any complaints with the interface. 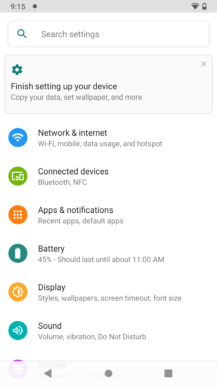 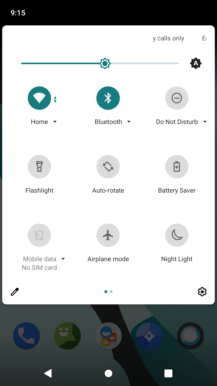 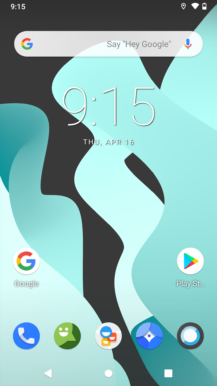 By default, LineageOS looks identical to stock Android 10, but you can customize the appearance a bit. While the CyanogenMod Theme Engine of old is gone, and Lineage never fully supported Substratum theming, LineageOS 17.1 does introduce a completely new Styles page. It works similarly to the theme options on Pixel and OnePlus phones: you can set a custom font, icon shape, accent color, and so on. However, there doesn't seem to be a way to set a custom icon pack system-wide, like OxygenOS allows. 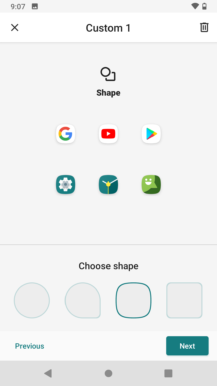 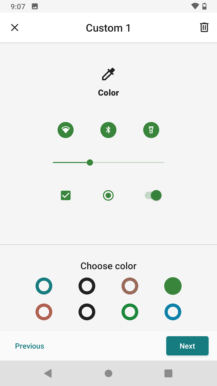 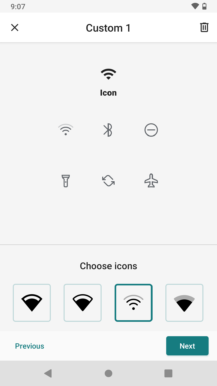 There are also a few other minor improvements to the system, like the ability to capture partial screenshots from the power menu, Note10-style. LineageOS also now boasts support for pop-up/rotating cameras, in-screen fingerprint sensors, and Emoji 12 support in the AOSP keyboard.

While I do wish there were a few more features present from popular manufacturer ROMs (like the screen recorder with system audio from OxygenOS and One UI), I was excited to find out that LineageOS has support for scheduled dark mode. That's something my OnePlus 7 Pro can't do on its stock ROM, and was only recently added to Pixels.

Beyond all the LineageOS-specific tweaks, you also get everything from stock Android 10. That includes the new full-screen navigation gestures, improved notification management, the updated share menu, and much more. We have a list of every new Android 10 feature here, if you need a refresher.

Most of the work that goes into LineageOS is updating, or outright replacing, the core applications in AOSP (the open-source branch of Android). For example, AOSP doesn't really have a browser anymore, so Lineage developed its own from scratch that uses the system's WebView component. The browser is probably my favorite of Lineage's apps, especially since it stores tabs in the system app switcher — just like Chrome did years ago. 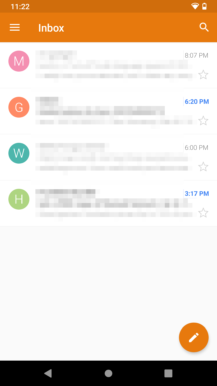 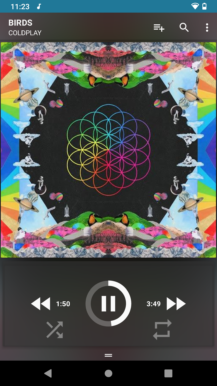 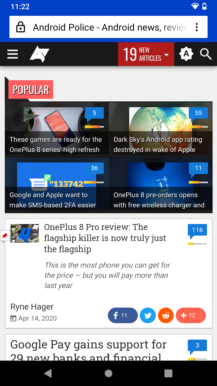 The Music app is also built from scratch by Lineage, and it works well for playing locally-stored MP3s. It is a bit strange that it doesn't support changing the track time from the notification though, like many other music apps on Android 10.

I have to give props to the LineageOS team for its icon design — all the preinstalled applications have fantastic logos that are vaguely reminiscent of early Material Design icons. I'd almost forgotten what it was like to have app icons that weren't primary colors on a white circle.

Countless custom ROMs have come and gone over the years, but LineageOS has managed to stick around during all that time. I don't mean to disparage the developers of other ROMs — maintaining an entire operating system in your free time is no small feat — but Lineage is still the only distribution that has reliably kept older phones and tablets up to date over the years. 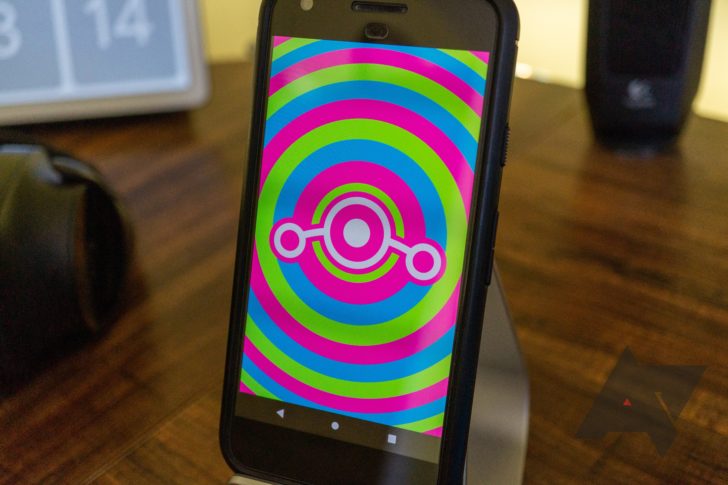 Even though I don't have a reason to use custom ROMs on my primary phones anymore, CyanogenMod and LineageOS have extended the life of several of my devices. In fact, the 2016 Pixel I used for this article is no longer supported by Google.

I'm glad to see LineageOS is alive and well, even in an age where the stock ROMs on most phones and tablets are good enough for most folks. It's keeping the dream of open-source Android alive, as well as preventing perfectly-functional phones from being thrown in landfills.