Many of our readers are probably debating the merits of the OnePlus 8 Pro, and though we touched on it briefly in our review, there's one major perk to ownership you should probably remember if you decide to buy one. OnePlus's first-party cases are always pretty great, but the new Sandstone cases for the OnePlus 8 and 8 Pro are, frankly, fantastic. If you buy either phone, don't slum it with a third-party case unless you need some specific feature. If you aren't familiar with OnePlus's Sandstone finish, it actually goes way back. The original OnePlus One came in two colors, Silk White and Sandstone Black, and that last colorway was a rough, not-quite-rubber, not-quite-plastic matte finish that plenty of folks immediately loved. For some, it got dirty pretty quickly, and it easily showed marks and damage, but it was a pleasant change from what most phone manufacturers were doing at the time. 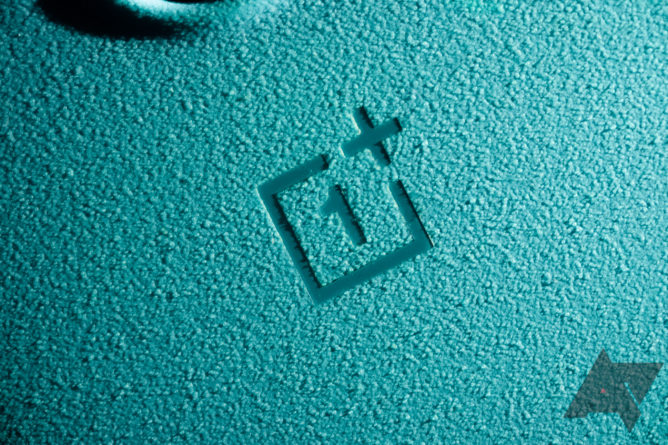 It's not actually as rough as this lighting makes it look, but it shows the gritty texture well.

"Sandstone" has changed a bit over the years, becoming rougher and grittier compared to the fine smoothness of its namesake, but it's still something long-time owners will recognize. OnePlus's revised Sandstone takes to wear and use a bit better than the finish on the OnePlus One did, marking up less with scrapes and scratches. If you haven't had the pleasure, think of a sort of hard, almost rubberized plastic sandpaper, and the texture you imagine will probably be close.

When the company stopped offering the finish as an option for its phones with the OnePlus 3, it brought the texture back as a snap-on style case, which has persisted up until the recent OnePlus 7T. But these new "Sandstone Bumper" cases have a revised design. Unlike the old snap-on versions — which left the top and bottom of the phone exposed — these new cases are in the so-called "hybrid" style, with a solid back and a flexible surrounding bumper. They're much more protective and resilient compared to the hard plastic cases previous phones had.

I've long been a fan of OnePlus' first-party cases. When the company stopped selling the snap-on wood and kevlar variants (which I really loved), I even tracked down manufacturers in China that were still making them for more recent devices, and much of the last year my OnePlus 7 Pro sported a snazzy, super-thin bamboo case. Even though they gave up on my favorite style, I've always found the company's own cases to be the best choice for its phones. And these new hybrid/bumper Sandstone cases are exceptional. 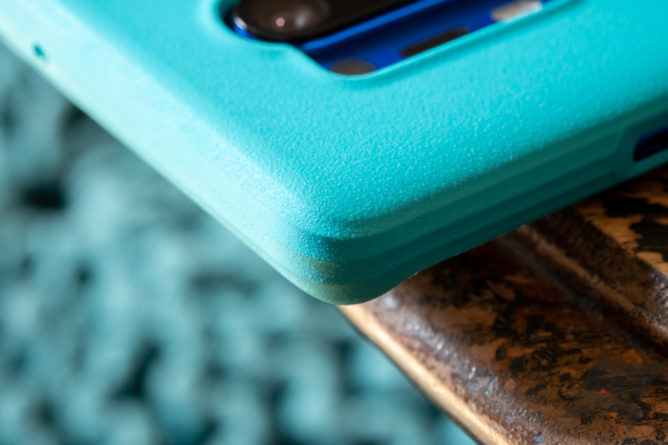 The overall fit and finish are impeccable, with no looseness, gaps, or warp, as you might find with some third-party cases. And beyond the texture and materials, the design is pretty snazzy too, with sloping lines in changing widths wrapped around the sides. Buttons are every bit as clicky, and the cutout for the alert slider is well-shaped for either fingertip or fingernail to catch the edge of the switch. Though it was ultimately (and wisely) cut from the review, I spent way too long waxing poetically to my Android Police coworkers about how much I enjoyed all the little details of the case. 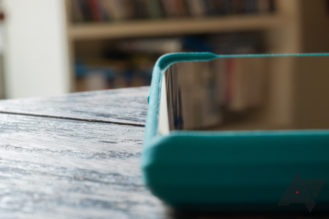 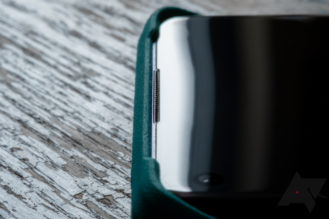 No gaps or warping anywhere around the edges — that stuff drives me nuts.

That's not to say everything is perfect. I think the shape of the cutout for OnePlus 8 Pro's camera is a bit awkward, and Ryan ran into some issues with his case picking up some unsightly discoloration around the edges. (I used mine for two weeks and had no such trouble, and OnePlus had no explanation for the difference in our experiences.) They also only come in a few colors, though I'm told by other reviewers that the new Cyan finish goes well with the Glacial Green color. 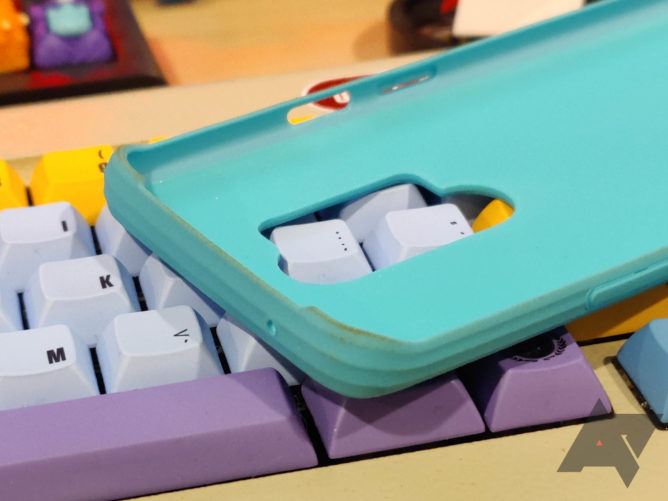 My case is still impeccably clean, but Ryan's got grungy in no time.

I'm really picky about my cases. I can't stand most of the go-to third-party options, and I hate the idea of covering up something worth almost a thousand dollars, made of relatively premium metals and glass, with cheap ugly plastic and gross TPU.

Frankly, I don't really care if my endorsement here reads like an advertisement. With years of accessory experience for the company's phones under my belt, I'm utterly convinced that the best cases for OnePlus phones are OnePlus's cases, and this new hybrid-style Sandstone case is so nice, anyone picking up a OnePlus 8 or 8 Pro owes it to themselves to snag one. 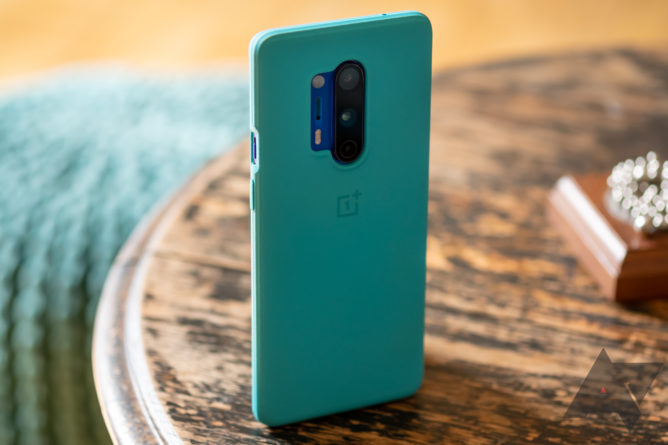