Samsung's tablet lineup is almost as convoluted as its smartphone strategy. The Galaxy Tab S6 is at the top, with the budget Tab S5e dropping pen support and going with a cheaper processor, but leaks for a new Tab S6 Lite started popping up last month. Now the tablet is official, though pricing and availability details are still unknown.

The Tab S6 Lite is a bit closer to the Tab S6 than the Tab S5e was, since it has full S-Pen support (and one is included in the box, unlike with iPads). However, the pen doesn't seem to have a built-in battery for air gestures and other wireless functionality, like the Tab S6's S-Pen. In that respect, it's closer to what you'd get from the Note 10 Lite's stylus.

The RAM, storage, and cameras have also been downgraded slightly from the Tab S6. The AMOLED has also been replaced with a regular LCD, which is a bit of a strange decision, since the Tab S5e retained the Tab S6's AMOLED screen.

Other highlights of the Tab S6 Lite include Android 10 with One UI 2.1, message and call forwarding from compatible Samsung phones, and all the usual Samsung software features. It looks like a great device, though Android still has far fewer tablet-optimized apps as iPads do. 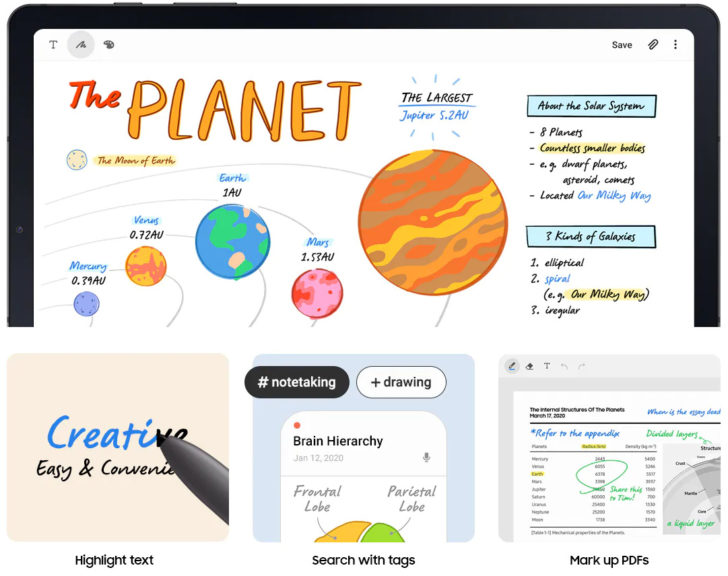 The Tab S6 Lite was first publicized on Samsung's Indonesia site with no price listed. Earlier rumors pointed towards a cost of around $400. By comparison, the base iPad currently costs $330 in the United States, and a first-generation Apple Pencil adds another $100.

Samsung will be bringing the Galaxy Tab S6 Lite to the U.S. this quarter. It'll be available in Angora Blue, Chiffon Rose, and Oxford Gray colors and will start at $350 for a 64GB unit.

Google Meet is getting Gmail integration and Zoom-style grid layout