Late last year, a new QR-based feature for sharing URLs was spotted in development for Google Chrome. Previously, the button it added to the omnibar did precisely nothing, but as of today, the Canary Channel version of Chrome actually spits the QR code graphics —adorable Chrome dino and all.

Above and Below: The two ways you can trigger QR code generation, after enabling the flag in Chrome Canary (chrome://flags/#sharing-qr-code-generator). 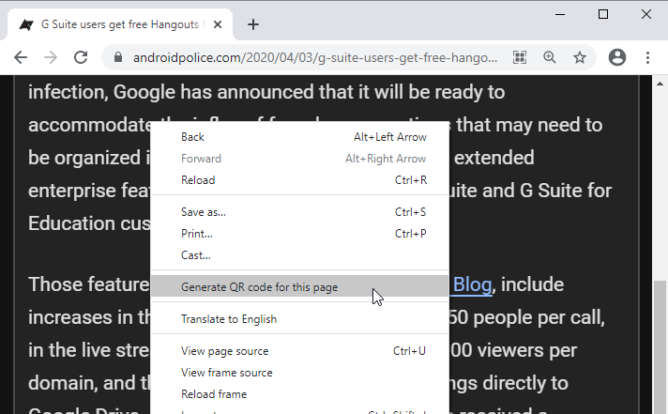 We tested the feature on the latest version of Chrome Canary for Windows, and after enabling the associated flag, it's functioning as expected, and as it didn't the last time we saw it. Now when you click the QR code-generating button in the omnibar, or right-click a page and select "Generate QR code for this page," Chrome will successfully spit a working QR code. 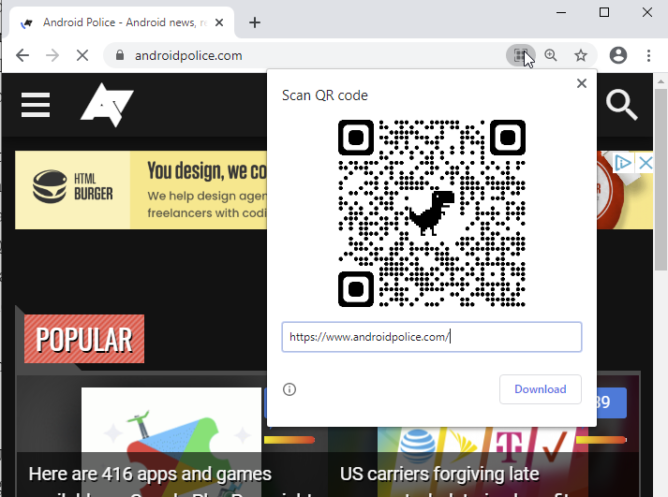 You can also modify the URL without having to navigate to a new page — simply typing in the box below the images generates new codes as you type. However, there is an 84-character limit to URL lengths right now. 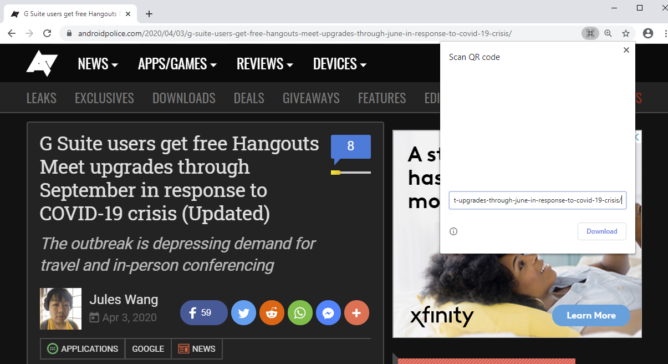 Too many characters in the URL, and no QR for you.

As you'd hope and expect, these dino-filled QR codes generated by Chrome's page-sharing tool already work as they should, so you can scan them in Google Lens or your preferred QR-reading app. The only thing that doesn't work right is the "download" button. It sounds like it should be able to export an image of the QR code, but as of now, all it spits is a tiny, solid-black image.

The feature is live for us in the current Canary version of Chrome for Windows (84.0.4116.2), but it wasn't present for us on Android. This QR code page sharing feature is clearly still a work in progress, so we may yet see a few more changes land before it hits Stable.

Stadia rolls out support for 5.1 surround sound and an on-screen keyboard for gamepads in Chrome