Thanks to a report on Serebii, we have learned that Pokémon Rumble Rush will cease service on July 22nd, 2020, at 01:59 UTC, and as of today Poké Diamonds (the title's premium currency) will no longer be available for purchase. Refunds for this currency will be available until July 22nd, the day of closure, so if you still have a few Diamonds lying around, it's probably best that you either use them now or start the refund process.

It has been confirmed that Pokémon Rumble Rush will cease service on July 22nd 2020 at 01:59 UTC meaning it'll no longer be able to be downloaded, update or played. Alongside this, as of today, you will now longer be able to purchase any Poké Diamonds and there will be a refund for unused Diamonds starting July 22nd. With this, they have put out the plans until then.

On May 27h an update adding even more Pokémon will go live. You'll be able to goto many seas and see many Pokémon. Battle Royale w9ll be powered up with special participation requirements

As you can see, Pokémon Rumble Rush isn't long for this world, and despite the fact that this was clear last year when the game was released, I suppose it's still a bummer for the fans of this title to learn all of their hard work has been pointless. While I recognize this is the sort of situation where platitudes like "the journey matters more than the destination" are relevant, it's still hard to shake the idea that The Pokémon Company planned to cut this game's life short the second it wasn't profitable. 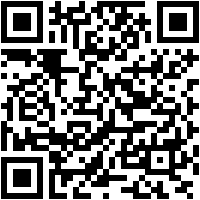 Slack finally lets us set custom message reminder times, because not everyone starts work at 9am