Phones from Huawei sub-brand Honor are among the best I've reviewed — they tend to have all the best bit from Huawei flagships, including excellent cameras, but with a smaller price tag. At an event in China today, Honor has announced its latest smartphone lineup, headlined by the Honor 30 Pro and Pro+. As we've come to expect, they share more than just looks with the recently launched Huawei P40 series.

The formidable Kirin 990 5G processor powers the Pro and Pro+ models, along with at least 8GB of RAM and 128GB of storage. They feature 6.57-inch 1080p OLED waterfall displays with a large punch-hole cutout housing 32MP and 8MP dual-selfie cams. While the Pro+ model goes up to a 90Hz refresh rate, the Pro sticks with 60Hz. All the best action is on the back — the 30 Pro+ has a 50MP primary camera with Sony's large IMX700 sensor and an RYYB filter. It's complemented by a periscope zoom lens capable of 5x optical and 50x digital zoom, plus a 16MP ultra-wide. On the Honor 30 Pro, the main camera is just 40MP, but the camera setup is otherwise the same. Dual stereo speakers and a VC liquid cooling system round out what is an impressive spec list for a pair of phones that aren't all that expensive. Since it costs substantially less, the standard Honor 30 gets the Kirin 985 5G processor instead, which is a new chip from Huawei that's also built on the 7nm process. Its camera module consists of the same 40MP primary and periscope zoom lens, but the ultra-wide is downgraded to 8MP. A 2MP macro lens is thrown into the mix, which seems superfluous, in all honesty. All Honor 30 series phones have 4,000mAh batteries and charge at 40W, but the Pro+ goes one step further with support for 27W wireless charging. 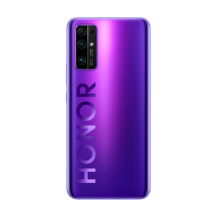 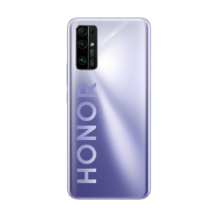 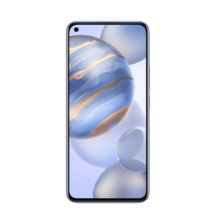